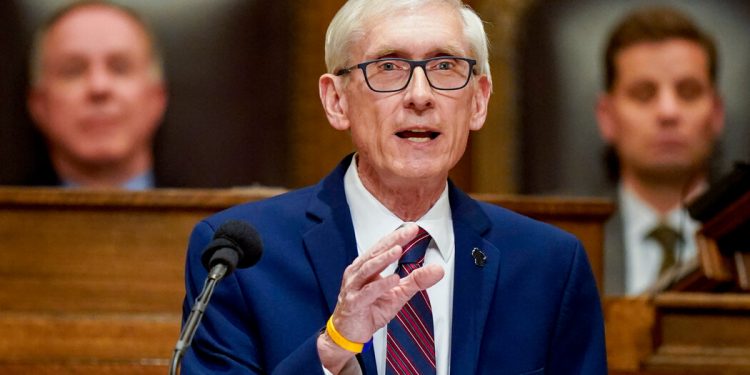 The conservative majority on the Wisconsin Supreme Court voted on Friday to adopt new state legislative maps drawn by Republicans who control the Legislature, reversing its earlier decision that favored maps drawn by the state’s Democratic governor.

The court acted after the U.S. Supreme Court struck down its previous decision last month, stating in a contentious ruling that the state justices had not considered whether the Democratic-drawn maps complied with the federal Voting Rights Act.

The newly adopted maps — partisan gerrymanders that had been drawn in secret in 2011 after Republicans took control from Democrats in both houses of the Legislature — essentially lock in overwhelming Republican majorities in the Assembly and the Senate for the next decade.

A monthslong legal battle began in November when Wisconsin’s governor, Tony Evers, vetoed legislative districts drawn by Republicans. The State Supreme Court resolved a standoff in March by voting 4 to 3 in favor of the maps drawn by the governor that slightly reduced the Republican majorities.

Those maps included a seventh Assembly district in which Black voters held a majority, a move that Republican legislators called a “21st century racial gerrymander” in an emergency appeal to the U.S. Supreme Court. The court then sent the maps back to the state justices to reconsider their compliance with the Voting Rights Act.

What to Know About Redistricting

The U.S. Supreme Court rejected another Republican appeal, however, after the state justices chose the governor’s version of Wisconsin’s congressional map. The state has eight seats in the House of Representatives, and Republicans hold a five-to-three majority.

In their ruling on Friday, the state justices said the governor “had more than adequate opportunity to produce a sufficient record” justifying a seventh Black-majority district but had failed to do so. In contrast, they said, the Republican-drawn maps were “race neutral” and conformed to state and federal guidelines.

In a lengthy dissent by the court’s three Democrats, Justice Jill J. Karofsky called the approval of the Republican maps nonsensical, noting that while Mr. Evers’s maps had added a Black-majority Assembly district, the Republicans’ maps had removed one.

If adding such a district is evidence of unjustified reliance on race in drawing the maps, she wrote, “then the Legislature’s removal of a Milwaukee-area majority-minority district reveals an equally suspect, if not more egregious, sign of race-based line drawing.”

Mr. Evers called the ruling outrageous, saying the state justices had “clearly and decisively rejected the Legislature’s maps prior to this case being considered by the Supreme Court.”

Outsiders had speculated that the governor could seek to take the issue back to the U.S. Supreme Court, but he appeared to rule out such a move, calling the decision “an unconscionable miscarriage of justice for which the people of this state will see no reprieve for another decade.”

That appears to clear the way for candidates to begin gathering petitions for state legislative primary elections on Aug. 9. Some people could not file as candidates until the final maps determined which districts they would seek to represent.

“Without any legal basis or precedent, and ignoring a decision they made just a month ago, the Wisconsin Supreme Court is showing its true colors: political gain over judicial fairness,” Sachin Chheda, the director of the state Fair Elections Project, said in a statement.

What is redistricting? It’s the redrawing of the boundaries of congressional and state legislative districts. It happens every 10 years, after the census, to reflect changes in population.

How does it work? The census dictates how many seats in Congress each state will get. Mapmakers then work to ensure that a state’s districts all have roughly the same number of residents, to ensure equal representation in the House.

Who draws the new maps? Each state has its own process. Eleven states leave the mapmaking to an outside panel. But most — 39 states — have state lawmakers draw the new maps for Congress.

If state legislators can draw their own districts, won’t they be biased? Yes. Partisan mapmakers often move district lines — subtly or egregiously — to cluster voters in a way that advances a political goal. This is called gerrymandering.

Is gerrymandering legal? Yes and no. In 2019, the Supreme Court ruled that the federal courts have no role to play in blocking partisan gerrymanders. However, the court left intact parts of the Voting Rights Act that prohibit racial or ethnic gerrymandering.

The conservative Wisconsin Institute for Law and Liberty, which had filed a brief in the case, said the justices had correctly “recognized that our Constitution reserves race-based decision-making for the most extreme situations.”

“The governor did not justify his race-based redistricting,” the organization continued. “The court was right to reject it.”

Wisconsin has been among the most bitterly contested legal battlegrounds over partisan gerrymandering. A challenge to the Republican maps of the State Assembly and State Senate that were drawn in 2011, among the most lopsided such maps ever approved, went to the U.S. Supreme Court in 2016 but was rejected when the court said the plaintiffs lacked legal standing.

A second federal challenge died in 2019 after the Supreme Court ruled that partisan gerrymanders were political issues beyond its jurisdiction.