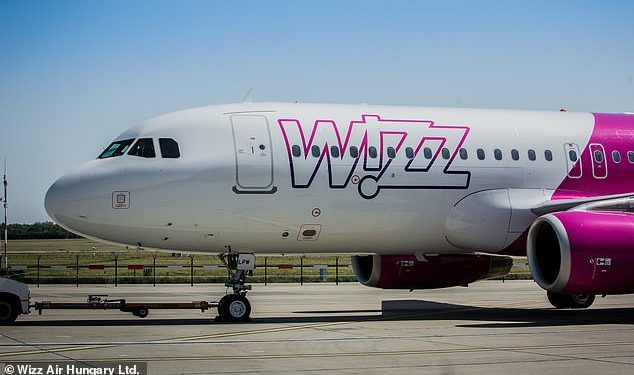 Wizz Air carried five times more passengers in March than in the same month last year as the airline sector continued its recovery from Covid-19.

The Hungarian budget air carrier revealed that nearly 2.5 million flights were booked by its customers last month, compared to just 480,200 in March 2021, when many European countries were under strict national lockdowns.

It takes the number of passengers who have flown with the airline in the last 12 months to over 27 million, which was still around a third lower than in the year leading up to the start of the coronavirus pandemic. 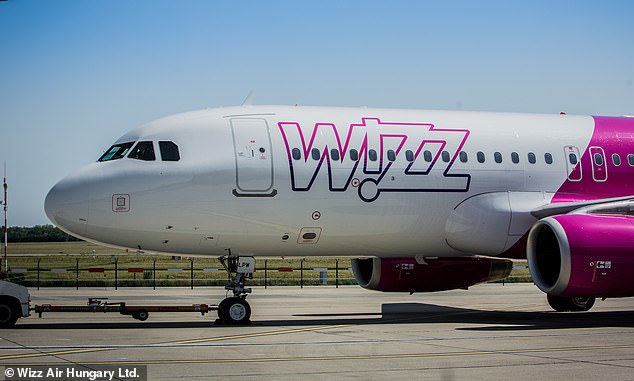 Recovery: The Hungarian budget air carrier revealed that nearly 2.5 million flights were booked by its customers last month, compared to just 480,200 in March 2021

Load factor levels additionally grew by 23.7 percentage points year-on-year to 86.2 per cent in March, while its seat capacity shot up more than threefold to 2.9 million.

In addition, it declared that from July and August, another Airbus A321 aircraft would be added to its Bucharest and Cluj-Napoca bases in Romania, as well as one in Tirana, Albania.

The company has been expanding its operations despite the significant financial turmoil caused by the plunge in airline travel, which led to the group recording a massive €576million loss in the last financial year.

These expansion efforts contributed to the firm posting a €267.5million loss in its most recent quarterly results covering the final three months of 2021, although the emergence of the Omicron variant also had a substantial impact. 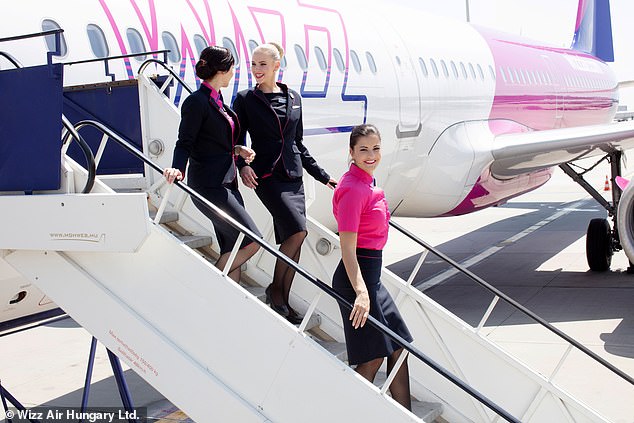 British Airways (BA) and EasyJet have both blamed high Covid-enforced absence levels amongst employees for the problems, with the former scrapping dozens of flights today and the latter having nixed more than 220 flights since last Friday.

Monday marks the first day of the Easter school holidays without international travel curbs in England since the pandemic started, but the lack of staff has meant airlines are struggling to cope with the surge in demand.

In the last three days, passengers journeying through Manchester Airport have reported queueing for more than three hours to check-in, waiting a long time to reclaim their baggage, and missing flights because of delays.

Russ Mould, investment director at AJ Bell, said: ‘News bulletins showing long queues of people waiting to get on planes will put many people off from jet-setting to a different location.

‘Together, these forces could result in tens of thousands of people saying they won’t bother with flying again this year, and best to wait until everything has settled down.

He added: ‘Making matters worse is the fact that oil prices remain stubbornly high, which is putting pressure on fuel costs…The soaring price of fuel could weigh on corporate earnings in the airline sector unless extra costs are passed on to the customer.

‘Doing so is a big risk given how consumers are under considerable pressure from the rising cost of living and may not be able to stomach higher ticket prices, but many airlines have significant debts which they are desperate to reduce.’

Young Justice: Phantoms and the Weight of Being a Superhero

Young Justice: Phantoms and the Weight of Being a Superhero