WNBA: Sky in great position as second half begins 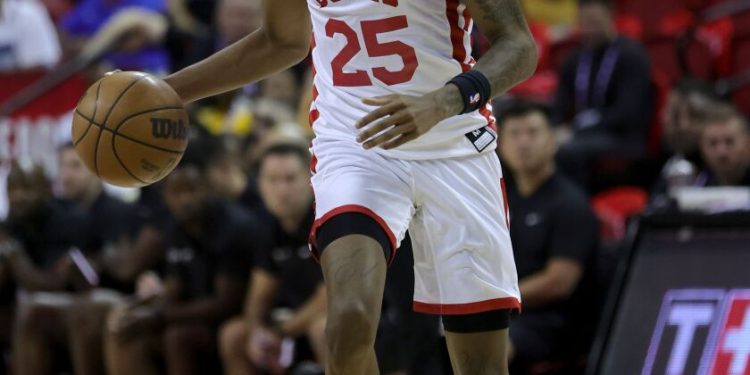 
Well into the 2021 season, at a time when the Sky were lugging a .500-ish record around and couldn’t have called themselves title contenders with a straight face, Candace Parker told teammate Courtney Vandersloot she had no regrets about coming home to play after 13 seasons in Los Angeles.

‘‘I was like, ‘Regardless of how this works out, I think we all made the best decision,’ ’’ Parker recalled during All-Star Weekend in Chicago.

Months later, you know what happened: a dance party amid falling confetti at Wintrust Arena. And Parker’s homecoming is looking even wiser now as the Sky embark on a ‘‘second half’’ of the regular season that’s only 15 games long and includes a Commissioner’s Cup final date with the Aces.

At 16-6, the Sky are a game better than the Aces in the hunt for the No. 1 playoff seed, 1½ games ahead of the Storm and two games in front of the Sun. The Sky will face each of those teams twice — home and away — from here, but first come three games this week against a trio of 10-12 squads. Win all three, and home-court advantage at Wintrust throughout the playoffs starts to look very attainable.

Too soon to start talking repeat? Should we start planning the parade now?

‘‘I think we realized from last year it’s not how you start, it’s how you finish,’’ Parker said. ‘‘Yeah, we’re there now, but we still have some things that we have to do and accomplish before then.’’

All right, then, so we wait. Here’s what’s happening:

It sure is a big week for the Sox, who are a miserable 2-9 so far against the teams ahead of them in the standings and visit both — for four games each — on this trip. What could go wrong?

The Americans have clinched their spot in the 2023 World Cup, but El Tri Feminil desperately need a “W” if they’re going to do the same.

Some say day-night doubleheaders are even more taxing on the mind than they are on the body, and that’s just for the endlessly complaining Sox fans on Twitter.

The Bulls were so pathetic in their last Summer League game, they trailed the Knicks by 35 points at the half. Hopefully, whatever happens in Vegas stays in Vegas.

We don’t know what the Dream did to tick off Kahleah Copper, but the All-Star has two of her top three scoring games — and her top two rebounding games — against them this season.

Credit where it’s due: As rebuilds go, this one seems to be going quite well. (You don’t need us to tell you we’re talking about the O’s, not the Cubs, do you?)

Look, it’s not like the Twins have done any running away and hiding. They’ve been no better than the Sox in the last couple of months.

It’s still a bit jarring to see Parker on the floor against her former team, though surely not as jarring as it was for Sparks fans to watch Parker go off for a triple-double the last time these squads hooked up.

Marcus Stroman faced the mighty Dodgers in his first start off the injured list, and now he gets the outstanding Mets. Who’s next, the ’27 Yankees?

Three words, people: The first one is “Max.” The second one is “Scherzer.” And the third one is, “Hey, there’s always tomorrow.”

Watch White Sox outfielder Oscar Colas and Cubs outfielder Pete Crow-Armstrong get their shine on at Dodger Stadium. After that, stay tuned for celebrity softball featuring actor Rob Lowe, rapper Quavo and snowboarder Chloe Kim, unless — and we can’t stress this enough — you have absolutely anything better to do.

There is no phrase in golf as evocative as “the Old Course at St. Andrews.” At least that’s what our snooty friend who likes to tie a sweater around his shoulders tells us.

Let’s hurry through this one, fellas — the Sox need a break.

The Cubs pick seventh and the Sox 26th. We have no idea whom they’ll take, but bet the house on this: Each team will swear it got its man.