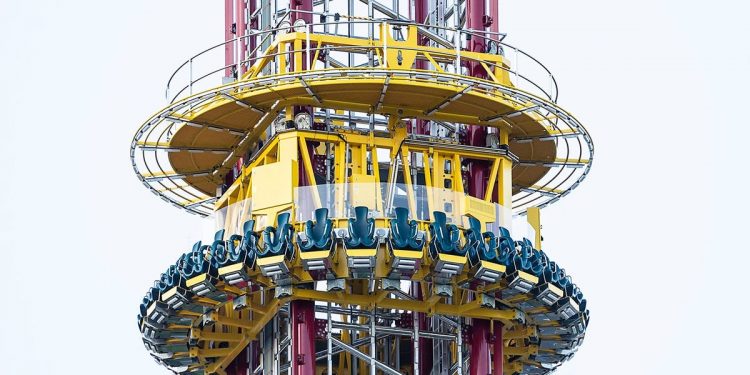 
A woman who claimed to be the cousin of a 14-year-old who died after falling from an amusement park ride at ICON Park in Florida was found to have no connection to the family.

WFTV reported that the woman, who goes by the name Shay Johnson, had been at the forefront of vigil efforts outside the FreeFall ride, where Tyre Sampson fell 430-feet to his death while visiting the park last month. Law enforcement and attorneys confirmed with WFTV that they are unsure who the woman is, but that she has no relation to Sampson or his family.

According to the report, the woman was fired from her job at an adult entertainment club in Orlando last Thursday.

As Insider reported, the teen was 53 pounds over the weight limit for the theme park ride. The teen was transported to the hospital after the incident, where he later died from his injuries.

The teen’s father, Yarnell, previously said that Tyre — an aspiring football player who weighed 340 pounds and stood at 6-feet-5-inches tall — was not allowed on other rides in the park due to his size. However, he was greenlit for the Freefall.

Yarnell told local news that his son was “panicking” and “feeling uncomfortable on the ride.”

“When the ride took off, that’s when he was feeling uncomfortable. He was like, ‘What’s going on?’ That’s when he started freaking out, and he was explaining to his friend next to him, ‘I don’t know man. If I don’t make it down, please tell my Mom and Daddy I love them.’ For him to say something like that, he must have felt something,” his father said, per Fox 35.

An incident report obtained by CNN revealed that his “harness was still in a down and locked position when the ride stopped.”  The ride has been suspended amid the investigation and a forensic investigator was hired to look into the situation, officials said.

One Killed, Multiple Others Injured in Shooting at Dallas Concert Venue – NBC 5 Dallas-Fort Worth

One Killed, Multiple Others Injured in Shooting at Dallas Concert Venue - NBC 5 Dallas-Fort Worth