Woman Fights To Shut Down Grooming Business After Bulldog Dies There 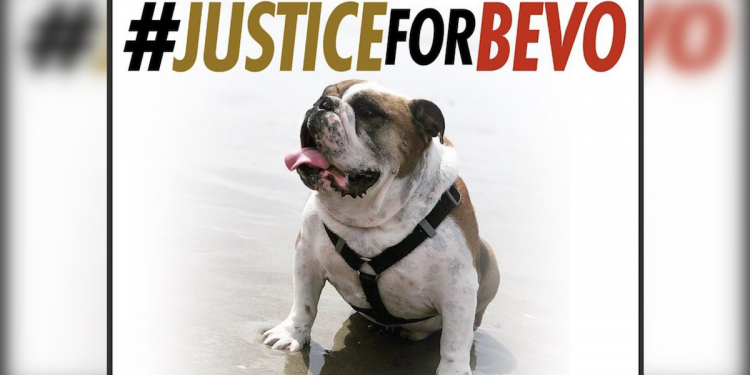 
Monica Monarrez from El Paso, Texas, is determined to shut down a local dog grooming business. She has spent several days peacefully protesting outside the shop because her beloved English Bulldog recently died during a grooming appointment. While accidents can happen, the groomer’s inconsiderate behaviors suggest that this was something that could’ve been prevented.

So, Monarrez wants to ensure that no one else loses their dog out of the blue. She has tried to get the employees to own up to the mistake, but since they won’t apologize or make changes, she’s determined to shut the business down.

Monarrez dropped off Bevo, the 9-year-old Bulldog at the groomer, along with his two canines siblings. All three dogs were supposed to get a bath at a place known as Crazzy Dog Grooming. Just under two hours after the appointment started, the vet next door to the grooming salon contacted one of the family members with horrific news.

The vet informed the family that Bevo had passed away. They said he died of pulmonary edema caused by underlying health concerns, exposure to toxic materials, or sudden trauma. Bevo had fluid in his lungs and foam in his throat at the time of death.

“There were no underlying conditions where you can explain him being OK and then two hours later he’s gone,” said Monarrez.

During Bevo’s time at the groomer, no one from the grooming business notified Monarrez that the dog was rushed to a vet. Monarrez had to go to the business and confront them about the situation before any of the employees said anything about it.

When Monarrez tried to talk to the owner of the grooming business, she said they got defensive. They didn’t try to apologize or take any accountability. However, they did show Monarrez a video of Bevo on the grooming table to prove that he was fine in their care. Even though the video clip didn’t show obvious abuse, it seems that the dog is in distress and terrified of the groomer.

After seeing the video and witnessing the owner’s heartless responses to the situation, Monarrez knew that the groomer hurt Bevo. She shared her story on social media and found that other people’s dogs had died or been injured at that facility. So, she has been peacefully protesting outside the business as much as possible since then. She doesn’t block the doorway or harass customers, but she’s happy to share her story with anyone who asks about the signs she and her supporters are holding.

“I don’t want people to think that I’m going around saying, ‘Oh, they grabbed him by the head and stuck him underwater.’ I know that’s not what happened, but there was a mistreatment of some sort for Bevo to have stressed out like that. He was a calm dog,” Monarrez said.

The police are currently investigating what happened. Since the business is outside of the El Paso city limits, they’re not required to have any grooming training and certifications to operate. If you’d like to help hold this business accountable for its actions, sign the Justice for Bevo petition.