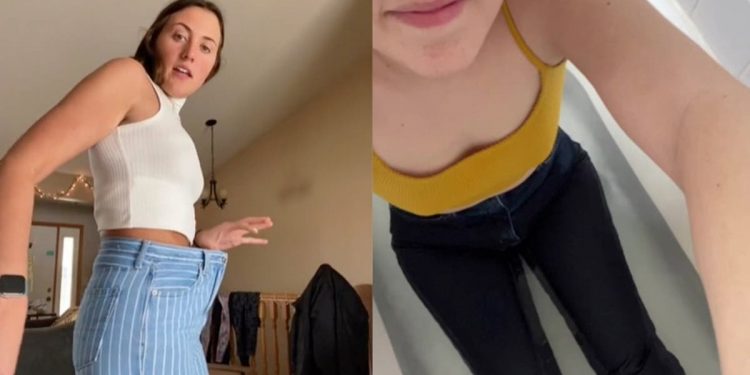 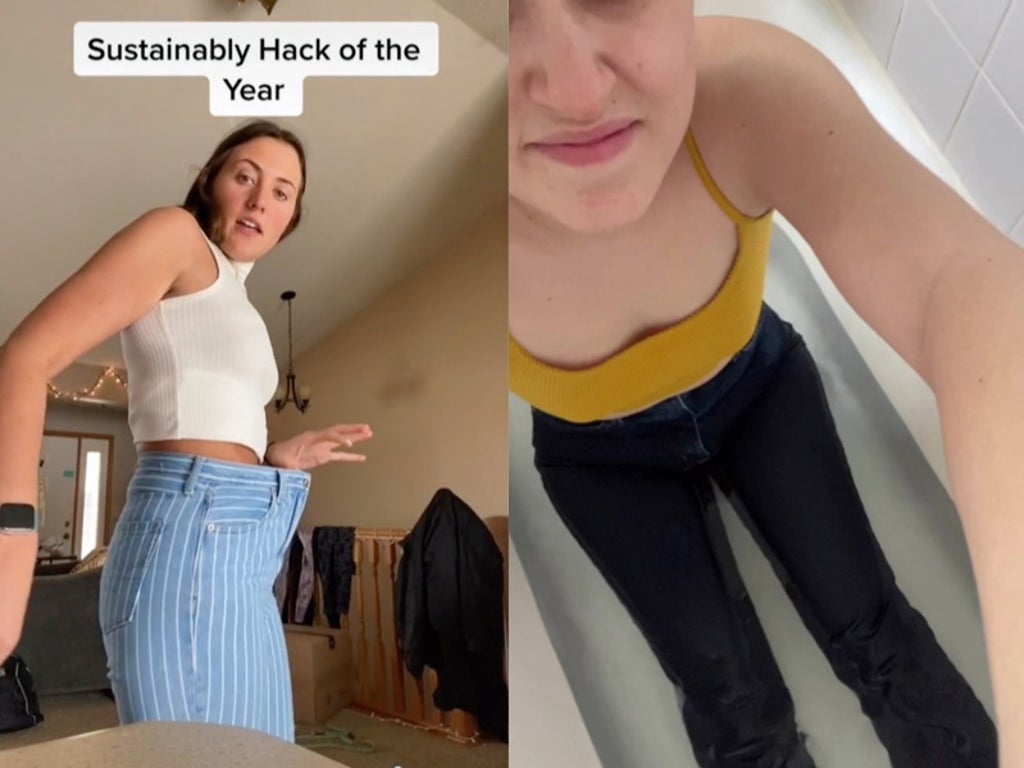 There’s nothing worse than realising your favourite pair of jeans no longer fit, which is why people are praising a simple-yet-effective hack that seemingly has the ability to make the pants fit once again.

The sustainable hack was kickstarted by Lily Schoknecht, who goes by the username @bug318_ on TikTok. In a video that now has almost 4m views, Schoknecht informed her followers of a trick she learned from her grandmother after purchasing a pair of size-10 second-hand jeans that were too small.

“She was like: ‘Have you showered in them yet?’ and I was like: ‘What? No, I haven’t showered in my jeans. What are you talking about?” Schoknecht said in the video.

According to Schoknecht, her nana instructed her to shower in her jeans, wear them around the house to stretch them out, and let them air dry, with the TikToker explaining that the hack was actually used by her grandmother growing up, but that instead of a shower, she and her sister would dunk their jeans into a bucket of warm water before putting them on.

“I took a shower, and this morning I put them on after air drying and they fit perfect,” Schoknecht said, showing off her newly fitted jeans.

She then instructed viewers to stand in the shower for two to three minutes in warm water. After showering, Schoknecht suggested wearing the wet jeans for 30 minutes to stretch them out. If the pair of jeans are too tight around the waist, you can wrap a towel around the waistband and tuck it into the jeans for some extra room. If they’re too tight around your legs, tuck a T-shirt into the pant leg instead.

“So this is how The Sisterhood of the Traveling Pants worked,” joked one user, while another said: “Doing this with all my pre-pandemic pants.”

Since Schoknecht shared her fashion secret with the internet on 14 March, social media users have been testing out the shower hack for themselves with the hashtag #showerinyourjeans. TikToker @wetsadnoodle opted to bathe in her jeans and sat down after they were wet to mold to her body, while user @cicidoingthings was amazed by the results of her jeans after trying out the hack, even if the sensation of wet denim on her skin “grossed her out”.

While sitting in soaking wet jeans may have been the number one way to stretch out a pair back in the day, it seems a new generation is catching on to the beloved trend. The sustainable hack is especially useful considering the volume of clothing Americans throw away has doubled in the last 20 years, from 7m to 14m tons, while about 84 per cent of unwanted clothing ends up in a landfill.