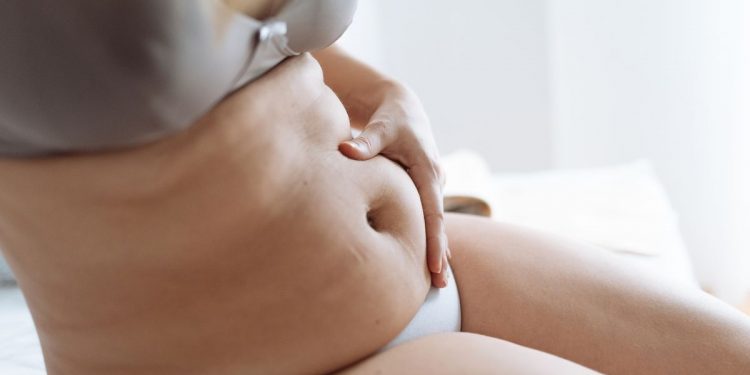 
A new mum was urged to leave her partner this week after revealing the comments he made to her about her body post-childbirth.

The woman took to Reddit to ask for advice and described an encounter she’d had with her boyfriend after walking to the fridge.

She claimed he looked at her with “a weird expression” and said: “I’m just sitting here thinking ‘damn. I picked that .'”

The anonymous mum asked him what he meant by his comment and he proceeded to imitate her walk and add: “Like this, stomach out, boobs down to here… a** sticking out like you’re a baby with a full diaper.

“At least the underwear holds your a** up”.

She explained that she had given birth just two months ago and noted: “While I’ve lost all the baby weight, I know that 1. My boobs got ridiculously huge during pregnancy. 2. Breastfeeding has made them not perky anymore.

“I also know that my degenerating spinal condition probably makes my walk a little funky looking.

“But all I could do was sit there in disbelief, tell him it was mean, and go back to eating my salad.

“I was confused because he’d been coming onto me not thirty seconds prior when he saw the underwear on me.

“I thought he was joking, or saying that he couldn’t believe he “picked that ” because of my attitude or messy hair or some other dumb s**t.”

The devastated new mum said she would be buying hoodies and pyjamas to wear after his comment made her feel insecure.

The woman added: “I feel sh**ty about my body.

“I want to be intimate with him. I remember how much lust we had in the start of the relationship, how obsessed he was with my body and only bringing up the positives.

“I never put effort into taking good nudes until I met him, because he ate them up and worshipped my curves.

“Yes couples should be honest with each other, but I feel like there’s a line that a man shouldn’t cross when talking to his girlfriend about her body’s flaws. Especially when she’s two months postpartum.”

In the comments, people were pretty unanimous that the comment was out of order.

One person said: “No offence but this guy sounds like a straight up douche.”

Another added: “Men who don’t respect pregnancy need to be dumped.”

A third commented: “He doesn’t sound like the ‘In sickness and in health’ type. Girl reconsider this relationship!”

While another woman shared: “This isn’t honesty it is downright mean and extremely toxic and abusive.

“I would bet anything this isn’t the first time he has said something like this but it definitely paints a picture of how awful he is.

“I’m sorry I’m sure you are beautiful and congratulations on your new baby.”