‘Women don’t ask’ is a myth: Two gender equality experts say women aren’t getting ahead, and it’s because of how workplaces are set up 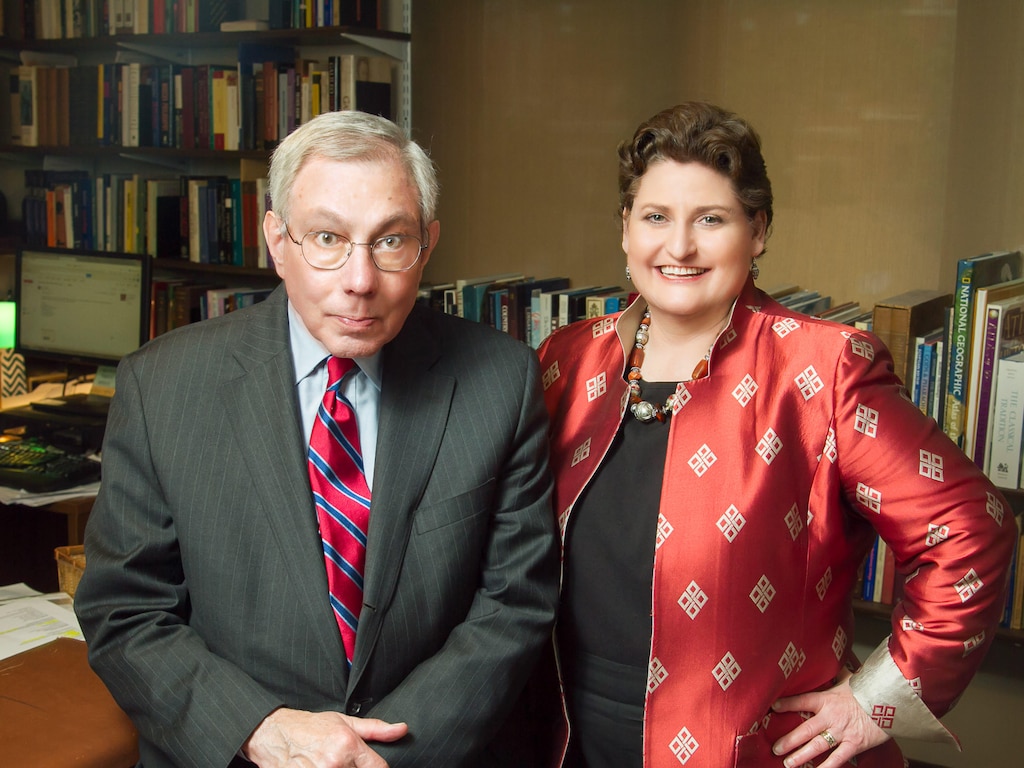 Courtesy of Andie and Al

For most of the last century, there was a sharp division of labor between women and men. Among urban married couples in middle and upper socioeconomic groups, men worked outside of the home, while women worked in the home tending to family and hearth. As recently as 1950, only 26% of married women worked outside of the home. In the 1960s, however, women began entering the workforce in record numbers. By 2005, more than 60% of married women were in the workforce. In 2016 almost 57% of all women 16 years of age and older were working — up from 33% in 1950. With their increased workforce participation, women now make up almost 46% of the total US workforce and 46% of the total workforce in the European Union.

When women started moving into traditionally male career fields, it was expected, at least by prominent advocates for women’s rights, that women would rise in their careers until they held senior leadership positions in numbers equal to men. Despite the enormous progress women made during this period, that did not happen.

While women have made truly impressive educational gains, they still lag far behind men in virtually all major leadership roles. For example, women are only 17% of equity partners in major law firms, only 13% of law firm managing partners, only 16% of medical school deans, and only 18% of governors. Women now hold 36% of first-level or mid-level manager positions in S&P 500 companies, but they are only 25% of executive and senior officials and managers, 9.5% of top earners, 18% of corporate board members, and 6% of S&P 500 CEOs. Indeed, since 1972 only 62 women have led Fortune 500 companies. This snapshot of women’s leadership achievements is even bleaker than it might otherwise appear when we realize that almost all of their progress was made between 1960 and 1990. “You’ve Come a Long Way, Baby” was perhaps the best-known advertising slogan in the 1970s and 1980s, and it aptly characterized women’s career progress during that period. But shortly after the slogan stopped running in 1990, women’s advancement came to a screeching halt. The question is why.

Read more: I’m a wife and mother who works from home. My family acts like I don’t have a job — and I’m tired of it.

Many explanations have been offered for women’s failure during the past 30 years to increase their representation in the senior leadership ranks of business, the professions, academia, and government. Frequently offered reasons include: women prefer to be with their children than in the workplace; they don’t ask (or don’t want) to move up; and they lack the ambition, confidence, and core competencies needed for leadership success.

But study after study proves these claims to be false. For example, a 2017 study by the Boston Consulting Group found, “On average, women entered the workforce with the same — or higher — levels of ambition as men, in terms of their desire to hold leadership positions or be promoted … It is also unequivocal: Having children does not affect women’s desire to lead. The ambition levels of women with children and women without children track each other almost exactly over time.” As a 2011 report by Catalyst makes clear, even when women do everything they are told they need to do to get ahead, they still fail to advance as far and as fast as men. In other words, women with high ambition, terrific abilities, a can-do attitude, and desired behavioral characteristics are still judged to have less leadership potential than their male counterparts.

As Ilene H. Lang, president and CEO of Catalyst, commented, “This study busts the myth that ‘Women don’t ask.’ In fact, they do! But it doesn’t get them very far. Men, by contrast, don’t have to ask. What’s wrong with this picture?”

What’s wrong is that consciously or unconsciously, women are not being evaluated for purposes of advancement in fair, nondiscriminatory ways. There are several reasons for this, but all of them have their roots in the gendered nature of our workplaces — workplaces that are dominated by men and operated in accordance with masculine norms, values, and expectations. 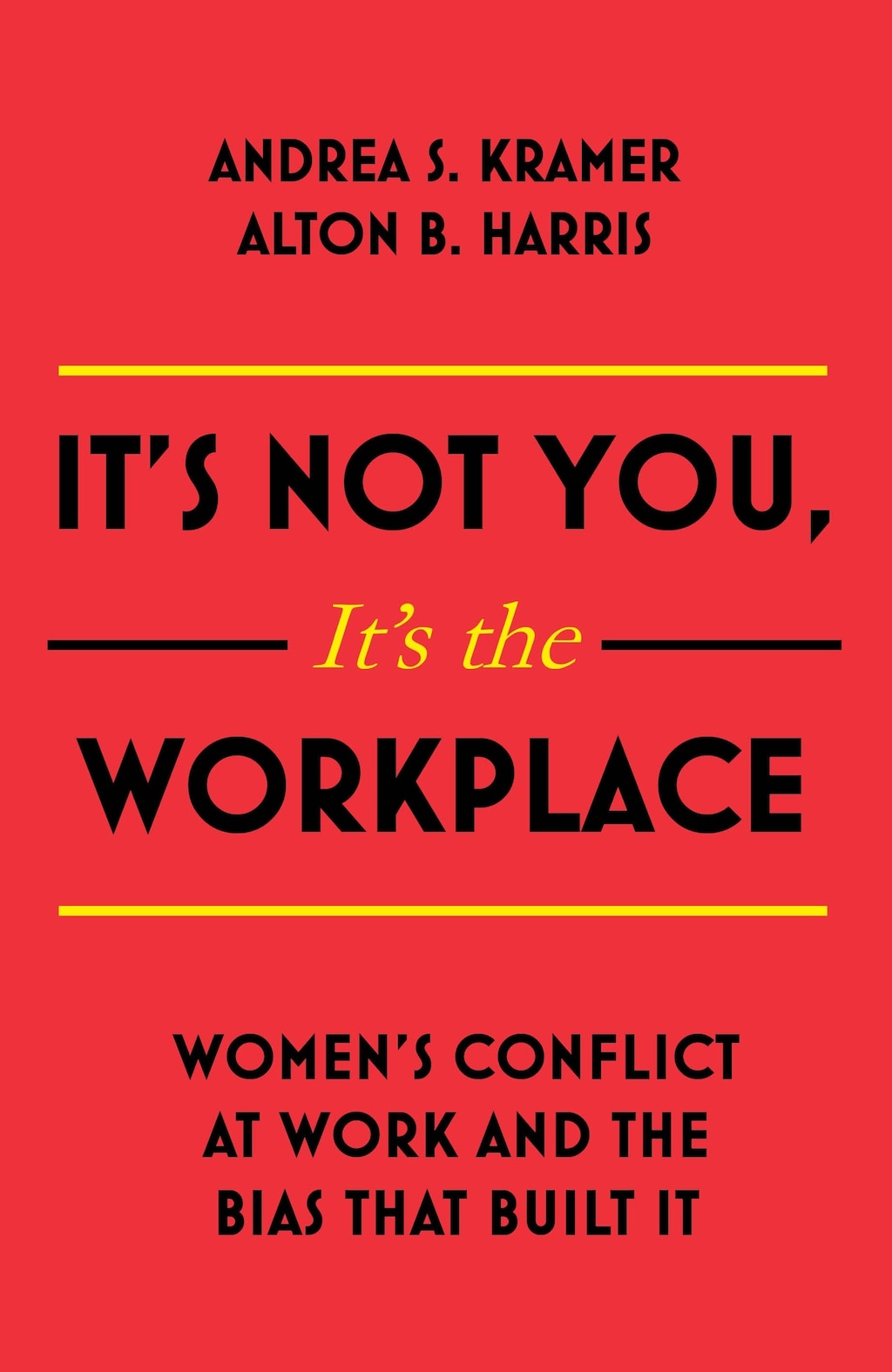 In gendered workplaces, women’s capabilities, accomplishments, and potential are depreciated in distinct but mutually reinforcing ways — one of which is the affinity bias.

Read more: At a Google team off-site, we were asked to play a personality game that clearly revealed why it’s so hard for women to reach the top

People tend to be drawn to, want to associate with, and seek to provide support for people who are like them. In other words, people tend to favor other people with whom they have an affinity. This bias toward people who share our distinctive characteristics is ubiquitous and shapes many aspects of our lives, including our workplace teams, social circles, residence locations, occupational choices, and personal affiliations.

Within all gendered workplaces, affinity bias operates to divide participants into an ingroup and one or more outgroups. The ingroup consists of the members of the management team and those who are like them, which means the ingroup is often white, male, able-bodied, and heterosexual. Because women are a distinct outgroup in these organizations, they are often selected for career-enhancing assignments only after their male counterparts have been considered, asked to join important teams far less frequently than men, and excluded from the men’s informal networks and social activities.

Excluding women from men’s informal networks has more far-reaching negative consequences than is often realized. Without access to such networks, women miss out on a process that author Sue Madsen notes “is foundational for successful long-term leadership,” depriving them of opportunities to obtain the mentors and influential sponsors available to men.

Affinity bias does not mean that male managers consciously think that women cannot do particular jobs, are not as competent as men, or lack men’s leadership potential. Affinity bias does not depend on evil intent. It operates simply by virtue of the fact that most men prefer to work with, hang out with, coach, mentor, and sponsor other men. They find doing so with men to be easy, conflict free, and efficient. As a result, without even being aware of their favoritism, male managers often simply don’t invite women to join teams, work on high-visibility projects, or participate in informal social activities. Moreover, as members of a conspicuous outgroup, women are not as likely as men to be listened to in meetings, have their views solicited on important issues, or be given credit for their accomplishments. Here is an example.

Read more: I’m a writer who went to work at an Amazon warehouse, a call center, and a McDonald’s. I saw firsthand how low-wage work is driving America over the edge.

Abby, a senior marketing executive, told us that even though she has made it on to her organization’s senior leadership team, her views are often ignored at meetings where important management decisions are being made. As the only woman in most strategy meetings, Abby often finds it difficult to be taken seriously. She recently went to the president of her company, who leads many of these meetings, and told him of her concerns. They had a wide-ranging conversation, and Abby thinks he was shocked by what she had to say. At any rate, since then, she believes he has become a much more effective meeting leader. He will call on her, try to stop others from interrupting her, and make sure her ideas are given proper attention. She told us that she sees some real progress when the president is running the meetings — but often not otherwise. So, she is working hard to speak up and persist.

Affinity bias also leads to an expectation that the career paths of future leaders will conform to the career paths of the current (frequently male) leaders. Thus, gendered workplaces typically reward workers who are “willing to put work above all other considerations” and who have had continuous, linear careers. Again, not surprisingly, senior (frequently male) managers prefer to work with people who are pursuing careers in the same ways that they did. As a result, career paths that are typical for men, but not for women, are likely to be rewarded.

Adapted from It’s Not You, It’s the Workplace: Women’s Conflict At Work and the Bias That Built It (Nicholas Brealey/Hachette 2019), Andrea S. Kramer and Alton B. Harris. Andie and Al have both served in senior management positions and have in-depth experience with all aspects of personnel management including recruiting, hiring and firing, individual and team supervision, compensation, and promotion. For more than 30 years, they have worked to promote gender equality in the workplace.