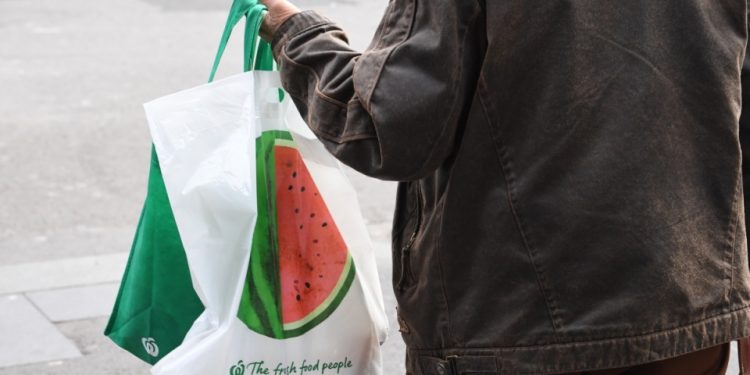 Woolworths will begin phasing out its 15-cent plastic shopping bags in Western Australia within weeks – ahead of legislation banning a variety of plastic bags from July.

The supermarket giant said its WA stores would run down their supplies of reusable plastic bags over the next month.

Paper bags will become the default option for anyone who doesn’t bring their own bag, and for online orders.

“This change will see more than 30 million plastic bags removed from circulation in WA every year – which is a big win for the health of our oceans and waterways,” Woolies WA state general manager Karl Weber said.

Paper bags were added to the Woolworths range in 2020. They cost 20 cents each, and are made from 70 per cent recycled paper.

Today, more than 80 per cent of the retailer’s customers in WA bring their own bags to shop.

“While our paper bags will continue to be available, the most sustainable bag you can use is the reusable one you bring from home,” Mr Weber said.

“The vast majority of our customers already bring their own reusable bags to shop, which is the very best outcome for the environment, and we encourage customers to keep up the great work.

“We know the change brought about by this new WA legislation may be an adjustment for some customers and we thank them in advance for their support as we all work together to grow greener.”

WA Environment Minister Reece Whitby said WA had a strong track record in cutting single-use plastics in the environment – “and was named the top jurisdiction in the country two years in a row by WWF Australia, for the work that is being done”.

“The WA community has shown overwhelming support for this,” he said.

Woolworths will communicate the change to its WA customers through in-store signs and other advertising.

The bags are banned under phase two of WA’s move to end the use of many single-use plastics.

Others that will be phased out statewide this year include cotton buds with plastic shafts, polystyrene packaging, microbeads and oxo-degradable plastics. Takeaway coffee cups and lids with single-use plastic materials are also on the way out.

NSW will introduce similar bans from the middle of the year and Victoria from early 2023.

The push by both states comes almost a year after a landmark report from the Minderoo Foundation named Australia as the worst country for producing single-use plastic waste. It followed pact signed by many of the nation’s biggest businesses – including Woolworths and rivals Coles and Aldi, as well as environmental groups and the CSIRO – under which they committed to: