Words Can Have a Detrimental Impact on Trans Youth, Here’s What We Can Do to Help 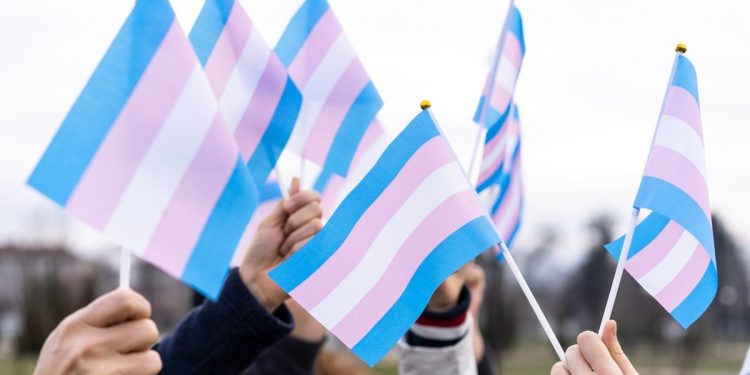 
Warning: This article deals with the topic of mental health, and has mentions of suicide. It may be triggering for some. If you or someone you love is in need of support, Lifeline (13 11 14) is available 24/7, free of charge. You can also call Qlife (1800 184 527) which provides anonymous support for the LGBTQIA+ community.

All children and adolescents have the right to live free from discrimination. However, the public debate last week around the proposed religious discrimination bill threatened this right.

While the bill has been shelved, the debate is a continuation of a discussion in which the existence, rights, and lives of trans children and adolescents have been called into question both in Australia and overseas.

These young people have endured intensified stigma and discrimination that negatively impacts their health and well-being.

Trans people make up between 2.3% to 3.7% of Australia’s youth population.

Although many trans people live healthy, fulfilled lives, research from overseas shows a disproportionate number have poorer mental health than their peers.

Another study found trans young people in Australia were 15 times more likely to attempt suicide than the general population.

Minority stress arises from the social, psychological and structural discrimination associated with belonging to a stigmatised minority group.

Negative media commentary can directly contribute to minority stress among trans people, as can legislation and policies that seek to exclude trans individuals from schools and workplaces.

Negative representations of trans children and adolescents in the media shape public attitudes and practices. This can not only stoke fear and mistrust that further marginalises trans young people, but also lead to violence against them.

Another study found 68% of trans young people in Australia had felt uncomfortable or unsafe in their educational setting because of their gender or sexuality diversity.

Not surprisingly, parents viewed these bills as increasing stigma towards their child and the broader trans community.

Negative press coverage about affirmative health care for trans young people has also been associated with reduced referral rates to specialist paediatric gender clinics overseas, and highlights the role public debate is likely to play in reducing access to such care.

So what can we do to help?

Strikingly, previous research has shown when trans young people are supported and their gender is affirmed, they have similar mental health outcomes to their cisgender peers.

While parental support no doubt plays a key role, emerging evidence indicates having safe and supportive schools is critical too.

School safety and connectedness, for example, are protective factors against depression, self-harm, and suicide attempts.

Similarly, peer and school support provide a buffer against the negative impact of gender-related victimisation on mental health.

Policies and procedures that enable a trans young person’s gender, name and pronouns to be accurately recorded are also important. Research shows having identity documents that match one’s affirmed gender is associated with lower rates of serious psychological distress and suicidal thoughts and planning.

Finally, the media itself may help to promote better health for trans young people. For instance, trans adolescents have reported experiencing happiness and increased hope after exposure to positive news reports about other trans people.

Correction: this article has been updated since publication to clarify that the protective effects reported in two studies related to suicidality, which is a term that covers suicide attempts, thoughts and/or planning. In the previous version, the term suicidality was replaced at the editing stage with suicide, which has a different meaning.