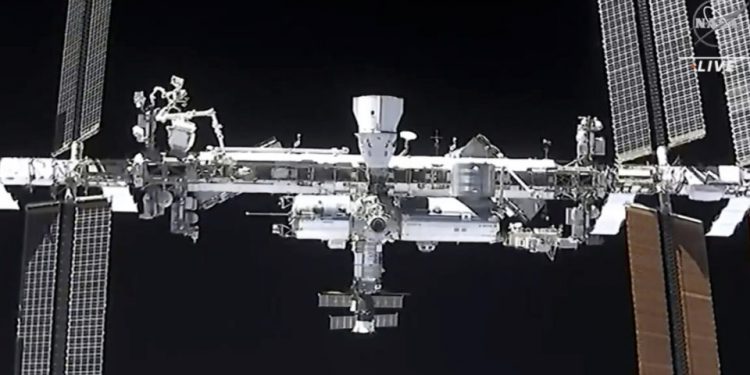 
An archaeological project has begun on the International Space Station with researchers trying to understand how humans relate to the items they live with while in orbit.

“By bringing archaeological perspectives to an active space domain, we’re the first to show how people adapt their behaviour to a completely new environment,” Professor Walsh said.

Our experiment set-up is complete. You can read about it on our blog here: https://t.co/kkwbRFNbn0

Set up by NASA astronaut Kayla Barron, the squares have been placed in a handful of locations representing work and leisure, including a galley table, a workstation, payload racks and the wall across from the latrine.

The ISS crew has also chosen an additional location, based on their assessment of what would be interesting to document, with the final square placed in the station’s laboratory module.

The daily photography will continue for 60 days, with photos taken of the squares at approximately the same time each day for the first 30 days and at random times for the second 30 days.

“Instead of digging them to reveal new layers of soil representing different moments in the site’s history, we will have them photographed each day to identify how they’re being used and how they change over time,” Professor Gorman said.

Planning for the project has been under way since December 2015 with a 2020 funding proposal including having the space station crew swab surfaces and make sound and video recordings.

It was later scaled back to allow for a more immediate start.

“Since this is the first collection of archaeological data ever attempted in a space habitat, we’re not exactly sure what we’ll find,” the research team said.

“It is an experiment, after all. But we are sure that the results will illuminate aspects of life in space that no one, not even NASA, has ever known before.”