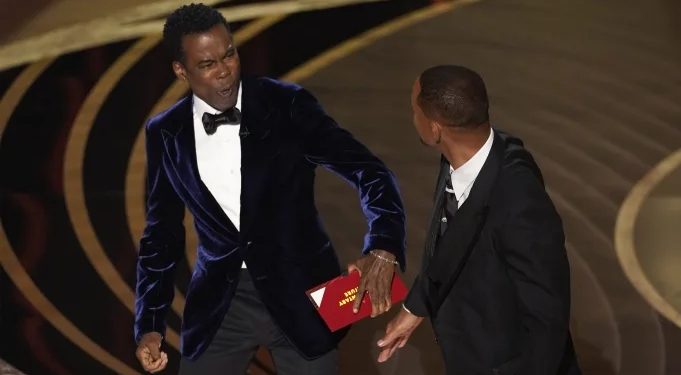 
Afternoon all, Max Goldbart here looking back on quite a week. Lots to digest so the Insider has you covered. Read on.

Smith Vs Rock: The Fallout 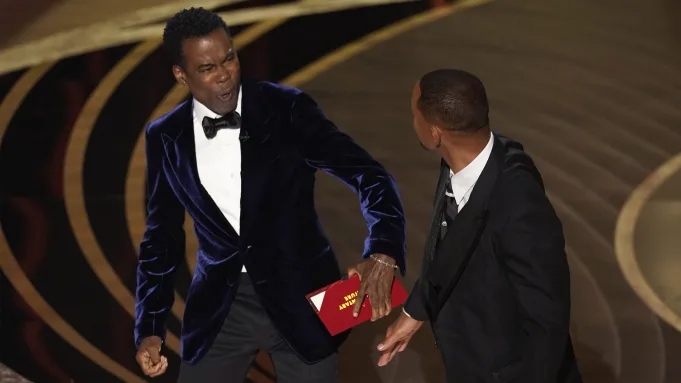 “The Slap Heard Around The World”: Once a year, film fanatics across the globe are used to waking up to (or being awake for) news of the major Oscar winners, bleary-eyed and chilly, but no global Oscar morning reveal has ever been quite like Monday’s. Waking up to news of the ultimate drama, Will Smith slapping Chris Rock in the face following a tactless GI Jane joke, the world’s media sprung into gear and Andreas had this handy roundup of the best reactions. “The Slap Heard Around The World” was perhaps the best summary from Australia’s Sydney Morning Herald. As the Ukraine conflict was knocked off front pages for the first time in weeks, multiple papers criticized King Richard winner Smith for his “archaic macho attitude” (The world). The South China Morning Post, meanwhile, opted for facts over opinion: “Will Smith Hits Chris Rock In The Face On Stage, Then Wins Best Actor Oscar.”

Criticism: Smith has taken the brunt of the world’s criticism (bar this stinging critique of a separate Rock joke by Summer of Soul producer Joseph Patel) and, as readers will be well aware by now, the Academy is investigating. International stars including Minnie Driver took to social media to call out both Smith and the Academy’s lack of action and Driver’s call has been echoed by many (although good old Daniel Radcliffe told Good Morning Britain he’s “dramatically bored of hearing people’s opinions.”). More to come of course but for some extra reading our esteemed colleagues in the U.S., Mike Fleming Junior and Joe Utichi, had this Second Thoughts catch-up, and, as ever, awards gurus Pete Hammond and Todd Mccarthy weighed in with the latest Two Shot. 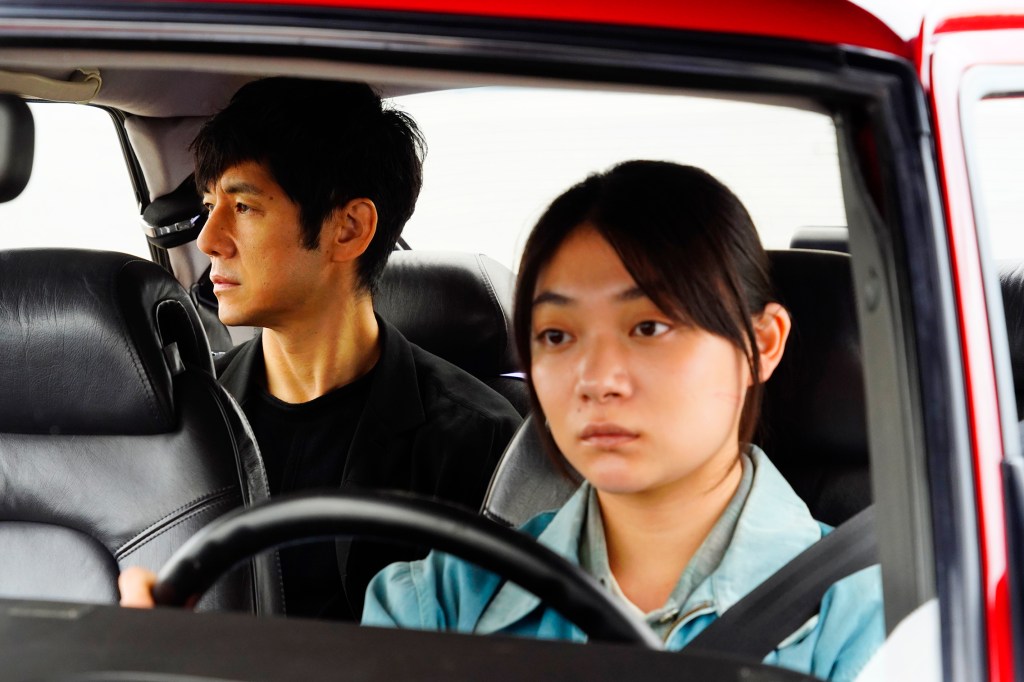 Charmed run: Easy to forget that the Oscars also saw the presentation of multiple high-profile awards. In the highly-competitive International Feature category, Ryusuke Hamaguchi’s Drive My Car scooped the International Feature Oscar on Sunday, becoming only the second movie from Japan to take a competitive prize in the category (the fifth for Japan if we count honorary awards given out in the 1950s). Drive My Carwhich first revved its engines in Cannes last year, had a charmed run throughout awards season. It also made history on Oscar nominations day as the first Japanese film ever to score a Best Picture mention, while Hamaguchi was only the third Japanese filmmaker to be nominated in the Best Director category. 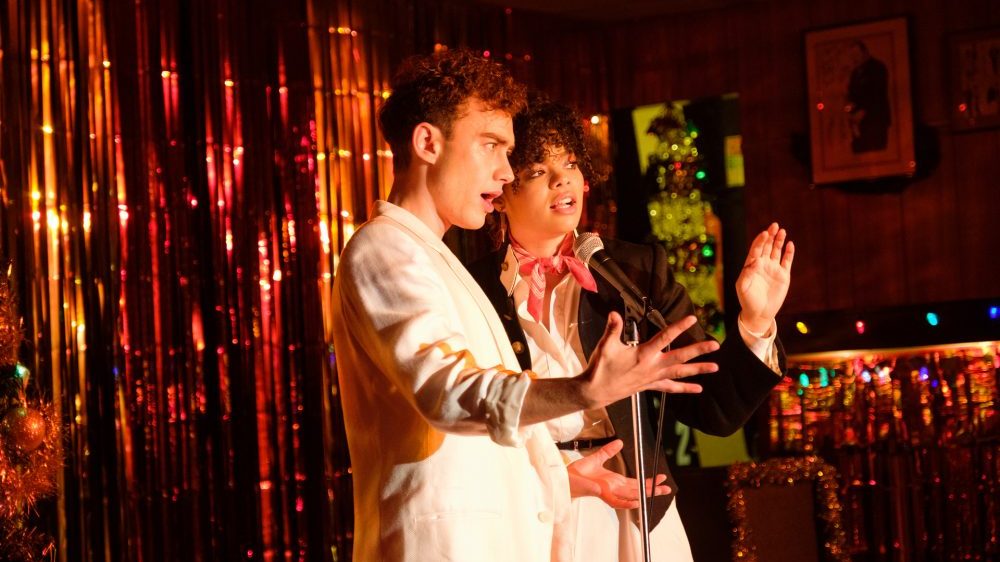 It’s A Sin Helps itself: A victory for social realist drama and an impressive haul for Channel 4 in this week’ BAFTA TV nominations as Russell T Davies’ It’s a Sin picked up six nominations (11 including Craft) and Jack Thorne’s Help was just behind with four. They may be set 40 years apart but both are striking in their portrayal of communities in their chosen era and have wowed audiences. Fresh off the back of three RTS and two BPG Award wins, HBO Max co-pro It’s to Without picked up five noms in the acting categories alone, the second-best performance haul of all time. Others in with a shot of winning big include Olivia Colman-starring Landscapers, Stephen Graham-starring Time and Stephen for Sky, BBC One and ITV respectively.

Controversy: As we all discovered at the start of this week, controversy and awards go together like chalk and chalk. UK collective We Are Doc Women was quick to point out that only one of 12 nominated Directors in the Craft Awards are female. There are in fact more men called James Newton than there are women on the list. “One step forwards, two steps back,” was the We Are Doc Women verdict, and the group will be contacting major broadcaster and indies in due course. BAFTA Deputy Chair Sara Putt agreed more needs to be done but flagged a diverse performance category spread, with more than two-thirds of nominated actors and actresses being recognized for the first time.

Mip TV On The Horizon 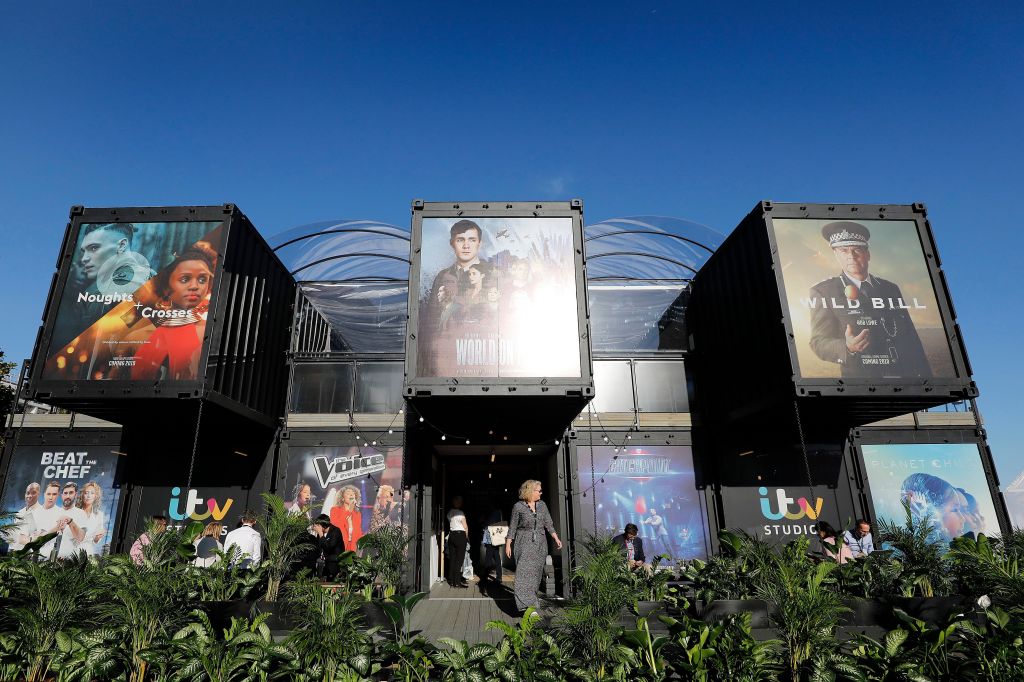 London buses: You wait two years for an in-person TV market then two come along at once: last week’s Series Mania and now Mip TV. Next week’s Cannes jaunt is set to be a goodun’ and I’ve been busy setting out the hottest dramas, factual and formats hitting the Croisette. I also spoke with Festival Director Lucy Smith, who, after two years of virtual Mip TVs, is buzzing for a bit of chatter and goss. Lucy told me that the decision of some major European distributors to decline a stand will be mitigated by an influx of U.S. studios and streamers set to make the journey to France. Stay tuned for daily e-newsletters from Cannes. 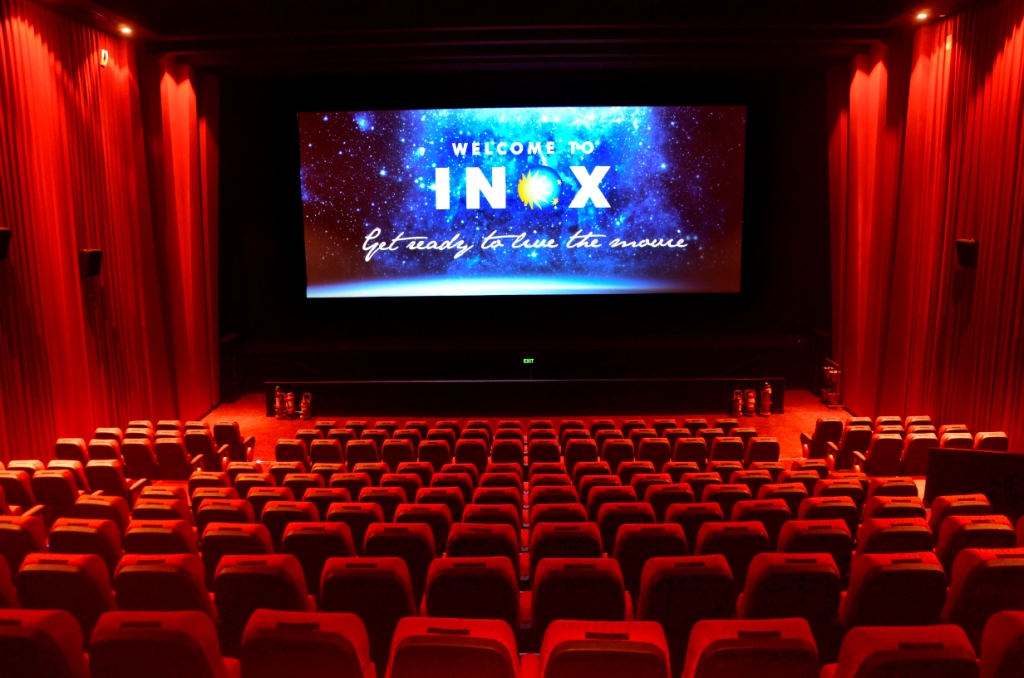 Consolidation: PVR and INOX Leisure, the two largest cinema operators in India, are merging to create a bonafide multiplex giant. The move comes off the back of two years of debilitating closures for cinemas around the world, with lockdowns still coming into play in some countries and a film slate that has seen numerous delays. In India, several of the biggest films of the last 12 months ended up being bought up by streamers and debuting directly online, leaving sites short of high-profile content. Despite that, the recent release of blockbuster RRRwhich recorded the highest single-day opening in India since the pandemic began, shows green shoots of recovery. “The film exhibition sector has been one of the worst impacted sectors on account of the pandemic and creating scale to achieve efficiencies is critical for the long-term survival of the business and fight the onslaught of digital OTT platforms,” said PVR Chairman Ajay Bijli in a statement.

Takeshi’s Ninja Warrior: And finally, two cult favorites are being rebooted. Last Friday, ITV announced an updated Ninja Warrior and Wednesday saw the anno everyone’s been waiting for: iconic Japanese format Takeshi’s Castle is being remade by Amazon Prime Video. The show, which ran from 1986 to 1990 on TBS and inspired a generation of local versions and fans, sees comedian Takeshi Kitano play a count who owns a castle and sets contestants daunting physical challenges. The reboot was revealed as part of Amazon’s Japan Day, which also saw a Modern Love Tokyo version and two new dramas: My Lovely Yokai Girlfriend and Angel Flight. 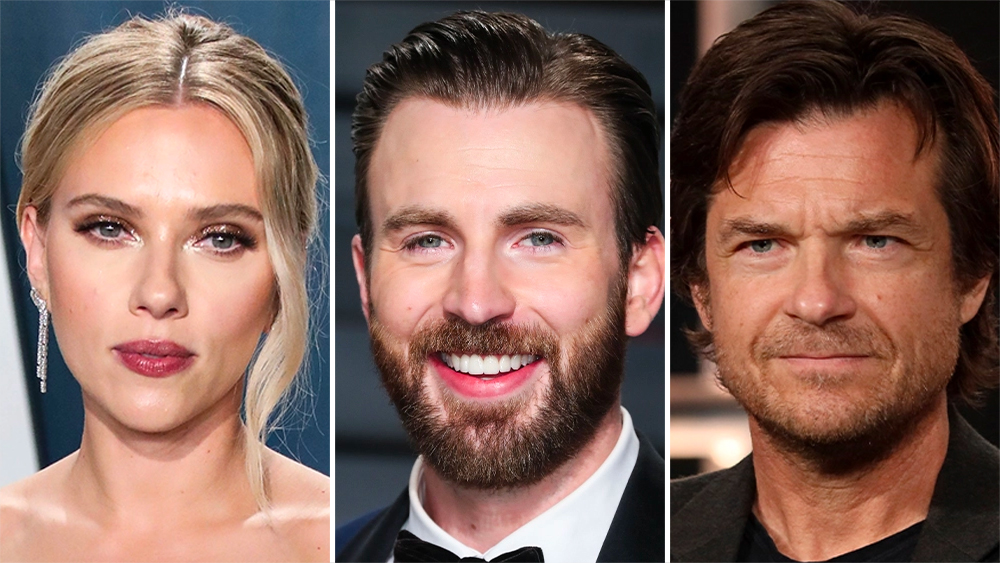 🌶️ Hot one of the week: Tasty global deal from Andreas and Justin Kroll who brought news of Scarlett Johansson/Chris Evans and Jason Bateman’s Project Artemis, snapped up in a $100M+ deal.

🌶️ Another one: Paw Patrol and Bob the Builder creator Keith Chapman is to create “ground-breaking” animated kid shows via a deal with Snipple. A project about a 10-year-old footballer on a pirate ship is the first.

💺 Chair: The BBC boosted its ever-growing commercial ambitions with the appointment of Damon Buffini, Founding Partner of global investment firm Permira, as chair of a newly-rejigged Commercial Board.

💺 Another chair: Former Warner Bros exec Josh Berger is to chair the UK’s Brit School’s Board of Trustees.

🏪 Setting up Shop: Netflix is to open a hub in Poland from which the streamer will run it Central and Eastern European operations.

💰 Payday: NENT Group has won a cool $64M payout from TV2 Danmark over a 15-year-long dispute over ad rebates. The amount totals to more than the Scandi media outfit’s 2021 operational income.

Tszyu knocked down in first round, images, footage, video, highlights, reaction, what happened

Tszyu knocked down in first round, images, footage, video, highlights, reaction, what happened