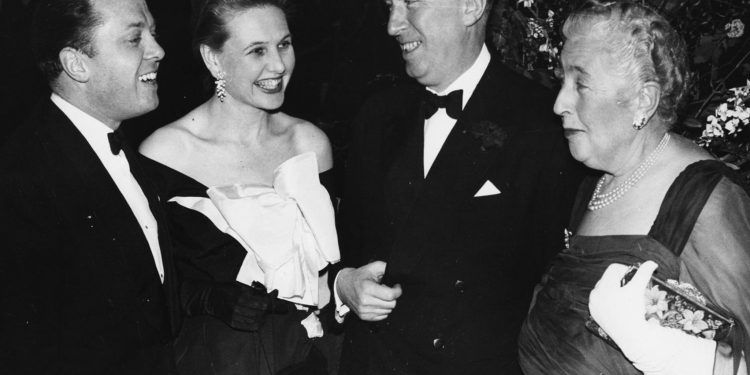 Initiated in 1961 by the International Theatre Institute, every year we celebrate the value and importance of stage, World Theatre Day on March 27 acting as a wake up call for governments, politicians and institutions to see and appreciate productions’ value to cultural society and economic growth.

The Society of London Theatres reported that in 2018 London’s West End theatres drew in a combined audience of 15.5 million, resulting in box office revenue of over £765 million.

Agatha Christie’s murder-mystery, The Mousetrap, has been the world’s longest-running play for decades and continues to attract coach parties of international tourists.

Although having been described as “a not very distinguished play from a poor period,” its success is largely the result of its producer Peter Saunders’ publicity stunts.

When audience numbers started flagging, he noisily celebrated its 1000th performance; then gave it an annual birthday party and invited the press, until it had become an institution.

As the West End production continues to run and run, an extensive UK tour is due to commence later this year to mark the 70th anniversary of the play.

Set in 19th-century France, the story follows the life of Jean Valjean, a man imprisoned for stealing bread to feed his family.

He rejects a life of crime but his past haunts him as he tries to redeem his life, improve his place in society, and to raise Cosette, a young girl entrusted to him by her dying mother.

But he and Cosette become embroiled in the political unrest in Paris with ultimately tragic results.

The show is the longest-running musical ever in the West End and has won three Olivier Awards including, in 1985, Best Actress in a Musical (Patti LuPone), and in 2012 and 2014, the Audience Award for Most Popular Show.

The story tells of a horribly disfigured composer who haunts the Paris Opera from an underground cavern, where he writes music for his beautiful protégée Christine Daaé.

Christine is horrified by the Phantom but feels pity for him.

He terrorises the theatre into promoting Christine ahead of the diva Carlotta, and romance blossoms as Raoul, the patron of the opera house, offers to protect Christine.

She unmasks the Phantom as he appears in his own opera, whereupon he seizes her, and is pursued by Raoul and the mob. Christine saves the Phantom with a kiss and he disappears, leaving only his mask behind.

Based on the 1983 Gothic horror novel by Susan Hill, it was adapted for the stage by Stephen Mallatratt in December 1987, and started off as a low budget production for the new Christmas play in Scarborough.

It turned out to be such a surprise success that it arrived in London two years later, and is currently the second longest-running play in the West End.

The story revolves around a lawyer obsessed with a curse that he believes has been cast over him and his family by the spectre of a Woman in Black.

The captivating and moving story of fraternal twins who are separated at birth, one raised in poverty, one is raised in wealth.

Later in life, the two brothers meet and fall in love with the same girl, each without knowing the other is his twin, and with fateful consequences .Few musicals have received quite such acclaim as the multi-award winning Blood Brothers. The production surpassed 10,000 performances in London’s West End, one of only three musicals ever to achieve that milestone.

Blood Brothers earned itself a place in the Guinness Book of Records after Bernie, Linda, Denise and Maureen Nolan became “the most siblings to have played the same leading lady role in the same West End show at different times”.

Even by West End standards, Mamma Mia! is more than just a show: for those who attend, it is a special event.

Also striking is the fervour with which the stage version continues to be greeted, long after it might have been superseded by the star-studded movie of 2008.

It’s the longest-running jukebox musical in the West End and is a show to be shared by groups of friends – especially female friends – to be stamped and sung along and danced-in-the-aisles to before a few glasses of wine and an uproarious journey home. The combination of a Greek island setting and ABBA’s back catalogue of hits is certainly a winning one.

Mamma Mia! was nominated for six major awards and won an Olivier Award for Jenny Galloway for Best Performance in a Supporting Role in a Musical.

Who could have imagined that a poetry collection with neither plot nor story would provide the inspiration for a show that would transform musical theatre forever?

Cats took this genre to new levels of creativity and success.

Judi Dench, known mainly for her work in Shakespearean roles, was to have played the pivotal role of Grizabella, The Glamour Cat, but she snapped her Achilles tendon during rehearsal and was replaced by Elaine Paige, who had been catapulted to stardom three years earlier when she performed the titular role in Evita.

Cats won Olivier Awards Musical of the Year and Outstanding Achievement of the Year in a Musical for choreographer Gillian Lynne.