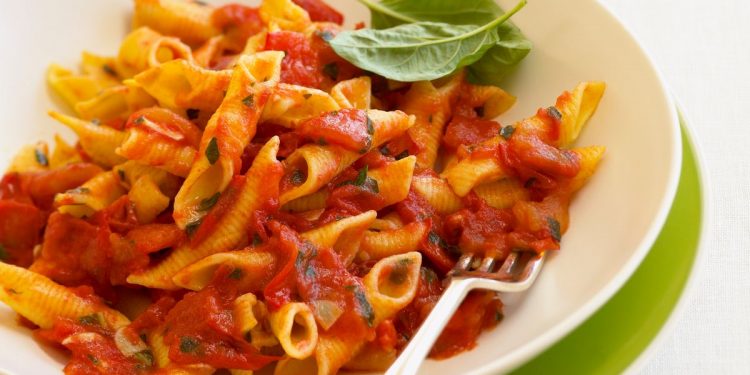 
Cooking doesn’t have to be complicated.

Not only is it much cheaper than convenience food, it tends to be healthier for you because you can control what’s added into it.

Marcella, who died in 2013, was born in Cesenatico, Italy, in 1924 and went on to open a New York cookery school and write hugely respected cookbooks, so what she says goes when it comes to a good old pasta sauce.

The Mirror reports one of her books, Essentials of Classic Italian Cooking, Marcella advises using only three ingredients in tomato sauce – tinned tomatoes, an onion and a generous knob of butter.

It requires no chopping and takes just 45 minutes to simmer on the hob.

Despite its simplicity, the sauce has been dubbed “the best in the world” by Delish magazine.

The trick is to get fresh produce that will deliver on flavour.

“No other preparation is more successful in delivering the prodigious satisfactions of Italian cooking than a competently executed sauce with tomatoes,” Marcella says in her book.

Looking for more pasta cooking tips? We’ve got you covered.

An Italian chef revealed their top tips for rustling up the popular dish.

And in other news, you can cut down your pasta cooking time to five minutes by using this clever frying pan hack.