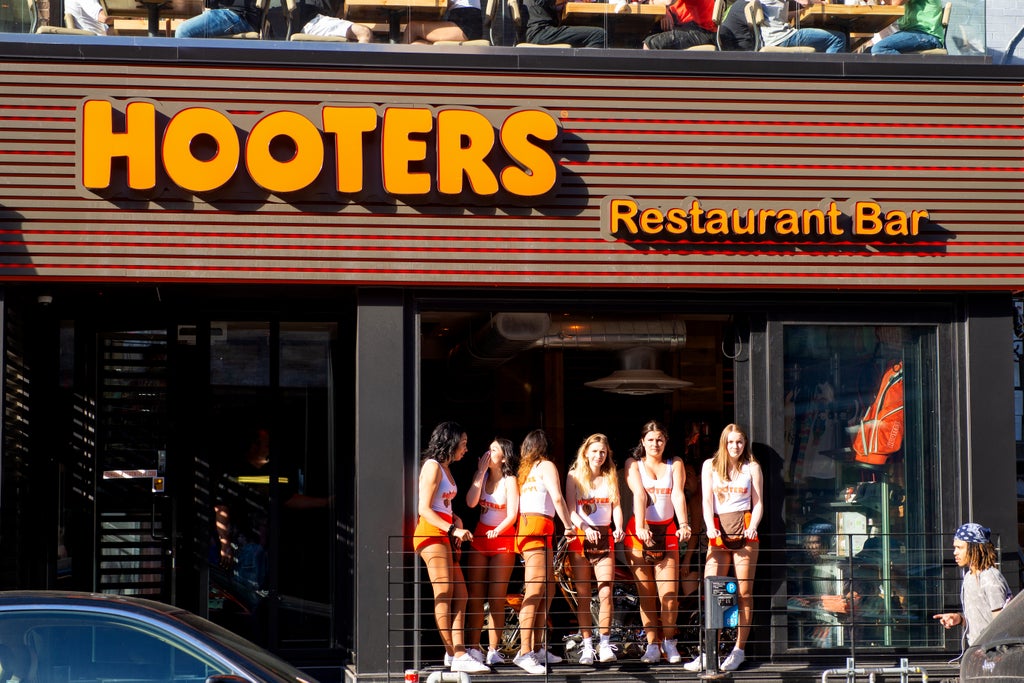 A group of plus-size women have sparked a conversation about the lack of body diversity at Hooters with their Halloween costumes.

For Halloween this year, Big Dolls, a group of women from Mississippi who aim to “empower plus-sized women” and to “uplift, increase confidence and encourage self-acceptance” in plus-size women, decided to dress up in the infamous Hooters Girl uniforms.

The women then shared various photos and videos from the night on social media, with one photo posted to Instagram showing the group of seven posing in front of a Hooters restaurant while dressed in the matching orange shorts and white Hooters tank top required of Hooters waitresses.

While the photo was taken while the women were celebrating Halloween, it has since circulated on other social media platforms including TikTok, where a user named Jaron Furches, who goes by the username @jaronfurches, uploaded the photo along with the caption: “The world’s first plus-size Hooters just opened.”

The video, which has been viewed more than 5.5m times since it was uploaded to TikTok on Thursday, has since sparked a conversation about Hooters’ hiring practises, with many questioning why the company doesn’t hire plus-size women to work at its restaurants.

According to Hooters, looks are a large factor in the hiring process of its Hooters Girls, with the company explaining that its female staff are “identified by [their] glamorous styled hair, camera ready make-up, and fit body”. Speaking to The Independent, a woman who works as a Hooters Girl confirmed that “the company looks for a certain type of woman” and that the Hooters uniform only goes up to a size medium.

While the “plus-size” restaurant isn’t real, one person wrote in the comments: “Or hear me out, Hooters in general could start hiring all women instead of splitting them up and calling it equal.”

Another person asked: “Ok but why can’t they just be hired in your average Hooters restaurant??” to which another viewer replied: “Because Hooters has a weird policy that you need to be thin or at least slim so you can bring in more customers. And if you go over a certain weight, you’re fired.”

“They should be able to work at ANY location,” someone else commented.

Others were supportive of the concept, however, with another person writing: “If this is true I want me a job there.”

Despite the numerous comments from users who appeared to believe that a Hooters that employs only plus-size women exists, Chynna, the CEO of Big Dolls, confirmed that the photo was just for Halloween on Instagram.

After a follower revealed in the comments under her photo that they had initially believed the restaurant’s existence after “somebody reposed this implying that it was a real Hooters,” Chynna wrote: “Unfortunately there will be no Big Dolls Hooters” along with laughing emojis.

While a Hooters that employs only plus-size women does not exist, Furches said in the comments that he would open the restaurant if he “had the money”.

“If I had the money I’m opening up a Hooters for y’all I swear,” he wrote.

The Independent has contacted Chynna, Furches and Hooters for comment.

‘It’s about making a promise and sticking with it’: Ilhan Omar on why she voted against Biden’s infrastructure bill