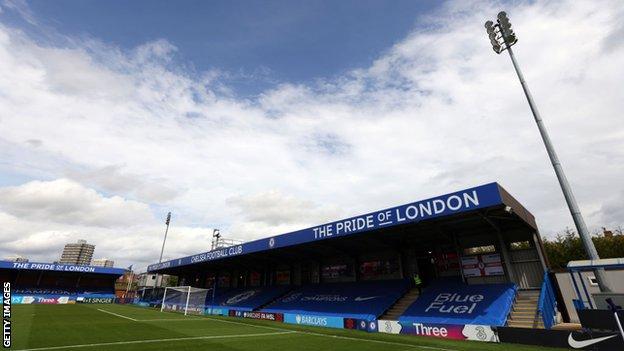 
Wednesday’s Women’s Super League match between Chelsea and Tottenham has been called off for a second time after a Covid-19 outbreak at Spurs.

The game was initially scheduled for January but was postponed because of injuries and Covid cases at Chelsea.

The Blues could have gone top of the table for the first time this season with victory over their London rivals.

The decision to postpone the game has been agreed by both clubs and the Football Association.

In a statement, Spurs said: “The health and safety of both sets of players and staff remains paramount.

“We should like to apologise to everyone at Chelsea and to both their supporters and ours for any inconvenience caused.”

Spurs are next in action on Saturday when they travel to league leaders Arsenal in the north London derby.

The fixture with Chelsea will be rearranged and all tickets will remain valid for the new date.