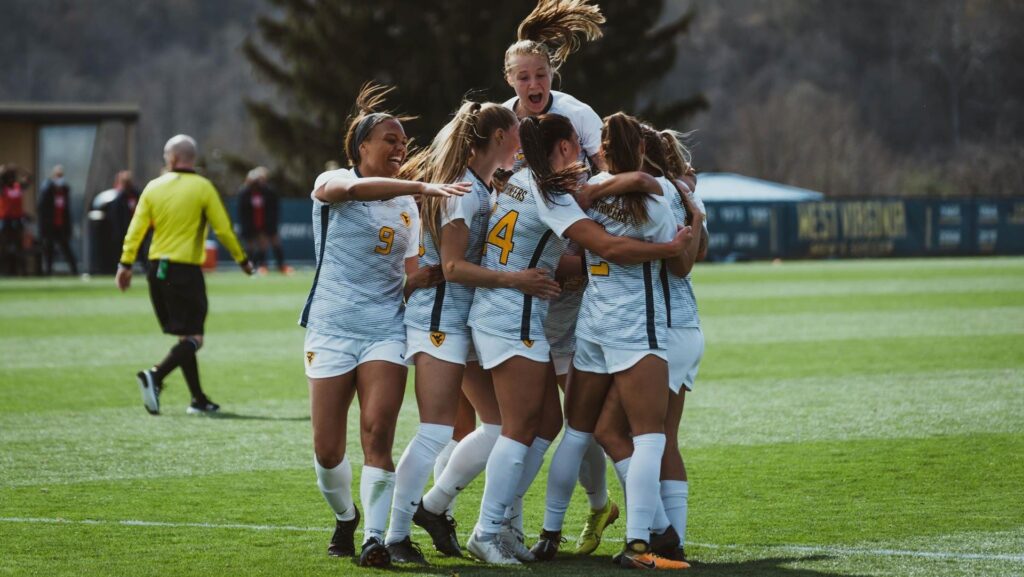 MORGANTOWN, W.Va. – Junior midfielder Isabella Sibley found the back of the net in the 86th minute to help the No. 4 Mountaineers to a 1-0 win over No. 10 Virginia on Saturday afternoon at Dick Dlesk Soccer Stadium in Morgantown.

With under five minutes to play in regulation, Sibley put the Mountaineers in front with an upper-90 flick from just outside the 6-yard box. Freshman midfielder Lilly McCarthy and redshirt junior forward Lauren Segalla earned assists on the goal.

With the win, WVU recorded its second straight victory over a top-10 opponent and extended its streak of 10-win seasons to 21 consecutive years.

“That was a great performance,” WVU coach Nikki Izzo-Brown said. “We started a little slow, but we found a way to win. I’m just so happy for (Sibley) and for this team that they could grind it out and find the win.”

Sibley finished with two shots in the win, the lone Mountaineer to tally multiple shots on the day.

“I can’t speak enough about how valuable she’s been to our program,” Izzo-Brown said of Sibley. “She works at every position. I tell her all the time that her work rate is a huge talent. There’s just so much value in her versatility.”

In all, six of the Mountaineers’ seven total shots came in the second half. Defensively, sophomore goalkeeper Kayza Massey made one save and earned her second clean sheet of the campaign. She also improved to 7-1 between the posts in 2020-21.