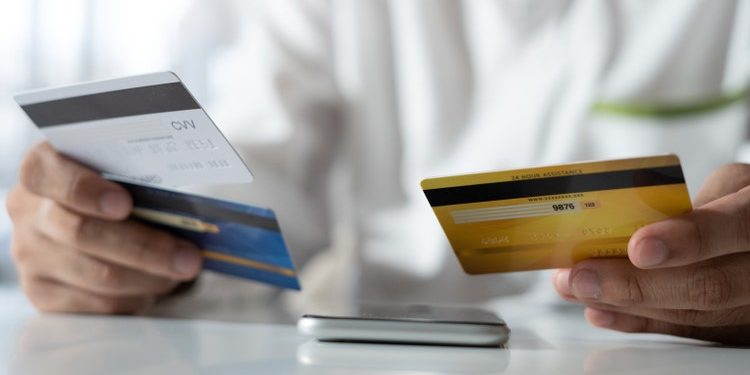 XP, Inc. (NASDAQ:XP) is the largest independent broker in Brazil. The company offers a comprehensive financial service platform to its customers. XP wants to expand further into the banking business and attract more customers from traditional banks by providing a complete investment ecosystem. Currently, the majority of Brazil’s wealth is held within the five largest banks. I present my investment thesis as follows:

In Brazil, the five largest banks divide the market share among themselves. The chart below shows that most of the revenue comes from the following Brazilian banks: Itaú Unibanco (NYSE:ITUB), Bradesco (BBD), Banco do Brasil (OTCPK:OTCPK:BDORY), Caixa Econômica Federal, and Banco Santander Brasil (NYSE:BSBR). According to Reuters, these banks hold 82% of all assets in Brazil. Comparatively, the five largest banks in the U.S. hold just 43% of all assets in the country. These percentages show the extreme concentration of the Brazilian banking sector. Through its expansion strategy, XP is directly expanding into the business of traditional banks.

Revenue in BRL Billion (TTM) of the Largest Brazilian Banks Compared to XP:

The business sectors of XP can be divided into the following areas: retail, institutional, and issuer services. 79% of XP’s revenue in 4Q21 came from the retail sector, with a growing contribution coming from the new business areas of pension funds, credit cards, credits and insurance. In the retail sector, the company operates under three different brands: XP Investimentos, Rico, and Clear. The institutional division represented 9% of XP’s revenues in 4Q21, while the issuer services division represented 8% of the revenue. The remaining 4% belongs to other sectors.

This increasing revenue demonstrates the strength of the XP business model, which aims to disrupt the financial market in Brazil by providing an entire ecosystem. Additionally, it is an indicator of the growing demand for the XP investment platform and the company’s services. Given XP’s entrance into the banking business sector by establishing new business areas in combination with its economic moat (which they built primarily through the creation of an ecosystem), I expect XP to continue to see strong growth in the coming years.

The company’s adjusted EBITDA reached BRL 4.8 billion on an annual basis in 2021, which is a 66% increase relative to 2020. The adjusted EBITDA margin grows from 35.8% in FY20 to 40.1% in FY21. In my opinion, these numbers can be seen – among other reasons – as a result of XP’s solid market position and the strong brand image it has built in Brazil.

XP increased the number of its customers from 2.777 million in 4Q20 to 3.416 million in 4Q21, scaling up its growth by 23%. Due to XP’s new established business areas and its steadily growing network of independent financial advisors (IFA), I assume that XP will be able to continue to steadily increase its customer base in the coming years. In 4Q21 XP’s network of IFA’s reached over 10,000 throughout Brazil, increasing the number of new IFAs in 2021 compared to 2020 by 18%.

XP seeks to integrate further individual clients, institutional clients, corporations, and independent brokerage firms on its investment platform. In this way, the company creates a network effect, which will help them to increase their revenue.

XP has managed to build a strong brand in Brazil. According to Interbrand, XP is currently the 11th most valuable brand in Brazil. The company has built an economic moat to protect itself against its competitors by establishing a complete ecosystem and the creation of its brand image.

In January 2022, XP announced the acquisition of up to 100% of investment platform Banco Modal S.A. According to Reuters, Banco Modal S.A. brings around 500,000 active customers and additional banking sector know-how to XP. Besides XP’s new business areas, this strategic takeover is a further step by them to expand into the traditional banking business.

In 4Q21, the new business areas generated revenue of BRL 224 million. This number demonstrates an increase of 387% compared to the 4Q20 revenue of BRL 46 million.

From my point of view, the business area of credit cards offers the strongest growth perspectives out of the four new business units, and are also the most recently founded at XP.

XP introduced its credit card in cooperation with Visa (V) in 2021. In 4Q21, XP credit cards generated BRL 4.4 billion in Total Purchased Value (TPV). This corresponds to an increase of 33% compared to 3Q21. In fiscal year 2021, XP’s first year as a credit card provider, the TPV was BRL 10.3 billion. In December 2021, XP lowered the threshold for credit card eligibility to BRL 5,000 (from BRL 50,000). I expect that this step will contribute to further revenue growth for the company, as it will ensure that more customers from lower income households will use the credit card.

I expect credit cards to be one of XP’s revenue growth drivers in the coming years. Compared to banks like Banco Bradesco, which only offer credit cards with annual fees, or Banco do Brasil, who offer most of their credit cards with annual fees, XP offers its customers the credit card free of fees. Additionally, XP credit cards offer its clients an “investback” (instead of a traditional cashback) function that allows for a purchase percentage return. This can be used to invest within the XP investment platform. This example shows how XP uses its credit card business to expand further into the traditional banking business to gain additional revenue through its investment platform.

XP’s gross revenue from its new business areas increased from BRL 194 million in FY20 to BRL 582 million in FY21, thus demonstrating a revenue increase of 200%.

At the XP Investor Day in December 2021, it was announced that the new business areas that reached a revenue of BRL 582 million in 2021, are expected to grow to BRL 10 billion by 2025. According to the company, these areas should then account for 25% of the company’s revenue by 2025.

In terms of valuation, I have used the EPS Multiplier Method to determine the intrinsic value of XP. The method calculates a fair value of $55.32 for the company. At the current share price, this results in a margin of safety of 45.1%. Based on this calculation, the company is currently undervalued.

In the next sections, I will explain the assumptions of my calculation:

The Seeking Alpha EPS Diluted Growth (FWD) rate of XP is 28.68%. I have decided to make more conservative assumptions and therefore assume an EPS growth rate of 20% for XP for the next 10 years. Next, I assume an average annual growth rate of 3% for the following 10 years. I have used XP’s current discount rate (WACC) of 8.32% to calculate a fair value.

My calculations are based on the following information as presented below:

Based on the above assumption, I calculated the following results:

Calculation of XP’s Intrinsic Value With the EPS Multiplier Method:

The graph below indicates that XP’s P/E ratio (TTM) is currently at one of its lowest levels since XP’s IPO in 2019. Since XP’s P/E Ratio is currently lower than the Average P/E Ratio of the last 3 years, we see another indicator that suggests the company is currently undervalued.

In my opinion, the increasing competition from digital banks and fintech companies is one of the major threats to XP. The digital bank Nubank (NYSE:NU), backed by Warren Buffett, has more than 40 million customers and also offers a zero-fee credit card, directly competing with XP’s own credit card.

One of XP’s main competitors in the brokerage business is BTG Pactual, which has been growing continuously in recent years and is investing strongly in its digital retail bank. In 2021, BTG Pactual generated revenues of BRL 13.9 billion, up 49% compared to 2020, making the company a strong and rapidly growing competitor.

As traditional Brazilian banks such as Banco Itaú, Bradesco, and Banco Santander Brasil continue to expand their digital offerings and reduce trading fees, XP competes directly with them as well. Given XP’s strong competitive advantage and its newly created business areas, I believe the company will stand out against its competitors over the long term.

However, I see the currency as an additional risk for investors outside of Brazil. A potential depreciation of the Brazilian real represents a risk for the investor. In particular, continued elevated inflation in Brazil could cause the real to depreciate against the dollar in the future. According to the Brazilian Institute of Geography and Statistics (IBGE), the inflation index of the country was 10.06% in 2021. This was the highest inflation rate in Brazil since 2015, when it was at 10.67%, in accordance with the IBGE.

According to the EPS Multiplier Method I have used, XP is currently undervalued. The company’s fair value is $55.32, representing a margin of safety of 45.1%.

With XP’s new business areas of pension funds, credit cards, credits and insurance, the company now offers a comprehensive investment ecosystem and has excellent cross-selling potential. I expect that the new business area of credit cards will contribute significantly to the company’s growth in the upcoming years due to the exemption from annual fees. I also believe that XP will gain market share of the traditional banking sector.

I see XP as a long-term investment and I have a long-term position in XP. In my opinion, XP has an outstanding risk/reward ratio. XP already enjoys a strong position within the Brazilian market; the company was able to build an economic moat due to its strong brand and its ecosystem. At the same time, they still have tremendous growth potential. All of these factors makes XP a buy for me.

However, I recommend that your XP investment does not exceed 3% of your total investment portfolio due to the risks mentioned above.

Couple Buys 18th-Century Chateau in Normandy and Renovates It: Photos

Couple Buys 18th-Century Chateau in Normandy and Renovates It: Photos