“You Wise Guy You!”- Israel Adesanya Amused by the Idea of Fighting Paulo Costa in Front of Crowd


Israel Adesanya is gearing up to make his second title defense as the undisputed UFC Middleweight Champion. And in the midst of all the speculation regarding the when and where of the event, he recently stumbled upon quite a decent suggestion.

ESPN’s Ariel Helwani took to Twitter to share with fight fans that New Zealand already has sports events going on. The country declared itself free of the coronavirus, and officials are taking strict measures to prevent any further spread of the pandemic.

Forget TUF, have you seen sports in New Zealand lately? They are almost back to normal with big crowds at events. It’s incredible, and I’m jealous.

Do Israel Adesanya vs. Paulo Costa in NZ in October … with a crowd.

“Forget TUF, have you seen sports in New Zealand lately? They are almost back to normal with big crowds at events. It’s incredible, and I’m jealous. Do Israel Adesanya vs. Paulo Costa in NZ in October … with a crowd. Who says no?”

While the UFC as been carrying on with its event without any gate or audience, the bout for the Middleweight Championship on the Champion’s turf does not seem like a bad idea.

Adesanya even took to his own Instagram to acknowledge Ariel’s suggestion. 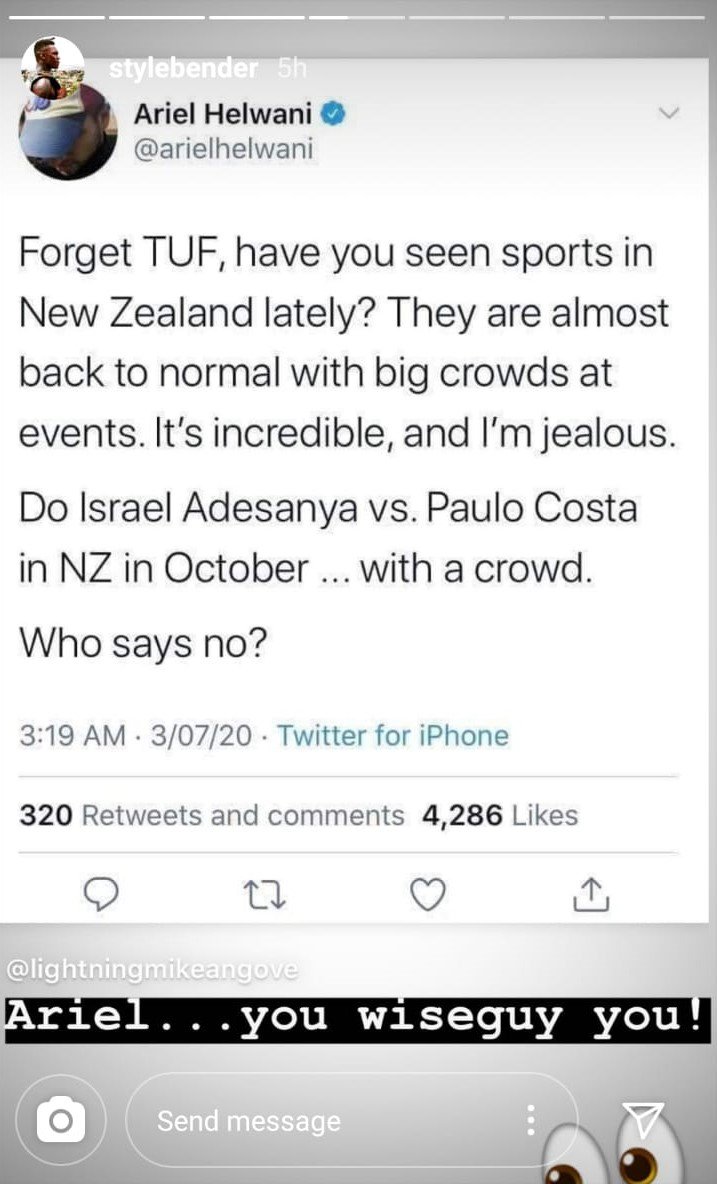 What challenges will Israel Adesanya face in his second title defense?

‘The Last Stylebender’ is really taking on the meanest fighters in order to decorate his mantel with the heads of the best. For example, he made his first title defense against someone whom no one would ever want to call out- Yoel Romero. 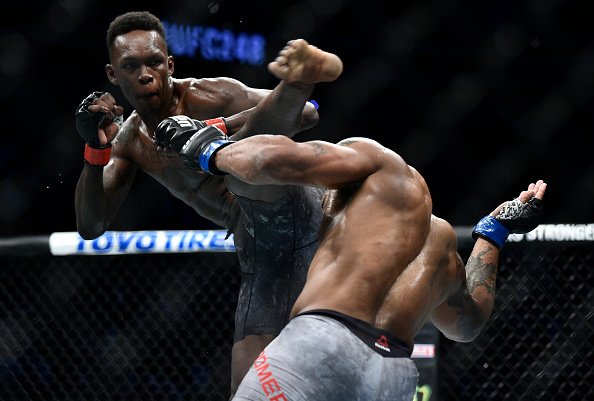 Now, he will take on the unbeaten Paulo Costa- ‘The Borrachinha’, which literally translates to ‘The Eraser’.

Costa also holds a victory over the ‘Soldier of God’. Furthermore, his resume, like Adesanya’s, boasts of a blotless record, with 13 wins. He also holds wins over the top tier of fighters including Uriah Hall.

Costa brings forward overwhelming pressure with his menacing stature. His strikes reach far out to connect to their targets. Moreover, the sheer strength, his most important aspect, is enough to KO any fighter on the planet is it hits gold. 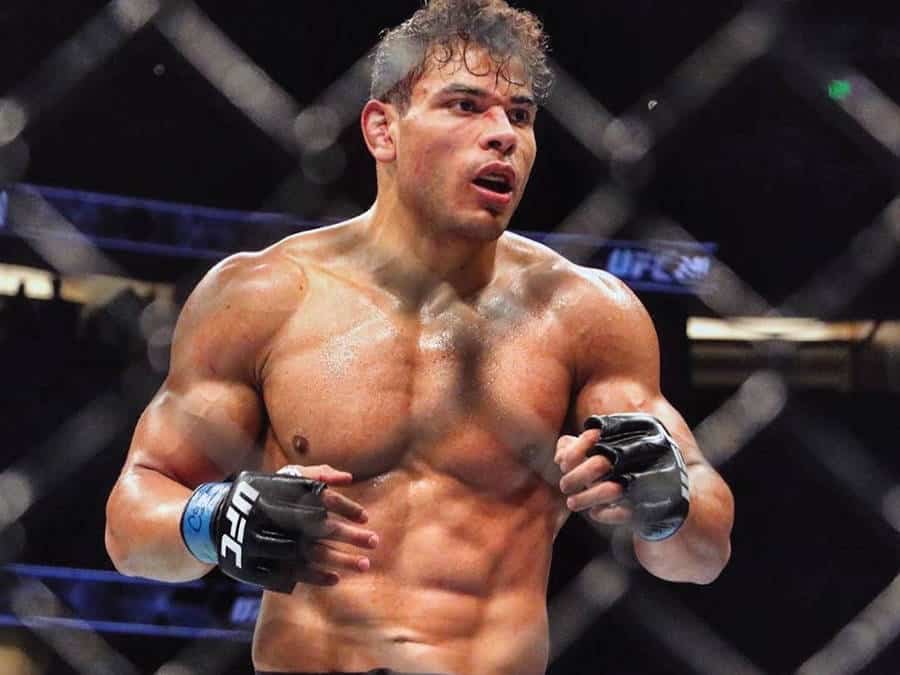 Thus, Adesanya perhaps has his biggest challenge ahead of him. Do you think he will be able to keep his record clean with 0 losses, or will the same be true for Paulo Costa?

Continue the conversation on Telegram, join other MMA fans on MMA Fans Group

Two AFL clubs to set up a Sunshine Coast hub

Redskins to have ‘thorough review’ of name amid race debate

ALFREDO AGYEMAN was the hero...

A CHARITY football match has...

After a tranquil week in...

Redskins to have ‘thorough review’ of name amid race debate