‘You’ve got to be silly’: Biden hits back at Ukraine questions from Fox News reporter Peter Doocy 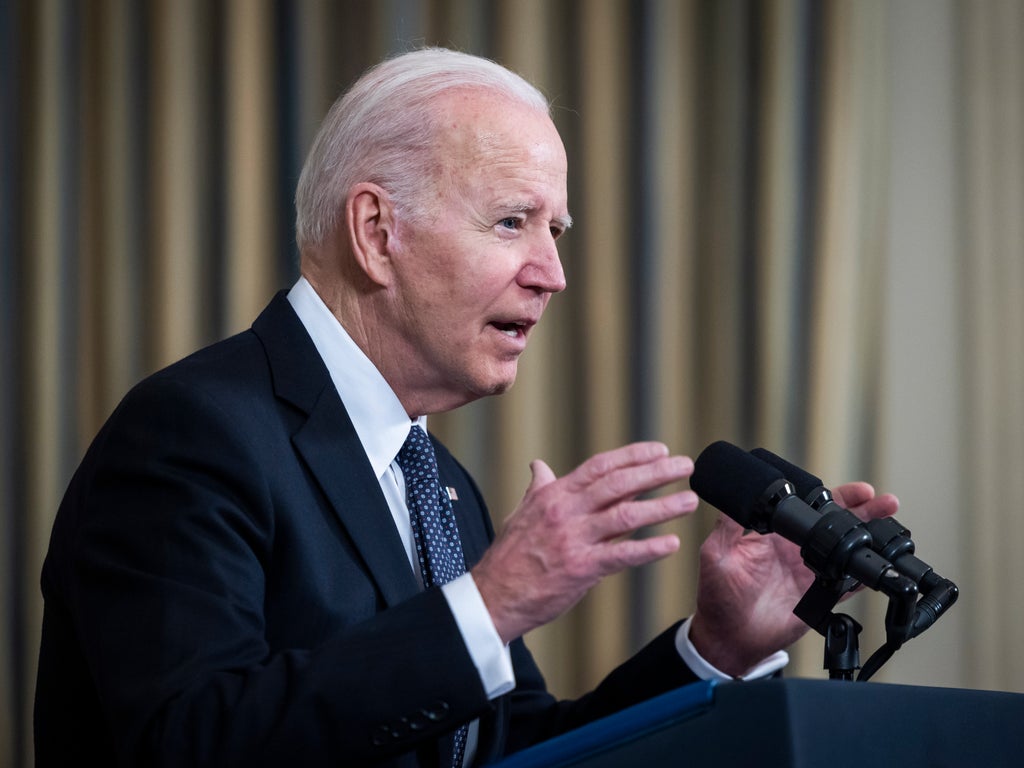 President Joe Biden has rebuffed questions about how the United States would respond to a Russian chemical weapons attack in Ukraine, telling one reporter: “You gotta be silly.”

Speaking at a press conference on Monday, Mr Biden refused to say what the US response would be and denied that he had not been calling for a regime change when he said on Saturday that Russian president Vladimir Putin “cannot remain in power”.

The unscripted comments at a speech to US troops in Poland sent a ripple around the world, with allied leaders distancing themselves from the idea of demanding Mr Putin’s removal while White House officials insisted there had been no change in policy.

On Monday, Mr Biden said he was merely “expressing the moral outrage” that he felt towards Mr Putin, not “articulating a policy change”.

At another point, Fox News correspondent Peter Doocy asked him whether other world leaders would “start to doubt that America is back” if major lines in Mr Biden’s speeches “keep getting walked back”.

Asked to clarify, Mr Doocy cited the apparent call for a regime change, as well as remarks that were interpreted as telling US troops they would soon be in Ukraine, and Mr Biden’s claim that use of chemical weapons by Russia would “trigger a response in kind”.

Mr Biden said: “None of the three occurred. None of the three. You interpret the language that way.” When pressed about chemical weapons, he said: “It will trigger a significant response.”

“What does that mean?” asked Mr Doocy. “I’m not gonna tell you that. Why would I tell you? You gotta be silly,” the president shot back.

When another journalist asked why Mr Biden had not anticipated how his comments might be interpreted, Mr Biden said: “This is ridiculous! Nobody believes we’re talking about taking down Putin. Nobody believes that..

“What have I been talking about all since this began? The only war worse than one that is intended is one unintended. The last thing I want to do is engage in a land war or a nuclear war with Russia.”

Republicans criticised Mr Biden’s comments about Mr Putin, saying they were likely to provoke Russia’s government and would hand it a propaganda gift.

Sanctioned Oligarch Complains He Is ‘Practically Under House Arrest’