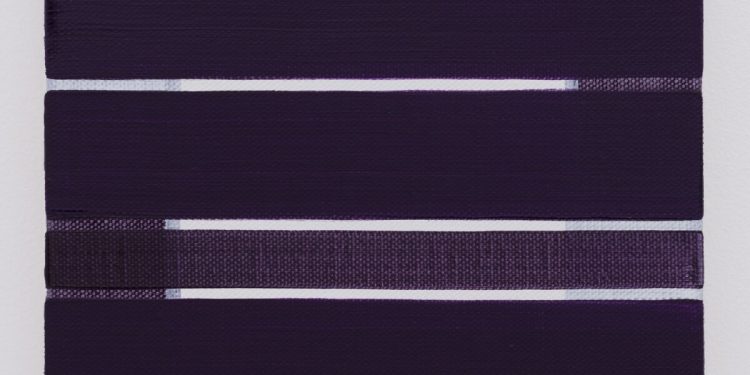 
The contexts are off. As a critic right now, I am supposed to be looking at objects made in a time of desperation while analyzing them in a historically minded context. There is the sense that life is going on — socially, economically, if not psychologically — as some kind of deadly rehearsal for a new normal that will never arrive. It’s 2022, and I’ve got to bring 2019 eyes to 2021 work. When people say time is a flat circle, I have no idea what that means.

I recently received a press email about a show of new paintings, all orange trees, from a painter who previously did not paint orange trees. During lockdown, orange trees were the most readily available subject. That the painter responded is an important act of creation but does not speak highly of the rush to return to our frenzied cycle of production, exhibition and coverage. I see things now that feel either too private or too personal to be productively lensed through my own criticality, also touched by desperation. We sense, at times, we are being invited to review an artist’s medicine cabinet, or skin care routine. I’ve been reading a lot.

What struck me initially about”purple, black, fog”, an exhibition of new paintings from Yui Yaegashi at Parrasch Heijnen (not the gallery that emailed me about orange trees) running through Feb. 5, is how much her paintings have stayed the same. Still tiny, still marvelous. Still too easily compared to West Coast minimalism, when their scale, their semblance to Japanese textiles and their disregard for the hard edge is its own language. Her paintings have a sense of geometry, yet Yaegashi transcends the Modernist branding of the horizontal and vertical line. These are not polite, shrunk-down versions of Mid-Century big boy abstractions.

I’d last seen her paintings in Los Angeles on Jan. 2, 2017. The date is memorable to me because it was the day John Berger died. I’d received a phone call saying as much while I was driving to Parrasch Heijnen, coincidentally, with a copy of Berger’s “And Our Faces, My Heart, Brief as Photos” on my lap, one of his final books, a meditation on time and space, how we access them through poetry, through stories. Yui Yaegashi’s paintings have been described as “stories,” but they narrate only their own construction, drawing attention to their most precise features — the size of her brush, the tightness of the weave of the canvas, the pressure of her stroke, when the blue went before the pink, if the brush was perhaps washed in between. Their scale invites prolonged, intimate looking but seems less concerned with vision or narration than with time and space, two modes that, for all the hand-wringing about the photograph, painting can still explore with unmatched depth and quietude.

These are quiet paintings. All set to eye level and scaled, intentionally or not, at about the size of a smartphone or tablet; privileged modes of vision du jour. They have a meditative presence suited to a vague, California-ish injunction to mindfulness, but they are unlike any other painting I see in L.A. What remains crucially similar between these works and those of her late 2016/early 2017 show, “Fixed Point Observations,” is the hang: In both shows, the annular arrangement of 12 small works in the gallery’s main space are spaced like numbers on a clock. Entering the room, you’re at about 6 o’clock. To survey the show in person is to walk in a flat circle and end where you began.

I’m still adjusting to everything that’s changed. The nature of the change is not immediately apparent. Historian Barbara Tuchman wrote that in the wake of the Black Plague, survivors found themselves “neither destroyed nor improved,” and we are still in the process of identifying our change through negative definitions. It’s not this, but I can’t really say it’s that.

There is a consistent coolness to Yaegashi’s paintings. Not cool as an arbiter of cultural cache, but the measure of a cerebral temperature. Yaegashi drafts color piles onto one another, arresting attention without needing to court it. In “Purple” (2021) the composition is made up of a single inky aubergine, striped across the small canvas with wide lines of varying pressure, creating tones out of shape as the weave of the off-white canvas underneath comes through. “Season With…” (2021) is a block of gray flanked by two bars of bright blue. The composition is simple enough, yet the reward of scrutiny yields rich detail — the ridges that rise between the butting of brushstrokes, the shocks of bright near the corners of the frame, where having surpassed the boundaries of its dark underpainting, her blue makes a new version of itself known.

I just finished reading Don DeLillo’s “Point Omega,” a slim novel about what art and war can do to one’s sense of time. The former is generally within our control, the latter, usually without. His style is simple; the devastation lies in what he chooses to describe. Good writing, I’ve been told, is showing, not telling. What I love about DeLillo’s writing is how he identifies the purple black fog of disaster in the small turnover of details. Trader Joe’s runs out of spinach every day by 10 am. The artist now paints orange trees. The respective titles of Yaegashi’s shows with Parrasch Heijnen — “Fixed Point Observation” in 2017 and “purple, black, fog” currently — do subtly imply a change has taken place, located not in the paint but in the one who meditates on it. Her work has not drastically changed in the face of disaster, but I have.