Zelensky calls for protests to mark one month since Ukraine invasion 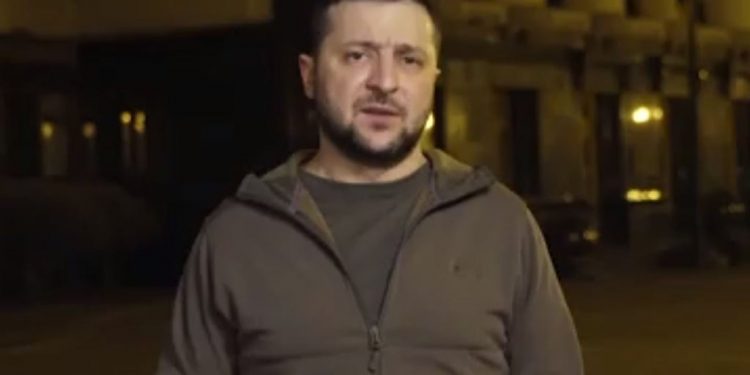 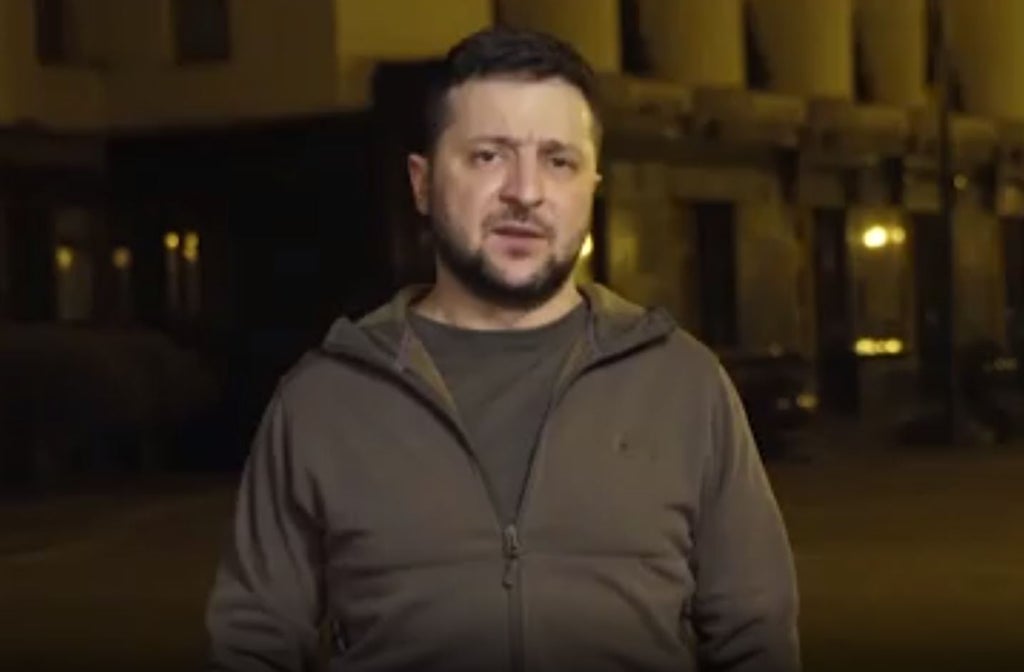 In his nightly video address, Mr Zelensky made a plea for people all over the world to take to the streets on Thursday and show solidarity with Ukraine.

He said: “Come from your offices, your homes, your schools and universities, come in the name of peace, come with Ukrainian symbols to support Ukraine, to support freedom, to support life.”

Mr Zelensky said that Russia was not just waging a war against Ukraine but against the freedom of people everywhere.

It comes ahead of a Nato meeting of world leaders, including Boris Johnson, for an emergency summit.

Mr Johnson will use the visit to set out details of a new support package for Ukrainian forces, including 6,000 more missiles comprising anti-tank and high-explosive weaponry.

US President Joe Biden will also attend the meeting where Nato members will be addressed remotely by Mr Zelensky.

The meeting is expected to sign off on the formation of four new battlegroups in eastern Europe.

Nato secretary general Jens Stoltenberg said the battlegroups – each numbering between 1,000 and 1,500 troops – would be deployed in Hungary, Slovakia, Romania and Bulgaria.

The alliance already has 40,000 troops in Europe under its direct command, nearly 10 times the number it had a few months ago.

Mr Stoltenberg told a news conference on Wednesday that the forces will remain in place “as long as necessary”.

“This is a significant reinforcement of our presence in the east with air, sea and land forces,” he said.

“We are there to protect and defend allies, ready to respond massively to any potential threat or attack against any Nato allied country.”

Ahead of President Joe Biden’s attendance at the summit, the US administration announced it had formally assessed that Russian forces had committed war crimes in Ukraine.

Secretary of state Antony Blinken cited the besieged city of Mariupol where an estimated 100,000 people remain trapped with chronic shortages of food and clean drinking water.

In a call with Mr Zelensky on Wednesday, Mr Johnson said the bombardment of civilian areas in the city was “unconscionable” and demanded a response from the international community.

The Prime Minister said it was time for western powers to step up the supply of military hardware to Kyiv as well as increasing sanctions against Moscow.

“We cannot and will not stand by while Russia grinds Ukraine’s towns and cities into dust,” he said in a statement ahead of the summit.

“The United Kingdom will work with our allies to step up military and economic support to Ukraine, strengthening their defences as they turn the tide in this fight.

“One month into this crisis, the international community faces a choice. We can keep the flame of freedom alive in Ukraine, or risk it being snuffed out across Europe and the world.”

Meanwhile, the Mayor of London has announced a ‘London stands with Ukraine’ peace march taking place on Saturday, March 26.

Sadiq Khan said the march will “give everyone who wants to show their solidarity a chance to stand together with the people of Ukraine.”

The march will begin from Park Lane at 2pm, with Yoko Ono’s ‘Imagine Peace’ message displayed on Piccadilly Lights.

A vigil will take place later in the afternoon in Trafalgar Square.

It is one month since Vladimir Putin began what he described as a “special military operation” in Ukraine, on February 24.

In the months leading up to the invasion, Russia started to amass up to 190,000 troops at its border with Ukraine.

Nato allies, including the UK and US, have condemned the attack and imposed strong economic sanctions on Russia in a bid to destabilise its economy and punish the Putin regime.

More than 3.5 million Ukrainians have now fled the country, according to the United Nations.