10 Taxable Items That May Surprise You 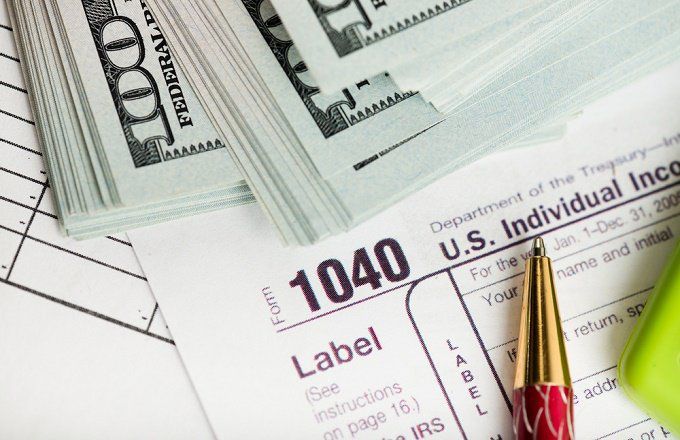 These Items May Not Seem Taxable, But They Are

Taxes are complicated, with nitty-gritty details that hardly anyone is aware of. For instance, did you know the buried treasure you found in your grandparent’s backyard is actually taxable? That’s just the start. Read on to learn about surprising taxable items.

Whether they are things you receive, cash you earn, or money you don’t have to pay back, these assets are taxable:

Get out your calculator and a diagram of your family tree, because this one can get a little complicated. Generally, a gift has to be fairly large before the Internal Revenue Service takes notice, and gifts between certain people or institutions are never taxed, regardless of size. For example, monetary transfers between spouses and direct payments to a medical or educational institution are never taxable.

It would seem bartering would not be taxable since money is never exchanged, but that is not always the case. It depends on the value of the items being bartered and whether or not the items bartered would normally earn the giver any income.

For example, if you and your neighbor take turns watching each other’s dogs while the other person is on vacation, you don’t have to claim it on your taxes because you both received something of equal value and neither of you is in the animal boarding business. However, if you do an hour’s worth of your neighbor’s yard work in exchange for your neighbor helping you set up your website, which is what that person does for a living, the IRS says you have to report the market value of the service on your tax return.

Alimony has to be reported on your tax return as income. This trips up some people who assume it is treated like child support, which is not taxed.﻿﻿

In most cases, the money you end up not paying because a loan is forgiven has to be reported as income, whether it is forgiven by a private company, such as a bank, or the federal government.﻿﻿ This is something many people who decide to take advantage of debt settlement are not aware of.

There are some exceptions, though, such as a loan being forgiven by a loved one—that counts as a gift.﻿﻿ Also, forgiven debt may not be taxed if it is part of a bankruptcy, insolvency, or primary mortgage debt.﻿﻿

If you earn income from illegal activity, technically you have to report it.﻿﻿ That includes selling drugs or extorting money. This probably has the distinction of being the least-followed tax rule in the book.

If you receive a scholarship that pays for anything other than tuition, fees, and books, you have to pay taxes on it. Work-study income will also be taxed, although not always at the state level.﻿﻿

How much tax you have to pay on your unemployment income depends on the state in which you live. The federal government counts unemployment income as taxable income, but not all states do the same. To minimize the pain at tax time, you can have taxes deducted every time you receive an unemployment payment instead of having to pay it all at once.

As part of the American Rescue Plan, signed into law by President Biden on March 11, 2021, a Senate amendment made $10,200 of unemployment compensation paid in 2020 tax-free at the federal level for anyone earning less than $150,000. That amount is doubled for married couples filing jointly. If you filed your tax return early for the full amount of unemployment received, the IRS will make adjustments automatically. State rules are different, so be sure to check this list to see if your state conforms to the exemption.

If you earn money from renting out your room or house for more than 15 days, you have to pay taxes on that income.﻿﻿ As the personal rental industry continues to grow and gain recognition, expect this rule to be more strictly enforced.

9. Presents from Your Boss

If your employer gives you a $500 bonus, it’s automatically taxed. But what about other gifts? An engraved name tag doesn’t count, but a season pass to your local basketball team is another story.﻿﻿

If you offer your eggs to an infertile person, you have to pay taxes on the amount you received for them. Sperm donors also have to report any income they receive from donating their sperm.

Chances are, you haven’t experienced most of these situations. But you’ve probably run into at least one, and you never know which tax gaffe is going to lead to a full-blown audit. “I didn’t know” is hardly ever a justifiable excuse, and it’s especially true during tax season. Don’t gamble with your financial future just to save a few bucks. Follow the rules and avoid getting on the bad side of the IRS.

A sour taste: Milk delivery giant turns its back on loyal customers

Random Reinforcement: Why Most Traders Fail