3 Undervalued Easter Eggs to Watch For This Earnings Season 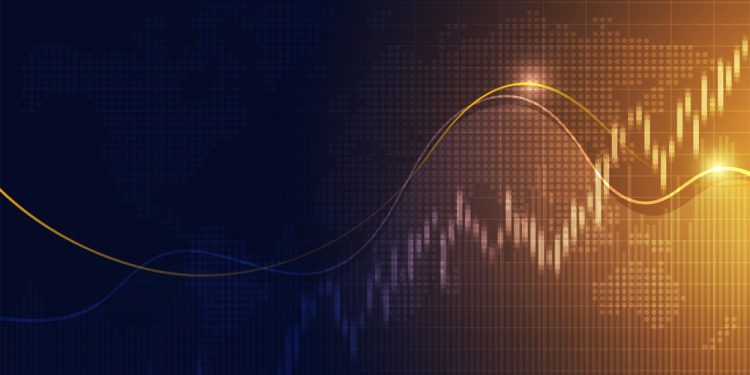 Some of you with children may participate in an Easter Egg hunt this weekend. If that’s the case for you, I hope your kids come home with lots of little treasures.

That got me thinking. With the red-hot CPI and PPI numbers that came in this week, you may be on the hunt for some undervalued stocks that can give your portfolio a sugar high as well. The market is closed on April 15 and that’s probably good news for some investors. It’s time to take a step back and map out a strategy of stocks to buy as earnings season kicks into gear on April 18.

With that in mind, I’ve taken the liberty of identifying three undervalued stocks. These stocks are not only strong on their fundamentals, but they are trading near their 52-week lows so they have some technical upside to consider as well.

Earnings season gives you an opportunity to hear what the companies have to say about their earnings and revenue outlook for the rest of the year. Based on what analysts are saying, it’s reasonable to expect that the outlook for these companies will be strong. Here then are three Easter egg stocks for you to consider.

Generac (NYSE:GNRC) – I recently heard from someone who was beginning the process of pricing out his expected costs for an electric vehicle. As he ticked off items on his list, the last one caught my attention. Backup generator for the house. HIs reasoning was sound enough. In case of a power outage, you don’t want to be left with no way to charge your car.

That may be an extreme reason to buy shares of Generac stock, but it’s really no different than buying a generator to prevent food spoilage. It’s there for comfort and for peace of mind. On purely technical grounds, I won’t try to spin the idea that GNRC stock is undervalued. However, on the company’s last earnings call, it reported that demand for its home standby generators remained strong. In fact, it specifically noted that it had a backlog that was valued at $1 billion.

Generac passed the $1 billion mark in revenue in the last quarter. And the company continues to beat on the top and bottom lines on a year-over-year basis. But that hasn’t comforted investors who have been selling the stock sharply. GNRC stock is down 27% for the year. However, analysts give the stock a buy rating with a consensus price target of $463.35 which would be a gain of over 80%. Generac is scheduled to report earnings on May 5.

Qualcomm (NASDAQ:QCOM) – This may look like a contrarian play with the way semiconductor stocks are getting sold off prior to earnings. And Qualcomm has not been immune from negative reactions from analysts. In the last week, QCOM’s price target has been lowered by two analysts. However, in both cases the analysts maintained their Buy rating. Also in both cases, the new price target is in line with the consensus number. That means the stock still has an upside of over 40%.

Fortunately, QCOM stock is slightly undervalued based on some fundamental metrics prior to earnings season. Better still, the company recently inked a multi-year deal with Starring (NASDAQ: STLA) to use Qualcomm’s connected car technology in its vehicle lineup.

Qualcomm reports earnings on April 27. At this time, the consensus estimate is for the company to deliver earnings per share of $2.68 this will be above the $1.41 it delivered in the same quarter in 2021.

Southwest Airlines (NYSE:LUV) – I sounded a cautionary note on Delta Air Lines (NYSE:DAL) before the airline reported earnings. With DAL stock up 13% since the earnings report, other airlines have ridden on its coattails. And LUV stock is among them. It’s up 11% for the week.

I’m not sure that Delta’s report contradicts my overall thesis. Airlines don’t offer guidance for more than a quarter or so out. And my concerns for all airlines are looking into the latter part of this year. But as was the case at the onset of the pandemic, Southwest has a better balance sheet than many of its peers. As of its last earnings report, the airline had over $16.5 billion in liquidity and a net cash position of over $3 billion. This makes it more likely that the company will be able to resume payouts to shareholders perhaps as early as next year.

And because Southwest doesn’t rely on international and business travel, it may be better positioned to capture a larger share of the pie.

Who needs the Maldives! Why we’re smitten with the Isles of Scilly off Cornwall’s coast

Who needs the Maldives! Why we're smitten with the Isles of Scilly off Cornwall's coast