A Meta Trade That Has Multiple Scenarios To Generate Returns (NASDAQ:FB) 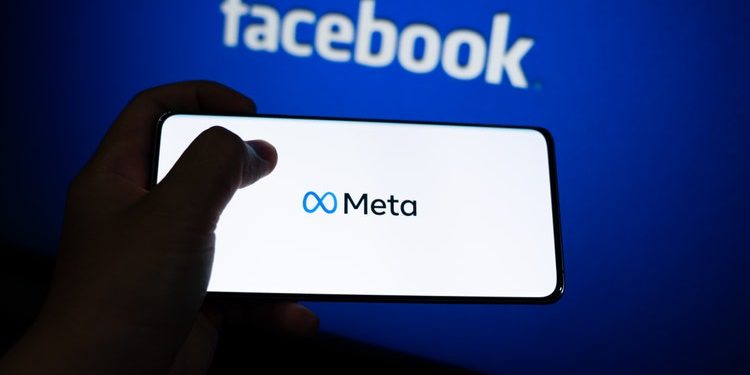 
Having worked for a small RIA that managed accounts that in some instances were smaller than $10,000, run a multibillion-dollar trading desk and managed portfolios for a treasury that invested tens of billions of dollars, I have seen every which way to trade various asset classes and come across all different types of traders and investors. I do not think that one is necessarily better than the other when comparing retail and institutional, but institutions have many more ways to generate cash flows than retail investors due simply to the fact that they can almost always justify “the juice being worth the squeeze” if they are so inclined. At the same time, retail investors are able to just move in and out of positions easily due to size and the fact that they generally do not HAVE to hold any particular position.

Being somewhat of an interloper in the industry, it does provide me with an interesting perspective, especially when you get these heated debates about certain stocks. Generally speaking, you have the retail crowd which is on one extreme or the other (cannot buy enough shares, or cannot sell fast enough) and the institutional crowd forced to hold a name due to benchmarking, indexing, or investment policy requirements. Sometimes, these roles are reversed, where the two groups are pitted against each other (one buying one selling) but historically we have been witness to the retail crowd being split with institutions in the middle. (Note: In my opinion, the meme phenomenon was a rarity in that you had the two sides pitted against each other in a very public manner.)

See, retail investors are generally limited to either being long a stock or just not owning it, as they do not want to take on the risk of being short and do not have large enough positions to participate in programs like securities lending, overlay investing, etc. It is a very beautifully simplistic world to operate in, as you only have to own exactly what you like a lot, and just avoid the rest.

Institutional investors on the other hand are different animals. When I was over the trading desk, I would make every trade count. I would bundle trades to provide liquidity to other trading desks and take a discount, have our portfolios participating in securities lending, optimize purchases of things we had to own to get access to things we wanted to own. In short, it pays to have an imagination and think outside the box when on the institutional level because it allows you to create alpha on positions that generally hold back everyone’s performance (think short-term Treasuries in a fixed-income portfolio when markets are not in duress).

Which brings us to the current hot button stock of the day, Meta Platforms (NASDAQ:FB).

Everyone by now knows the situation surrounding Meta; there are plenty of great arguments for why this stock is going lower with many of them centered around the updated privacy policy of Apple (AAPL) and what Alphabet (GOOGL) (GOOG) plans to do with its Android OS. Add on issues such as the tens of billions being spent on the development of Meta’s metaverse project, user growth stalling at Facebook and word that small and mid-size advertisers are for the first time looking at other avenues for their ad dollars, and yes you have a compelling argument for not being long this stock. The catch is, although you do have a vocal retail crowd who is bearish, the short interest is not elevated compared to many other names (although it is roughly double names like Apple and Alphabet – that is a very low base to compare to as Meta only has 1.32% of its float shorted and those names are 0.50-0.60% of their float shorted).

On the other end of the spectrum you have retail traders arguing that the stock needs to be purchased “hand over fist” due to the low P/E, continued revenue growth, and earnings forecast to hit an all-time high (on a per share basis) in 2023. Again, compelling arguments but not enough to have moved the stock higher since its sell-off.

While there have been some institutional investors who have exited their Meta holdings, many of those were momentum traders and the hedge-fund type. From talking to friends in the industry and reading trading notes, we are surprised at how many who actually seem the most bearish are actually holding their current positions (even if they have decided not to add any additional exposure) or maintaining allocations in their model portfolios. We will admit it is a very strange phenomenon which is most likely due to how large the company is and its sheer size in some of the indices used for benchmarking, but also offers a stark contrast in outlooks of institutional investors who have the same negative opinions on a stock as retail investors but an entirely different posture when it comes to positioning their portfolio.

While this may be surprising to some readers, it is important to remember that everyone in this industry is fighting for the same clients and need to post returns that are somewhat similar. This is the problem with benchmarking, and a reason why in some cases institutional investors absolutely behave with herd-like tendencies by owning the underlying asset, but the differentiating factor is how they seek to outperform.

I think some of the recent moves by analysts are quite telling, and indicative of the overall view of the institutional crowd. For instance, Oppenheimer lowered their price target on Meta to $305 from a previous price target of $375 but kept the stock rated outperform. Also keeping the stock rated an outperform but lowering its price target (from $245 to $240) was RBC Capital Markets. Those reports cited a lot of the facts for not being bullish, yet the analysts remained bullish in spite of the privacy policy issues, short-term market share losses, and a potential loss of key customers.

While the consensus price target is the lowest it has been in years among analysts, there are still an awful lot of bullish calls out there. It could be because many see a low multiple stock trading near what appears to be a level of support, but we think most of this has been window dressing prior to Meta’s earnings, which will be announced after the market closes on April 27, 2022.

How We Would Trade This

It is important to keep in mind, that what you want and what you need are two entirely separate things, and two factors driving this trade.

On this trade I find myself not overly bearish nor overly bullish, just marginally bullish long-term. I view 2022 as a transitional year, or gap year, in order to get to 2023, and as new investor funds have come in to start the year I do find myself in that institutional predicament of HAVING to add exposure to maintain portfolio target allocations. So, in order to de-risk some of this trade and generate some cash flows, I am going to also sell some calls against the Meta exposure being added.

I purchased the additional shares at $212.05/share and sold the October 21, 2022 $250 Calls for $10.85. This option should get me through two earnings releases and allow me the opportunity to reposition just before the October release (whether that means writing a put because my position was called away or writing a new call because the stock remains below the $250 strike on October 21st).

I like this trade because it accomplishes a few things. First, we get the exposure to the stock that we need even though we are not expecting the stock to go gangbusters in the near term. Second, we are able to generate an options premium from the sale of the call which was worth a net of $1,084.33 per contract. And lastly, we have locked in a price we are happy to sell at for a short-term gain if the stock closes above $250 on October 21st.

Since I have to own Meta and do this trade, I like the construction of this trade as it provides some potential alpha. Ignoring what I do with the options premium as far as reinvestment, and focusing just on the potential outcomes from cash flows and calls, we are left with more ways to generate outperformance than underperformance.

So whether you hate the stock, love the stock, or have mixed feelings about its outlook, there are ways to generate outperformance by trading like an institution that has to own a position. This approach generates excess returns if the stock goes down, if it stays unchanged and if it goes up (but not over $260.84/share on the settlement date). Even if the shares are called away, making a trade with a total return of 22.93% (the options premium and capital gain) over roughly six months is a respectable move, and your only real loss is the opportunity cost that you give up to give you more avenues of generating excess returns in various situations.