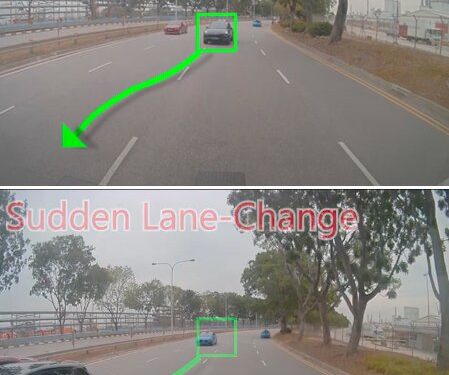 
In recent years, many companies, research organizations and academic institutions worldwide have been trying to develop safe and reliable autonomous vehicles. To be deployed on a large-scale, however, these vehicles should be able to move in a wide variety of roads and environments, without colliding with other vehicles, pedestrians, bicycles, animals or nearby obstacles.

Researchers at the University of Maryland have recently developed a new technique that could improve the effectiveness of simulators currently used to train models for self-driving vehicle navigation. This technique, introduced in a paper published in IEEE Robotics and Automation Lettersbuilds on their previous research focusing on autonomous vehicle navigation.

“While there is currently a lot of interest in autonomous navigation for self-driving cars, current AI methods used for navigation do not take into account the behavior of human drivers or other autonomous vehicles on the road,” Prof. Dinesh Manocha, who supervised this research project, told TechXplore. “The goals of our work are to develop robust technologies that can detect and classify the behaviors of other road agents (e.g., vehicles, buses, trucks, bicycles, pedestrians) and use these behaviors to guide the driving trajectories of autonomous vehicles.”

Accurately detecting these different driving patterns can be very useful for autonomous vehicles, particularly at critical moments (e.g., when changing lanes or entering/exiting the highway), as it allows them to adapt their trajectories and safety measures accordingly. In the past, many teams have thus used simulation platforms to enable self-driving vehicles, as well as advanced driver assistance systems (ADASs), to accurately classify these driving behaviors.

“Autonomous driving navigation systems are typically trained in simulation before carrying out field tests,” Rohan Chandra, another researcher involved in the study, told TechXplore. “In our recent paper, we present a novel behavior-driven simulator that can emulate a large variety of diverse behaviors observed in real-world traffic scenarios. This means that the underlying navigation system can be trained to handle complex driving behavior in real-world traffic scenarios.”

The simulation technique introduced by the researchers is based on a model that can classify the driving behavior of other agents on the road. This model, called CMetric, analyzes the trajectories of other agents and then computes them, using state-of-the-art computer vision tools.

“Using CMetric, our behavior-guided simulator can generate agents with varying behaviors, which results in mixed traffic scenarios,” Angelos Mavrogiannis, another researcher who carried out the study, told TechXplore. “The simulation of heterogeneous driving behaviors is a unique aspect of our work. We use a deep reinforcement learning policy based on DQN (Deep Q-Network), which we integrated with our simulator.”

The driving behavior prediction model introduced by Mavrogiannis, Chandra and Manocha can be integrated with a wide variety of state-of-the-art algorithms for vehicle navigation. This means that other teams worldwide could use it to improve the training of their own models and improve the overall performance.

So far, most existing models for autonomous driving have struggled to navigate complex urban environments. This includes roads with high traffic or with a high number of traffic lights, pedestrians and bicycles. The simulation technique developed by this team of researchers could ultimately help to improve these models’ performance in these complex urban scenarios.

“Current autonomous driving systems are mainly applicable to highway traffic situations,” Chandra explained. “Our method, on the other hand, provides a novel solution for simulating and evaluating autonomous driving technologies in complex urban or challenging scenes. This is even more important in terms of handling challenging traffic conditions that are observed in Asian cities, where the traffic density is higher, and many drivers do not follow the lanes of traffic rules. Our simulator is the first step to generate those traffic patterns.”

While it was primarily designed to be a tool for training algorithms, the simulation technique developed by the researchers can also be used to generate training datasets that also consider driving behaviors and vehicle trajectories in complex urban environments. As part of their research, Mavrogiannis, Chandra and Manocha have used these behavior classification methods to create and analyze METEOR, a large-scale dataset containing dense and unstructured videos of intense traffic conditions. These videos were collected in India and then manually annotated by the researchers to highlight rare or interesting driving behaviors, such as atypical road interactions and traffic violations.

In the future, the dataset released by the researchers could be used by other teams worldwide to improve the navigation of autonomous vehicles and ADASs in crowded and complex urban environments. The researchers are now also planning to make the simulation technique they developed open source, so that other teams and companies can use it to train their own models and algorithms.

“We are now developing better methods to classify the behavior of road agents using commodity cameras (e.g., in smartphones) and use them to improve the navigation of autonomous driving systems,” Chandra added. “These methods could also aid a human driver as part of ADAS.”