Amber Heard testifies in Johnny Depp defamation trial: ‘This is horrible for me’ – The Guardian US 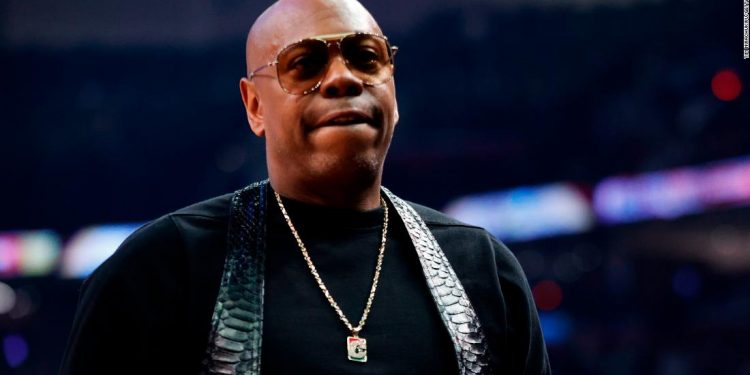 Amber Heard took the witness stand in a Virginia court on Wednesday afternoon during Johnny Depp’s defamation lawsuit against her – a make-or-break moment for the actors in a four-week trial that had so far largely focused on Depp’s version of events during their turbulent 15-month marriage.

“I struggle to find the words to describe how painful this is … this is horrible for me to sit here for weeks and relive everything, to hear people that I knew, some well, some not, my ex-husband with whom I shared a life, speak about our lives in the way they have,” she said.

“This has been one of the most painful and difficult things I’ve ever gone through, for sure,” Heard added.

Heard described typical activities from her upbringing in Texas, ranging from breaking in horses to working at her father’s construction company, where she answered phones, then working at a modelling agency, where she earned enough to have professional photographs taken, and her move to Hollywood.

She had met Depp when she auditioned for Bruce Robinson’s The Rum Diary. “I was the dream kid, that’s what he told me,” Heard testified.

During filming in Puerto Rico in 2011, the actors were scripted to kiss. “It didn’t feel like a normal scene in the job, the lines were blurred. He grabbed my face and pulled me in and really kissed me.”

Heard was asked if he used his tongue. “Yes,” she said.

In her trailer, she said, “he kind of picked up the back of my robe with his boot and I kind of turned around and giggled … He kind of playfully pushed me down on this bed, sofa. Playful and flirtatious.

“And he said, ‘Yum.’ And kind of lifted his eyebrows up like that.”

Depp’s seduction continued, she said, with Heard “batting him away”. After the filming was complete, she said, they parted. “We were both in relationships. It was intimidating, and we went out separate ways.”

Months later, she said, Depp called her out of the blue and invited Heard to his house in Beverly Hills, ostensibly to have a drink with him and Robinson. “It was clearly not about the movie, if you know what I mean,” she said.

Depp, she said sent her a dress he described as wrapping paper – “happy wrapping”, he wrote. He sent guitars and other gifts. Finally, on the Rum Diary press tour in London, they slept together, she said.

“He kissed me and I kissed him back. It was a beautiful and strange time. We were falling in love. For the rest of the press tour it was on, let’s put it that way.” Depp invited her to his house in the Bahamas, she said. “It felt like a dream, like absolute magic.

“I fell head over heels in love with this man,” she told the court. “When I was with him, I felt electricity in my body. I had butterflies. I couldn’t see straight. I felt like this man knew me, saw me, in a way so one else had.”

But, Heard testified, Depp began to “just disappear, and you couldn’t get hold of him. He’d disappear and come back. He’d be different.”

Heard testified about the first time Depp allegedly hit her, telling the jury: “I’ll never forget it. It changed my life.”

The two were sitting on a couch, drinking, she said. A “jar of cocaine” sat nearby, the court heard, and Heard asked Depp about the “Wino Forever” tattoo on his arm.

“You think it’s funny, bitch?” he said after hitting her, she testified. “I laughed because I didn’t know what else to do. I thought this must be a joke,” she said.

“I didn’t move, freak out, because I didn’t know what else to do,” she told the court. “Then he slapped me again one more time. Hard. I lose my balance on edge of couch and I wished so much he’d say he was joking.” Heard said Depp slapped her again.

Depp then got down on his knees and sobbed, she said. “I will never do that again, I’m so sorry, baby … I thought I put the monster away,” Depp said, she testified. Heard said she knew she had to leave, but didn’t want to.

“I wish I could say I stood up and walked out of the house but I didn’t,” she said. “I was heartbroken.” Depp, she said, called a few days later to say, “he would rather cut [his] hand off” than lay it on her.

Depp, Heard said, criticized her choice of clothes – about “pouring herself out” in a low-cut dress at a charity event.

Then “there’d be a blow-up. He’d smash things,” Heard told the court. “He loves to break furniture,” she said, and would often “smash up a place”. Heard said she noticed a pattern of escalation.

Heard testified that Depp was deeply jealous and that his jealousy turned their relationship into “a never-ending fight”.

“It was a revolving door of accusations,” Heard told the jury. “I was an acquaintance with someone. And he was accusing me of having an affair with them.”

At times, Heard said, Depp would disappear to get clean and sober. “When he was done, he’d go back to being this unbelievable, warm, generous, kind man that I loved.” But Depp’s negative behavior returned, she said, and she began to predict his moods and behavior.

“What kept me in it was waiting for the other shoe to drop, the sobriety shoe,” Heard said, adding that she held on to the hope he would eventually be “ready to get clean and sober again”.

On one occasion, she came down to breakfast to find the kitchen table littered with alcohol and cocaine, and Depp agitated. “I realized I wasn’t going to talk our situation down. He was intent on me admitting an affair I wasn’t having,” Heard said.

Heard said she convinced Depp to leave the house with her to get him to work. On the car-ride, she said, Depp held one of the couple’s teacup Yorkies out of the car window while howling.

Heard said: “Everyone in the car just froze. Nobody did anything. He’s howling and holding this dog out of the window. No one reacted, no one did anything.”

Heard went on to testify that Depp, who she said was drinking, threatened to kill her while the two were in the Bahamas to sail on his yacht before it was sold to author JK Rowling.

“He slams me up by my neck and holds me there for a second and tells me that he could fucking kill me and that I was an embarrassment,” she said.

His daughter, Lily-Ross Depp, was upset by her father’s behavior, Heard said, and Depp attacked her because he thought she had told his children about his addictions. Heard then left the island taking Lily-Rose with her.

In court, Depp shook his head and said, “Wow.”

Heard also testified that her former husband would pass out and lose control of his bodily functions.

“This man lost control of his bowels and I cleaned up after him,” she said. “He passed out in his own sick … and then he’d walk around saying he didn’t have a problem,” Heard testified. “No one told him. No one was honest with him,” she said of the people around Depp.

Depp, 58, testified that he never struck Heard, and that, in fact, he was the victim of abuse, and was punched and struck by his wife on many occasions. Depp described Heard to the jury as having a “need for conflict”.