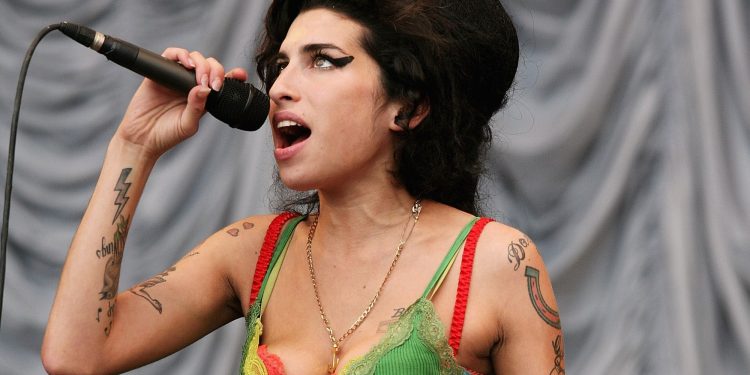 
Amy Winehouse’s iconic performance at Glastonbury Festival in 2007 is being released on vinyl for the first time ever.

The vinyl release of ‘Live at Glastonbury 2007’ will mark the 15th anniversary of Winehouse’s legendary performance on the Pyramid Stage, her second time playing Glastonbury. She performed her timeless hits like ‘Rehab’, ‘You Know I’m No Good’, ‘Tears Dry On Their Own’ and ‘Valerie’. See the cover and the full tracklist below.

Artwork for the release will include a recollection of the performance by Glastonbury co-organiser Emily Eavis, who said in a statement: “Amy Winehouse was a Glastonbury-goer through and through. She either came and played or, when she wasn’t working, came and camped. She played in the blistering heat and the heavy rain, and there were so many magical moments to her performances.”

The vinyl is due for release on June 3 via Universal Music. The performance is being pressed on 2 black LPs, with a crystal clear edition made available exclusively through Universal Music. Pre-orders for the vinyl can be made here.

Amy Winehouse died at the age of 27 in 2011 from alcohol poisoning. She had only released two albums – 2003’s ‘Frank’ and 2006’s ‘Back To Black’ – both of which are critically acclaimed. Following her passing, a posthumous compilation ‘Lioness: Hidden Treasures’ was released in 2011.

In November, a Fender Stratocaster guitar used by Amy Winehouse on stage and in the video for ‘Take The Box’ was sold for £117,00 at an auction, while the dress that Winehouse wore during her final stage performance a month before she died was sold for more than £180,000.

The tracklist for Amy Winehouse’s ‘Live at Glastonbury 2007’ is:

The Moneyist: ‘They said we need to give them money’: My husband’s family wants him to pay for a new car — and they call ME a gold digger! How do we stand up to them?