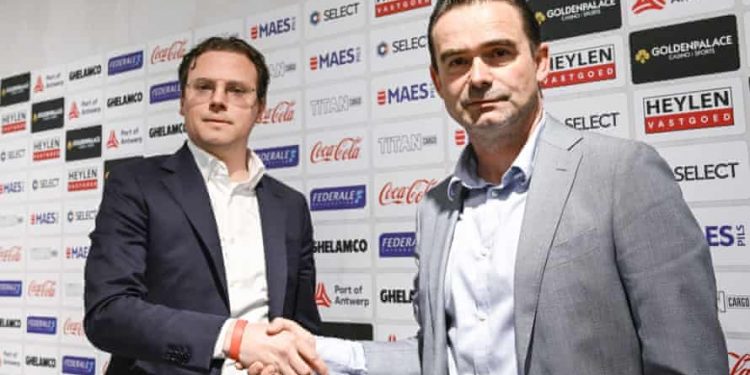 If football’s self-appointed celebration police thought Arsenal’s players had overdone it on the happiness front after their 1-0 win at Aston Villa on Saturday, the Fiver shudders to think of what they’d have made of the sight of assorted Barcelona players grinning maniacally, high-fiving each other and generally looking delighted with life last night. After all, ending a game 12 points behind the league leaders with just 10 games to go is nothing to get excited about unless it’s some kind of statement result.

Well, if spanking four without reply past your bitterest rivals on their own patch isn’t a reason to be cheerful on a Sunday evening, then the Fiver doesn’t quite know what is. And that’s exactly what Barça did on their first visit to the Bernabéu under Xavi, swatting Real Madrid aside like they weren’t there. Pierre Emerick-Aubameyang scored twice, with Ronald Araújo and Ferran Torres bagging a goal apiece in a bona fide rout; the visitors could and probably should have scored several more.

It wasn’t bad for a club who were in all sorts of turmoil before Xavi returned to manage the club six years after his 767th game for them as a player. Last night wasn’t just a welcome clásico win but an emphatic victory after five straight defeats and served up in a style the manager insists is non-negotiable. “We are back,” announced Gerard Piqué on social media in the game’s aftermath, in the kind of triumphant scenes last spotted online when Newcastle scraped a 1-0 win over Burnley back in December.

“Maybe we can say we’re back,” said Xavi, who wasn’t quite as ready as his players to count his chickens. “This is the path to follow. This is the way we want to play. It was a complete performance. We were much better than Madrid. We played almost as the home team at their ground.” While Carlo Ancelotti could have been forgiven for giving it the full Frank Lampard by blaming Real Madrid’s defeat on his players and their perceived lack of cojones, that has never really been the Italian’s style so he selflessly threw himself under the bus. “It isn’t a problem for me to take responsibility,” he said, his eyebrow high in the night sky like the Wembley arch. “They played better than us. We wanted to control the ball more, to press them high, but it didn’t work … it’s my fault. We weren’t recognisable. Everything went badly.” Badly for Real but swimmingly for Barça after their short-lived mini-crisis, but was it just one of those nights or a portent of things to come?

“It is important to give people new opportunities and to turn the page” – Sven Jaecques, Antwerp’s general manager, said he had not specifically talked to female workers at his club about the decision to employ Marc Overmars a little over a month after he left his job at Ajax over inappropriate behaviour towards female colleagues.

Get your ears around the latest edition of Football Weekly.

“It’s well known both that Barcelona are on their uppers and that Arsenal are looking for a new striker. Barça have a stunningly successful goal-scorer, of international quality and with useful experience of the Premier League. Surely a deal could be struck?” – Charles Antaki.

“Re teachers as football players: as a young Loons fan, I was a Station Park regular and a Forfar Academy High student before migrating to flamin’ Australia in the mid-1960s. Imagine my surprise when I went to an early-season game in the new academic year and discovered my Latin teacher – John May – haring down the left wing for Forfar Athletic. Monday’s class was the most respectful and attentive I’d been part of” – Alan Clark.

Send your letters to the.boss@theguardian.com. And you can always tweet The Fiver via @guardian_sport. Today’s winner of our prizeless letter o’ the day is … Alan Clark.

Jarrod Bowen, who suffered foot-gah! playing for West Ham against Liverpool earlier this month, is now a doubt for their Big Vase quarter-final tie against Lyon. Which, given the cuisine in that part of France, might be a blessing in disguise.

Chris Kamara, of Leeds United and Sky Sports fame, is suffering from apraxia of speech. He’s receiving treatment and hopes to beat the condition.

In Argentina, the derby between Rosario Central and Newell’s Old Boys was delayed after grenades, thrown onto the pitch by fans, blew holes in the playing surface. What a sentence that is.

Big Phil Brown is back in the Football League, baby.

Graham Arnold, the Socceroos coach, has been fined by Football Australia for breaking Covid-19 protocols, taking a stroll at Narrabeen Beach on Sunday after testing positive on Thursday.

Crystal Palace booked their place in the semi-finals of the FA Cup after thrashing Everton 4-0. Frank Lampard was not amused, lambasting his players in the process of accepting no responsibility whatsoever. Man City also reached the last four of the cup, three goals in the last half-hour seeing off Southampton.

It’s been a difficult season for Leicester but they might just be on the way back, beating Brentford 2-1 thanks to goals from Timothy Castagne and James Maddison.

Apparently there was a game in Madrid last night. Sid Lowe investigates the rumour.

Suzanne Wrack gets her chat on with Arsenal’s Lia Wälti to talk Big Cup action against Wolfsburg and the symbolism of playing home games at the Emirates.

Felix Magath, formerly of Fulham, was confined to his hotel room with Covid before his first game as manager of Hertha Berlin, so Mark Fotheringham, a German-speaking Scot, led them to victory over Champions League-chasing Hoffenheim. Here’s Andy Brassell with more on that and the rest of the Bundesliga action.

Bordeaux are not only bottom of Ligue 1 but also fighting among themselves, which sounds just like the beautiful game we know and love. Eric Devin has more.

As the famous saying goes, where there’s football there are talking points, so here are 10 from the weekend’s action.

Brian Clough never won the FA Cup, but Jürgen Klopp just might. Richard Jolly shares some thoughts on the similarities between the two following Liverpool’s defeat of Nottingham Forest.

Chelsea’s FA Cup win at Boro came in front of a near-empty away end, and their semi-final may take place in front of a half-empty Wembley. Jonathan Wilson has some thoughts on the matter.

New The Witcher Game Officially In Development, Will Use Unreal Engine

New The Witcher Game Officially In Development, Will Use Unreal Engine