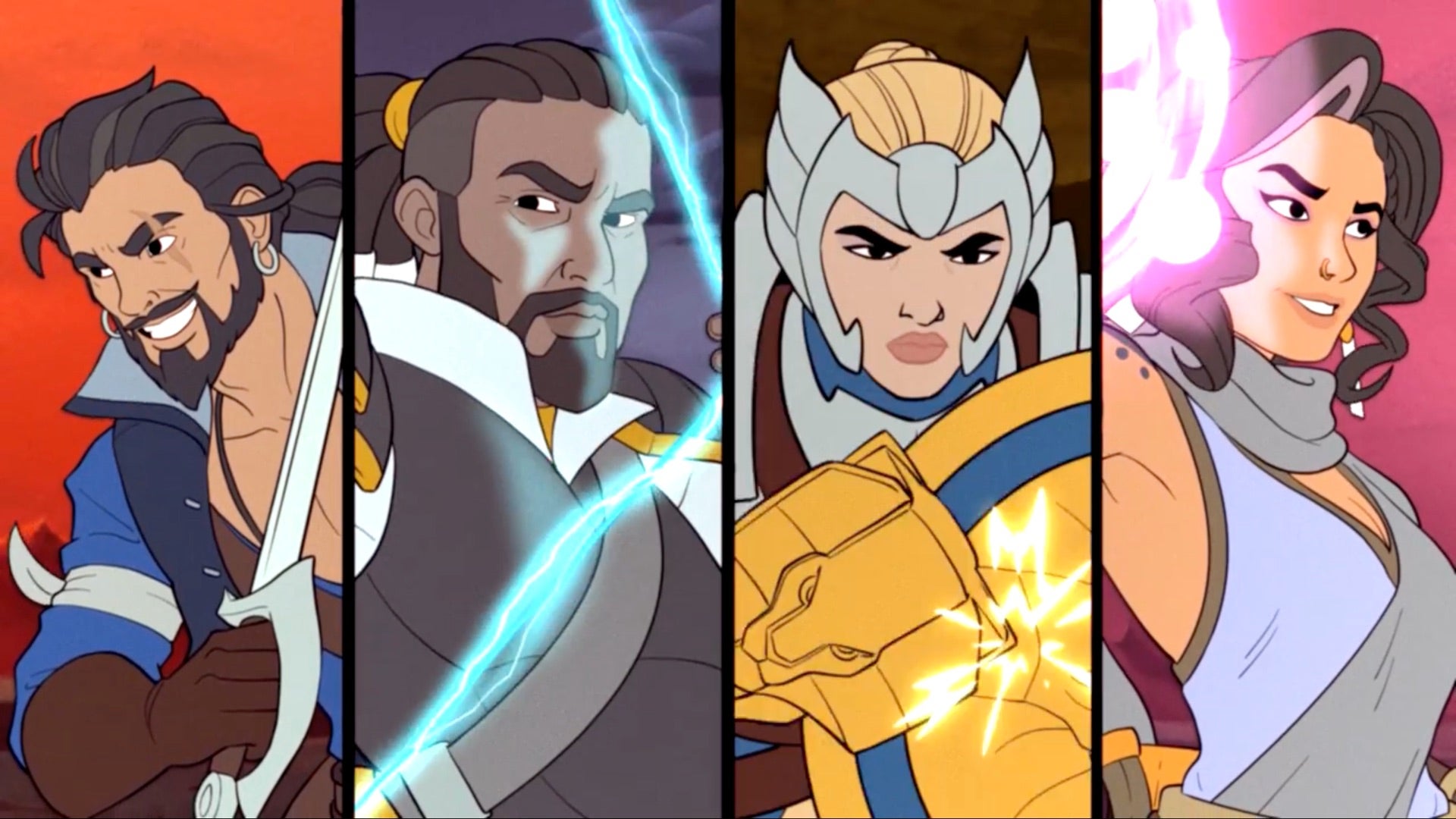 Beamdog, the developer perhaps best known for its remasters of Black Isle Studios classics such as Baldur’s Gate and Planescape: Torment, has unveiled MythForce, a new first-person fantasy rogue-lite inspired by the Saturday morning cartoons of the 80s.

First things first, MythForce looks kind of glorious, doing an admirable job of capturing the ambiance of any number of 80s cartoon favourites, albeit rendered in full 3D. There’s a definite air of the fondly remembered Dungeons & Dragons’ animated outing about it, for instance (with a little bit of arcade cult-classic Dragon’s Lair thrown in), which is entirely fitting given Beamdog describes its game as a first-person swords & sorcery adventure.

At MythForce’s core is a roguelite dungeon-crawling experience that sees up to four co-op players – in the role of either Victoria the valiant Knight, Rico the charming Rogue, Maggie the wise Mage, and Hawkins the deadly Hunter – storming a colourful cartoon castle packed with “treasure, traps, and terrors”. Beamdog is promising to arm players with “legendary weapons and powerful magic” as they attempt to survive the forces of evil within.

MythForce’s rogue-lite structure means adventurers will be forced back to the start on death, with the castle reconfiguring itself on every attempt. All won’t be lost, however, with players able to use a “meta-progression system” to level up between runs.

Beamdog is opting to go the early access route with MythForce, and its initial release will include four playable heroes and its first episode, Bastion of the Beastlord – with the likes of new weapons and enemies set to be added as development continues. The game is expected to remain in early access for around a year, with major content patches – introducing the likes of new episodes and other “heftier” features – arriving “every few months”.

MythForce launches into early access on 20th April, but only on the Epic Games Store.