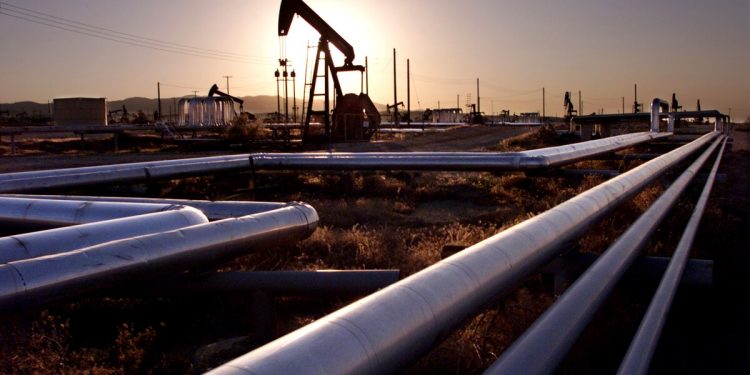 The Biden administration is sharply raising rates for the royalties companies pay on oil and natural gas extracted from federal lands, as it moves forward under court order with sales of public fossil fuel reserves in nine states, Interior Department officials said Friday.

The announcement comes as Republicans pressure President Biden to expand U.S. crude production and rein in high gasoline prices contributing to record inflation. Biden also faces calls from within his own party to do more to curb emissions from fossil fuels that are driving climate change.

The royalty rate for new leases will increase to 18.75% from the current 12.5%. That’s a 50% jump, the first increase to royalties for the government in decades.

Leases for 225 square miles of federal lands, primarily in the West, will be offered for sale in a notice to be posted Monday, officials said. That’s about 30% less land than officials had proposed for sale in November and less than what was originally nominated by the industry.

Interior Department officials declined to specify which states would have parcels for sale or to give a breakdown of the amount of land by state, saying the information would be included in Monday’s sales notice.

The burning of fossil fuels extracted from public lands accounts for about 20% of energy-related U.S. emissions, making them a prime target for climate activists who want to shut down leasing.

Republicans want more drilling, saying it would increase U.S. energy independence and help bring down the cost of crude. But oil companies have been hesitant to expand drilling because of uncertainty over how long the high prices will continue.

The onshore lease sales will be the first by the U.S. Bureau of Land Management since Biden suspended them just a week after taking office in January 2021, as part of his plan to address climate change.

The administration last year was ordered to resume the sales by a federal judge in Louisiana, who said Interior officials offered no “rational explanation” for canceling them.

Hundreds of parcels of public land that companies nominated for leasing had been dropped from the upcoming lease sale because of concerns about wildlife being harmed by drilling rigs.