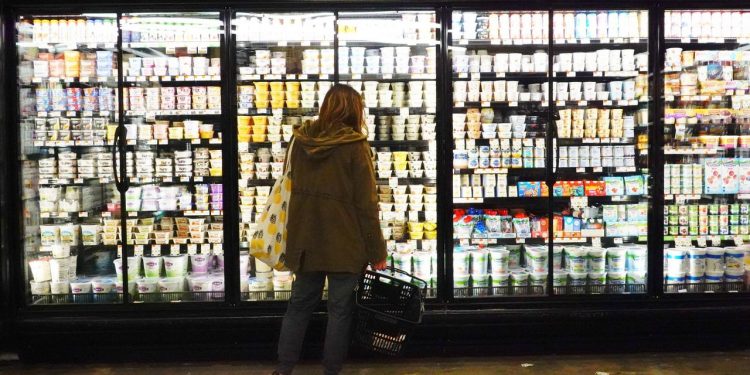 
The Biden administration on Monday defended its low-ball forecasts for U.S. inflation, as officials rolled out the president’s proposed budget for the 2023 fiscal year, which starts Oct. 1.

That doesn’t look realistic, as the inflation rate in February was 7.9% — a 40-year high. Moreover, a survey this month of members of the National Association for Business Economics found that 78% of them expect inflation to stay above 3% through the end of the 2023 calendar year.

When asked about the administration’s inflation forecasts by reporters, top White House economist Cecilia Rouse emphasized that the figures were determined months ago.

“The forecast was locked on Nov. 10 of 2021, so that was quite a while ago” said Rouse, who chairs Biden’s Council of Economic Advisers. Officials had expected “inflationary pressures to ease over the coming year,” but then Russia invaded Ukraine and that “created additional upward pressure on prices,” she added.

“There’s tremendous uncertainty, but we and other external forecasters expect that inflation will ease over the coming year,” Rouse also said.

“We will have a chance to update our forecast for the next budget, and that update will reflect recent events that were unknown at the time the forecasts,” she told reporters during a conference call.

Ahead of the budget release, analysts at Beacon Policy Advisors said the administration’s inflation assumptions would be key to watch for.

“Too low an inflation estimate and it won’t be believable, but too high and it will become political ammunition for Republicans,” the analysts said in a note.

March CPI figures are slated for release on April 12.

In releasing Biden’s budget, administration officials have touted how it would reduce the deficit by $1 trillion, though critics have said the deficit is declining because Congress blew it out for two years with COVID-19 relief.

Rouse faced a question about whether the Biden administration still would claim $1 trillion deficit reduction if it used more realistic inflation assumptions.

“We have actually done an analysis of the impact of unexpected changes in inflation on our budget, and based on that analysis, inflation above the forecast raises both expenditures and revenues by similar amounts, such that it will have little impact on the deficit overall,” she said.

Inflation is a key consideration in passing Biden’s domestic agenda. The president’s “Build Back Better” spending proposal foundered in December due to opposition from Democratic Sen. Joe Manchin of West Virginia, who said inflation was one of his top concerns.

“The budget lowers costs for families,” Rouse said, including in areas such as health care, child care and energy.

The spending blueprint proposes $20.2 billion for Department of Health and Human Services programs aimed at early care and education, an increase of $3.3 billion over the 2021 enacted level.