Bill Clinton releases video message as he recovers from sepsis: ‘I’ll be around a lot longer’ 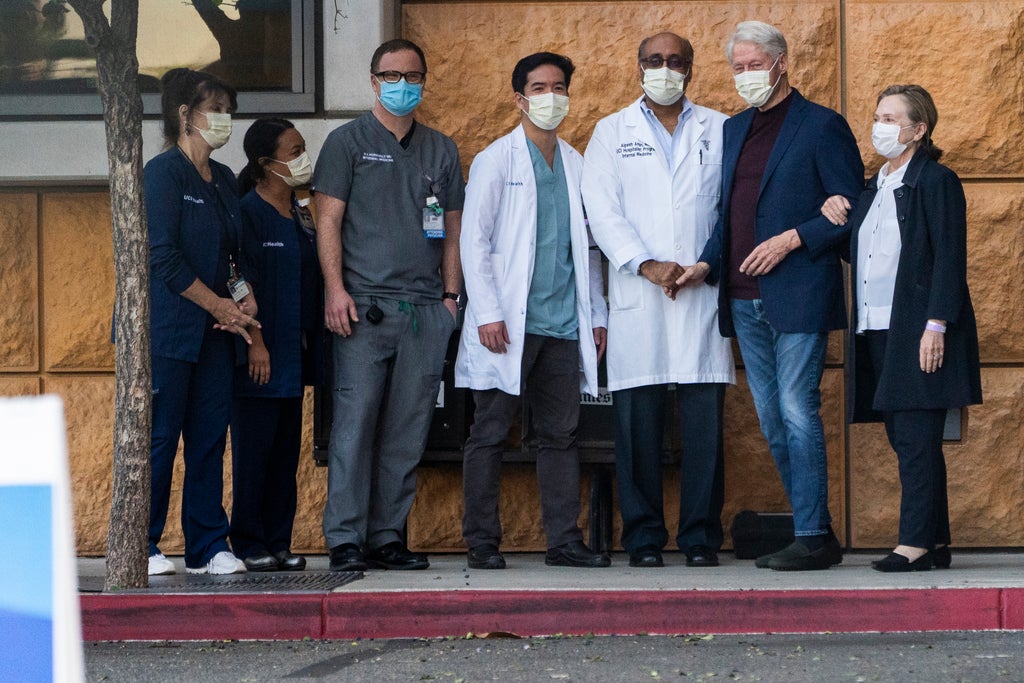 A visibly-frail Bill Clinton shared an update about his recovery on Wednesday and said he will be around “for a lot longer,” after being hospitalised in southern California last week with sepsis.

The former president posted a Twitter video to his official handle on Wednesday, thanking the hospital staff for the support given to him while he was recuperating.

“Hi everyone, I was so touched by the outpouring of support I received during my stay in the hospital. Thanks so much,” said the former president.

“I’d also like to thank the doctors and nurses at UC Irvine Medical Centre for the absolutely wonderful care that they gave me over the last seven days.”

Mr Clinton also said he was going to do his “best to be around”.

“I, for one, am going to do my best to be around, to keep doing the most good I can, for a lot longer,” he said.

Mr Clinton, 75, was admitted to the hospital last Tuesday to the intensive care unit after he complained of fatigue. He had been diagnosed with sepsis, an infection that spreads to the bloodstream.

An aide to the former president told the Associated Press on the condition of anonymity that Mr Clinton had a urological infection that had spread to his bloodstream. The aide said he is on the mend and never went into a septic shock.

Mr Clinton was released from the hospital on Sunday.

“His fever and white blood cell count are normalised and he will return home to New York to finish his course of antibiotics,” said Alpesh Amin, chair of the Department of Medicine and executive director of hospital medicine at University of California Irvine Medical Centre.

“I am really glad to be back home. I’m doing great, enjoying this beautiful fall weather. I’m on the road to recovery,” Mr Clinton said in the video.

The former president also had important advice for those listening to his message: “I want to remind everyone out there: Take the time to listen to your bodies and care for yourselves. We all have work to do and each of us has an important role to play in life and in the immediate future.”