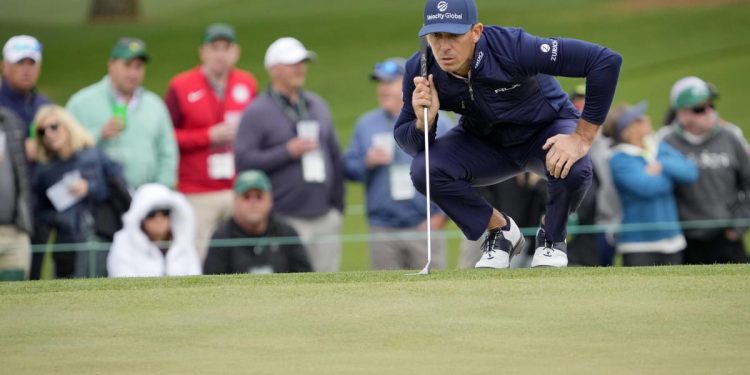 The intensity of the Masters can get to some people, and it certainly got to Billy Horschel on Saturday. After a disappointing shot that dropped into the water on hole 11, the veteran golfer threw his club into the ground in frustration.

Up to that point Horschel was one-over through 10 holes, but from that moment on he shot six-over par, including a double-bogey at 18. On the day, Horschel shot a 79, dropping him to 10-over for the tournament. Only two golfers who made the cut currently have a worse score.

This is not the first time Horschel has let his temper flare at the Masters. Last year, cameras caught Horschel angrily slamming his clubs into his bag.

After the event last year, Horschel apologized for his actions.

“The fire inside me sometimes runs hot when I’m not getting the most out of my game,” he tweeted at the time. “This leads to some instances where my conduct is not what I wish to show, especially as a role model to the younger generation.”