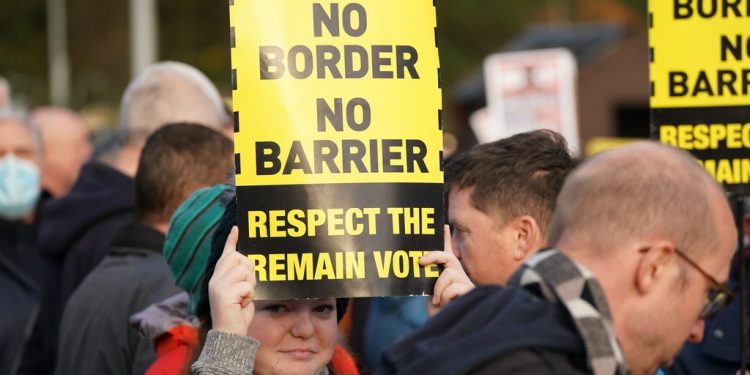 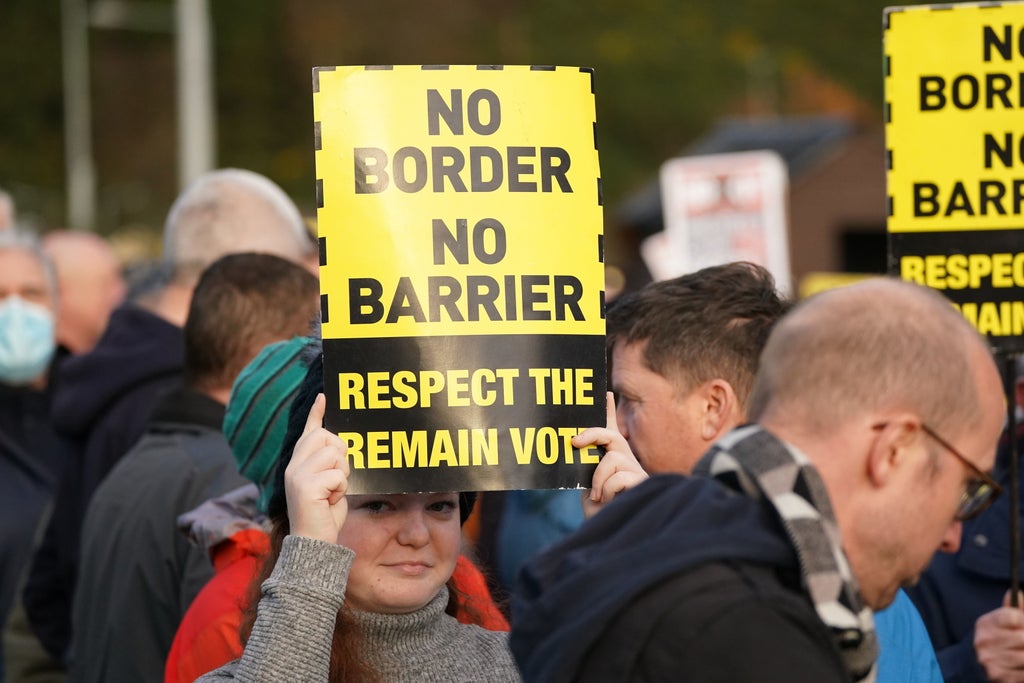 Boris Johnson does not “seem to care” about the peace deal in Northern Ireland and is putting it at risk with his Brexit stance, one of its architects says.

Jonathan Powell, Tony Blair’s chief negotiator, hit out at the prime minister and David Frost – his former Brexit minister, who quit last month – for “sacrificing all the work” to achieve the Good Friday Agreement.

The former top No 10 aide warned Northern Ireland’s devolved government could collapse because of the turmoil, saying: “You have to face up to the fact that Brexit requires someone to get hurt.”

And he told The Guardian: “What worries me is the casual political vandalism. They really don’t seem to care.

“They may matter to Boris Johnson and some supporters [in the government] and the ideological base.

“But is it really worth sacrificing all the work that previous generation of politicians put into the Northern Ireland peace process on ideological altar of the ECJ?”

The criticism comes after Lord Frost made stripping EU judges of the power to oversee the Northern Ireland Protocol a red line in continuing negotiations, although he was then forced to soften that stance.

He and Mr Johnson have also repeatedly threatened to trigger Article 16 of the Protocol, because of Unionist anger over the trade barrier created in the Irish Sea, but have not done so.

Mr Powell also raised the alarm over a future poll on reuniting Ireland which, under the terms of the Good Friday Agreement, will take place if there is clear support for it.

“Imagine if you have a border poll on a united Ireland and 48 per cent for remaining in the United Kingdom, a bit like the Brexit referendum,” he said.

“People don’t want to address that problem. I understand. But it’s the fear of that that’s causing the trouble.”

Mr Powell said he did not expect a return to The Troubles of the pre-Good Friday Agreement era, but warned Brexit created a permanent division in Northern Ireland.

On Sunday, the leader of the Democratic Unionist Party, said the government had to make progress in reworking the Protocol by the end of this month.

“January is going to be an absolutely crucial month,” said Jeffrey Donaldson, insisting Article 16 should be triggered if the deadline is missed.

“If we don’t get rapid and decisive progress, and one side or the other is kicking the can down the road, this will have major implications for the stability of the political institutions in Northern Ireland.”