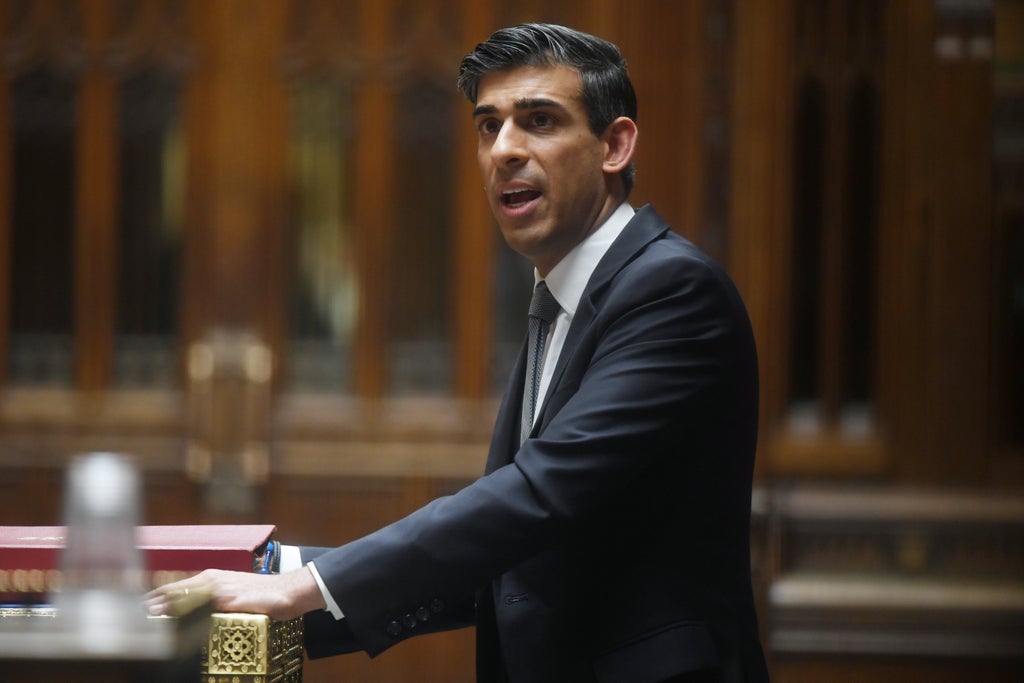 The first fines for officials attending Covid-19 lockdown-breaking parties at Downing Street and the Cabinet Office are set to be issued fines by the Metropolitan Police soon, reports say.

Multiple media reports suggests the fines were about to be issued and sources told The Guardian they were “imminent”. Around 20 fixed penalty notices (FPNs) will be handed out at first, with more expected to follow.

Boris Johnson is not expected to be among those named in the first wave of fines, according to The Times.

The Met Police are investigating 12 events, including as many as six which Mr Johnson is said to have attended.

Patients will suffer due to shortfall in the number of health care professionals, warn NHS leaders

Patients are likely to suffer due to the shortage in the number of NHS doctors and nurses, health leaders warned.

The health service is “flying blind” over future staffing needs, the leading medics said, adding that the lack of planning will mean that waiting times increase and standards of care slip.

A poll of NHS leaders in England found that 98 per cent believe staff shortages will slow down the speed at which the health service can treat the 6.1 million people waiting for hospital care.

About 97 per cent of respondents believe that the current workforce shortage will have a “serious and detrimental” impact on services.

The status was given to people who were resident in the UK before the end of free movement in December 2020, but who could not produce evidence that they had been in the country for more than five years by that point.

People who do not reapply in time will lose their right to live, work, access housing and claim benefits – and they could be removed by the Home Office.

The researchers say many people are likely to be unaware of their situation and that the design of the scheme presents challenges for stopping people falling under the radar.

Tory MP Imran Ahmad Khan is due to go on trial after being accused of groping a 15-year-old boy. Mr Khan, 48, who represents Wakefield in West Yorkshire, denied sexually assaulting the then-teenager in Staffordshire in January 2008.

The politician, now suspended by the Conservative Party, will stand trial at Southwark Crown Court from Tuesday.

The case is expected to last around two weeks and would be heard by High Court judge Justice Baker.

Vladimir Putin is “not serious” about peace talks as the Russian president continues to “wantonly” bomb Ukrainian citizens, Liz Truss has told MPs.

With the Kremlin’s brutal invasion now in its 33rd day, the foreign secretary also suggested sanctions imposed by the UK and western allies were “pushing back” the Russian economy by years.

“We know that Putin is not serious about talks, he is still wantonly bombing innocent citizens across Ukraine and that is why we need to do more to ensure that he loses and we force him to think again,” said Ms Truss.

“We need to ensure that any future talks don’t end up selling Ukraine out or repeating the mistakes of the past.”

More than 1,000 Russian mercenaries ‘to be deployed to eastern Ukraine’

In an intelligence update on Twitter, the Ministry of Defence (MoD) said Russia is “expected to deploy more than 1,000 mercenaries, including senior leaders” of the Russian Private Military Company, the Wagner Group, “to undertake combat operations.”

“Due to heavy losses and a largely stalled invasion, Russia has high likely been forced to reprioritise Wagner personnel for Ukraine at the expense of operation in Africa and Syria,” said the MoD.

The Wagner Group, described as Mr Putin’s private army, was among the latest tranche of entities sanctioned by the UK government over the Russian invasion last week.

The reports of suspected poisoning of Chelsea FC owner Roman Abramovich during attempts to aid peace talks in Ukraine are “very concerning”, the Foreign, Commonwealth and Development Office (FCDO) has said.

It added that UK will “continue to assist” the war-torn country through implementation of tough sanction on Russian president Vladimir Putin as well as by providing military and humanitarian support to Ukraine to put it “in the strongest possible negotiating position.”

The suspected poisoning of the billionaire was not intended to kill him, said Christo Grozev, lead Russia investigator for Bellingcat. He told Times Radio the “most plausible” explanation for the alleged poisoning was that it was a warning to Mr Abramovich.

“The dosage was not high enough to kill any of the three, the most likely target would have been Abramovich. And it kind of makes sense. I mean, he volunteered to play… this role of (an) honest broker, but other oligarchs had… declared certain independence from the Kremlin position and criticise(d) the war,” the journalist said.

“So it could well be seen as a warning sign to them to not join the ranks of those who dissent, and to not be too much of an honest broker.”

‘We are not giving a running commentary,’ says Met Police

The Metropolitan Police has declined to comment on reports that it intends to issue an initial tranche of fines over the lockdown-breaching parties at Downing Street.

That earlier statement revealed detectives had started to interview people as witnesses, and said: “As yet, we have not made any referrals to the ACRO Criminal Records Office for the issuing of fixed penalty notices.”

The force added: “However, every questionnaire response is being assessed alongside all available evidence, and should this reach the evidential threshold, then referrals will be made.”

The Metropolitan police is set to issue the first set of fines to government officials as part of its investigation into multiple allegations of lockdown-busting parties in No 10, according to reports.

A first tranche of fixed penalty notices for the most straightforward of cases will be issued “imminently” as part of the force’s investigation into 12 separate events held in No 10 during strict Covid restrictions, according to reports by The Guardian and the BBC.

The department is investigating 12 events, of which Boris Johnson is believed to have attended six. The prime minister, however, would not be among those to be fined, reported The Times.

Read the details in this report by Ashley Cowburn.

The status was given to people who were resident in the UK before the end of free movement in December 2020, but who could not produce evidence that they had been in the country for more than five years by that point., writes Jon Stone.

ICYMI: Russians should decide who governs them, says Education Secretary

Russians should decide who governs them, says Education Secretary