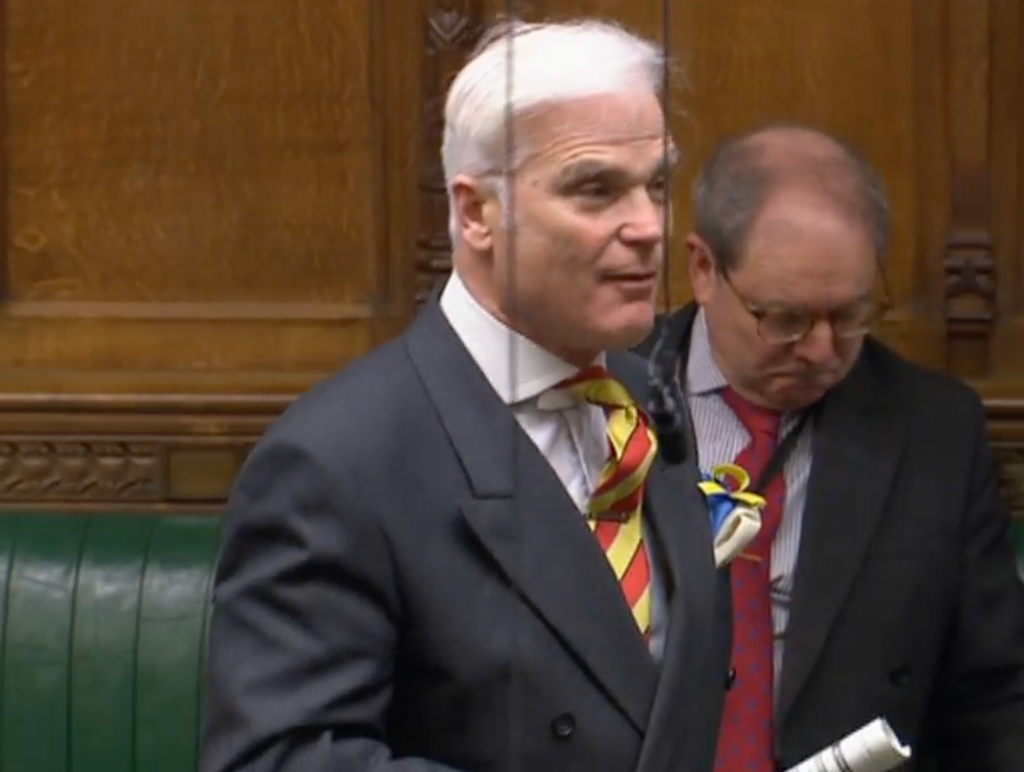 A Conservative MP who campaigned for Brexit has said it is “monstrous” that British businesses now have to fill in forms to trade with Europe.

Desmond Swayne, a supporter of the Leave Means Leave group, was mocked for complaining about new bureaucracy a hard Brexit had created.

UK businesses wanting to trade on the continent now have to deal with significant extra paperwork since Britain left the European Union, its single market, and its customs union.

Speaking in the Commons during a discussion about trade, Sir Desmond said: “UK aid promoted trade in Africa by making borders seamless through digitising all the administrative processes.

“Is that on our agenda for trade with the EU at all? It’s monstrous that we’re filling in forms.”

The government’s border strategy will however not remove customs and veterinary checks on goods, which are required by the UK’s new status.

Naomi Smith, CEO of internationalist campaign group Best for Britain said: “Brexit has created mountains of paperwork and costly red tape for businesses and for anyone to claim otherwise is betraying either their own duplicity or ignorance.

“We had frictionless trade within the EU but now that Brexit has happened, the government must work to reduce barriers to trade they have created or we will continue to see jobs and businesses move overseas.”

New trade figures released by the Office for National Statistics on Wednesday which show UK exports to EU countries shrunk by a record £20bn in just 20 months.

UK to EU exports fell 12 per cent between January and December of last year, compared to the previous year – with supply chain disruption, new trade barriers and additional red tape caused by Brexit cited as the main reasons.

Sales to the EU dropped more sharply in 2021 than exports to any other country in the world, according to the data.

Non-EU exports were also down by 6 per cent – suggesting the rest of the world is not stepping in to fill the gap.

Brexit opportunities minister Jacob Rees-Mogg has however dismissed the figures and said evidence Brexit had hit trade was “few and far between”.