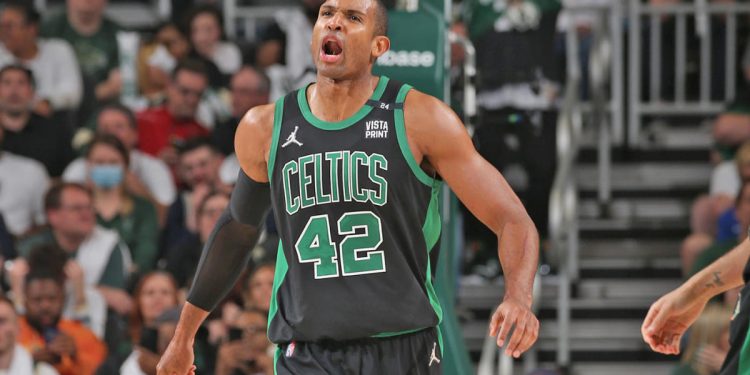 The Boston Celtics lost Game 1 of the Eastern Conference finals to the Miami Heat in large part because they were without two key starters: Marcus Smart and Al Horford. They’ll be getting both of those guys back for Game 2 on Thursday night, as Horford and Smart are available to play, Ime Udoka announced prior to the opening tip.

Horford had been in the league’s health and safety protocols but registered multiple negative tests over the last 24 hours while Smart had been nursing a sprained foot but did enough prior to the game for the team’s medical staff to feel comfortable clearing him to play.

While the Celtics will benefit from getting Horford and Smart back in the lineup, they will be without guard Derrick White for Game 2, as he is away from the team to be there as his wife gives birth to their child.

Smart is super important to the Celtics, as he is the glue that helps keep Boston’s defense together, and though he doesn’t put up monster numbers on offense, his passing is a critical component of their attack on that end of the floor. He helps keep the ball moving if Boston gets too stagnant, and does a great job of putting his teammates in a position to get a good look. His 39.4 percent mark from 3-point range was also an additional weapon the Celtics used against the Bucks.

In Game 6 against Milwaukee, Smart put up 21 points, seven rebounds and five assists, while being a pest defensively to help extend the series for the Celtics. He followed that up with an 11-point, 10-assist, seven-rebound performance in Game 7, and finished the game a plus-18.

Game 2 will be crucial for Boston, as they don’t want to fall behind 0-2 in the series, so getting these two key pieces back should only help the Celtics’ cause.