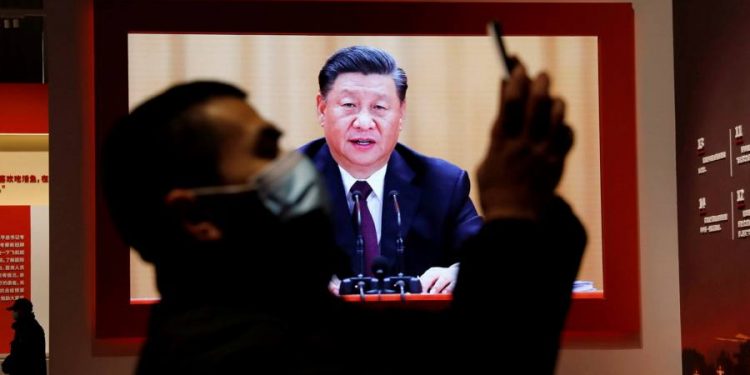 
China has launched a month-long campaign to clean up online content during next week’s lunar new year festival, in its latest effort to reshape behaviour on the internet.

The campaign will apply the tradition of cleaning house before the new year, the most important holiday in China, to the internet, envisioning a “purification” of the online world.

The edict is the latest step in Beijing’s clampdown on the entertainment industry as authorities purge content deemed immoral, unpatriotic and non-mainstream from online culture.

President Xi Jinping has unleashed a broader effort to reshape Chinese social mores and culture, diminishing materialism and western influence in favour of a more nationalistic and homegrown approach.

Xi’s government has launched a “common prosperity” drive to push for greater wealth distribution, which has prompted a surge of charitable giving by technology sector tycoons, as well as stepping up tax probes and penalties against wealthy individuals.

Officials have even mandated that television shows and movies include celebrities’ nationalities in the credits to name and shame those who have given up Chinese citizenship.

Censors have also escalated their culling of content deemed to be misaligned with the Communist party’s priorities.

Targets have included effeminate young men, a Chinese actor who visited Tokyo’s contentious Yasukuni shrine, where the remains of Japanese soldiers are interred, and an actress who attracted scandal in part for using a surrogate to have a baby born in the US.

Many celebrities have found themselves blacklisted from television and online media, and China’s cyber space regulator is eager to keep disgraced public figures from returning to the limelight.

China needs to “strictly prevent lawbreaking and immoral stars and artists from making use of evening broadcasts or live streaming to stage comebacks” during the holiday period, the regulator warned in a post on WeChat that announced the campaign.

The CAC warned that minors vying to become online influencers must be prevented from doing so, reminding censors that the aspiring stars were not allowed to appear in live streams with “their voices nor their flesh”.

Xi’s ideology campaign has been wide ranging, drawing in the Communist party’s anti-graft watchdog as well as numerous state organisations.