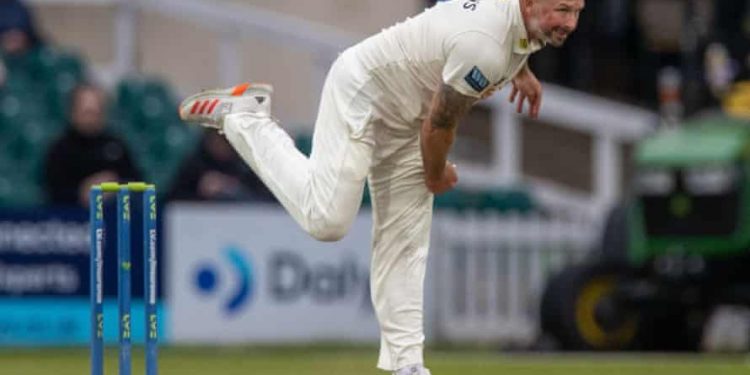 It was something of a shock when Essex failed to win the Championship last year after lifting the trophy in 2017 and 2019 and the “Bob” in 2020. The die was set in late April when one-man wicket-muncher Simon Harmer went wicketless in the second innings at Edgbaston against Warwickshire (the eventual Champions), Essex’s first first-class defeat in 22 games. Harmer’s availability, now he’s returned to South Africa’s embrace, will be crucial, this year, as will the form of Alastair Cook, who has signed a two-year deal. Off the field, fallout from a bad-tempered winter rumbles on.
Prediction Fourth (of 10)

Promotion – at last! Gloucestershire have waited three years to take up their first division berth earned in the autumn of 2o19, but kept performances up. A squad of batting bubbling with promise – Tom Lace, Chris Dent, and the unlucky James Bracey, spat out by the England machine last season – is backed up by the arrival of Marcus Harris. Off the field, the club continues to work tirelessly on its environmental status, pledging to meet net zero by 2040.
Prediction Eighth

Hampshire came within a snort of the Championship title in a thrilling game against Lancashire at the end of last season that they lost by one wicket. Captain James Vince was head and shoulders above the rest in that game, much as he had been all season. That somewhat fallible batting has been bolstered by the arrival of Ben Brown from Sussex and Nick Gubbins from Middlesex, while the bowling – Mohammad Abbas, Kyle Abbott, Keith Barker, Brad Wheal, Mason Crane and Liam Dawson – looks after itself, especially in April.
Prediction Third

Bouncy Sam Billings, a breath of fresh air after his long drive to England’s final Ashes Test in Australia, will need all his enthusiasm leading Kent. They didn’t win a game in 10 group matches last year, only finding their feet once hitting the bottom. Kent’s bowling resources though, will include Jackson Bird and later Matt Henry, plus Darren Stevens, the doyen of county cricket, still going strong in his mid-40s. Stevens, he of Australian WhatsApp group fame, made 650 first-class runs and took 39 wickets last year, and he’s hungry for more.
Prediction Ninth

The prospect of facing Hasan Ali and Jimmy Anderson with the new ball on an overcast Old Trafford morning will be enough to turn many batters green about the gills. Anderson, who took seven for 19 against Kent last year, while snapping up his thousandth first-class wicket, loves playing for Lancashire – the question is whether England will want him back. Alex Davies left for Birmingham in the off season, while Phil Salt makes the trip north and should slot into that vacant position in the top order. England may knock for Saqib Mahmood, Matt Parkinson and street-fighting batsman Josh Bohannon.
Prediction Winners

A tricky season lies ahead for Northants, who were promoted alongside Gloucestershire at the back end of 2019. Gloriously old-fashioned in outlook, they have the potential to pull off rabbit in the hat victories, but have lacked the tenacity to grind out match-winning Championship centuries – the twinkle-toed Ricardo Vasconcelos apart. A potential breakthrough season for all-rounder James Sales – son of David – who made his debut towards the end of last season, and played in England’s Under-19 World Cup final loss, while Northants expect typical reliability from seamer Ben Sanderson.
Prediction Tenth

After being nearly men for so long, Somerset’s red-ball season collapsed like a popped balloon in the autumn. The batting lineup, fragile as a shelf of china dolls, has been boosted by the arrival of Australian Matt Renshaw, who averaged 50 during his last spell with the club. Abell hopes Renshaw can nurture young blade Tom Lammonby and old hand James Hildreth. The bowling, a more comforting sight all round, is boosted by the arrival of Peter Siddle.
Prediction Sixth

The gulf between Surrey’s resources and their recent red-ball performances is one of the biggest mysteries in county cricket. It has been an off season of upheaval at The Oval, both in the boardroom and on the pitch, with a new interim coach in Gareth Batty, while the club said goodbye to three stalwarts in Rikki Clarke, Jade Dernbach and Liam Plunkett. Incoming are Chris Jordan, back to his old haunt, while Hashim Amla and Kemar Roach add familiar overseas pizazz. The biggest worry for Surrey fans may be whether Alec Stewart applies for the England men’s MD job.
Prediction Fifth

Last year’s double title winners – Championship and Bob Willis Trophy – find themselves in the unexpected position of looking down at the rest. It was a true team performance that did it, with no batters averaging 40, and no bowlers taking 50 wickets, a squad exceptionally well led by Will Rhodes and overseen by the experienced eye of the director of cricket, Paul Farbrace. Down from Lancashire, Alex Davies adds some fizz, while young batsman Robert Yates impressed enough last season for commentators to be predicting him an Ashes berth.
Prediction Second

A possible points deduction hanging over their heads, Yorkshire start the season hoping to cling on for dear life after a nightmarish winter precipitated by Azeem Rafiq’s devastating evidence before the DCMS select committee. The EGM at the end of last month cleared the way for structural change at the club and lifted the ECB’s ban on international matches at Headingley, while Ottis Gibson and Darren Gough, the interim managing director, are bullish about wanting to put Yorkshire on the front and back pages for the right reasons. Fast bowler Haris Rauf should prove a spicy prospect on Headingley pitches that Gough hopes will be cooked just right.
Prediction Seventh

The club hope to turn around a miserable 2021 with the help of legendary homeworkgate coach Mickey Arthur, an international coach with Australia, South Africa, Pakistan, Sri Lanka and Bangladesh. He has brought in stardust, with opener Shan Masood, who made a disciplined 156 against England on a dry pitch in 2020, and Suranga Lakmal, the Sri Lankan seamer, and is hopeful that their somewhat grizzled experience will sit well with the younger players. The batting looks particularly weak with the departures of Harvey Hosein (to retirement) and Matt Critchley (to Essex).
Prediction Sixth (of eight)

A plucky 2021 campaign gives the club something to build on, with South African Keegan Petersen joining David Bedingham (one of only five players to make 1,000 Championship runs last season) and new England cap Alex Lees to provide some ballast at the top of the order. Bowling has always been Durham’s favourite suit and Mark Wood (when fit) is the sprinkling on the cake of Ben Raine, Chris Rushworth and Brydon Carse (recovering from an injury on the Lions’ tour but expected to be back for the start of May).
Prediction Second

Marnus Labuschagne and Glamorgan are, on paper, an unusual fit: one, the No 1-ranked Test batsman in the world, the other, a sometime-struggling county club. But, somehow, they are a perfect combination. Labuschagne will be joined by fellow Ashes player Michael Neser. The batting has been further bolstered by the addition of nearly-man Sam Northeast from Hampshire and Somerset’s Eddie Byrom, plus the talented Kiran Carlson who made three Championship centuries last year plus a sparkling 88 in front of the Sky cameras against Yorkshire.
Prediction Third

The club most often mentioned in dispatches when people grumble about the 18-team Championship, also had a stressful winter with the departure of chair Mehmooda Duke, the only female and one of two people of colour in the role. The club have a new director of cricket in Claude Henderson, who quickly signed his compatriot Beuran Hendricks, a left-arm swing bowler, while only Simon Harmer picked up more wickets in the Championship bowling spin than Callum Parkinson, Matt’s twin.
Prediction Seventh

Stuart Law’s disappointing period in charge came to an end when Middlesex found themselves in Division Three for the back end of the season. His replacement is Richard Johnson, an old hand at Lord’s, who made the star signing of the Championship in Shaheen Shah Afridi to back up an already solid pace attack. It is the batting that has caused the most raised eyebrows over the last few years, and Handscomb will be hoping for more luck himself after a painful 2021, though Mark Stoneman made a successful hop across the Thames mid-season last year.
Prediction Fourth

Having at last found their red-ball form in 2021 after nearly two years without a win, it was a cruel blow for Nottinghamshire to find themselves back in Division Two. Few doubt they will come storming back, with a formidable pace attack to terrify some of the second division’ batting lineups. Overseas signings Dane Paterson and James Pattinson line up alongside Luke Fletcher and Stuart Broad, who has a point to prove. The batting lineup also has fizz, with Haseeb Hameed back from a disappointing Ashes and Joe Clarke, said to be in bubbling in England’s sights.
Prediction First

A summer of disappointment followed by a winter of discontent, things can only get better at Hove. Sussex managed to pick up just one red-ball win in 2021, but their hotch-potch of youthful talent including Dan Ibrahim, who – at 16 – became the youngest player to make 50 in Championship history against Yorkshire, bubble with promise. Salisbury also made a shrewd signing in Steven Finn, and one of the most thrilling overseas acquisitions with Mohammad Rizwan.
Prediction Fifth

Jake Libby, who had a sparkling season with the bat last year, gets some support (at last) from new overseas player Azhar Ali, fresh from 185 against Australia at Rawalpindi. New captain Brett D’Oliverira doesn’t have an overflowing pot of resources, and, for the first time in over 18 years, Worcestershire have to march into battle without the familiar figure of Daryl Mitchell. He’ll be hoping for big returns from promising all-rounder Ed Barnard and seamer Josh Tongue.
Prediction Eighth