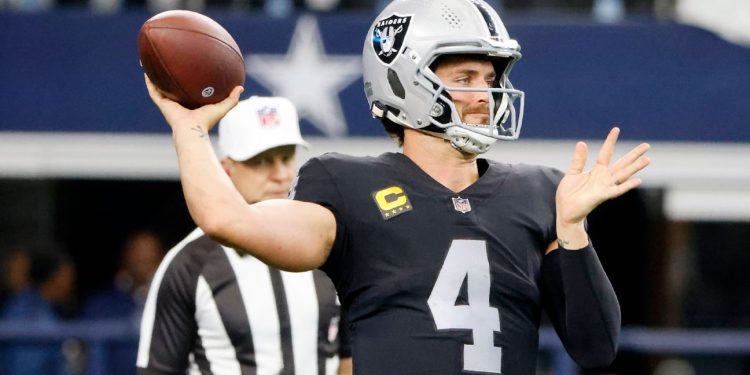 The deal includes a no-trade clause, the source told Fowler, and keeps Carr under contract through the 2025 season.

Carr is coming off a season with a career-best 4,804 passing yards and had 23 touchdowns, a career-worst 14 interceptions and 40 sacks, the second-highest total of his eight-year career. The Raiders went 10-7 and played in the postseason for the second time since 2002 despite a turbulent season marked by the resignation of coach Jon Gruden, the arrest of receiver Henry Ruggs III and the release of cornerback Damon Arnette.

Las Vegas lost in the wild-card round at the eventual AFC champion Cincinnati Bengals, 26-19, as Carr threw a fourth-and-goal interception in front of the goal line with 12 seconds remaining.

“Derek’s fit on the team as a player is obviously what we’re looking for and what we want to try to build around,” McDaniels said. “Our relationship continues to grow personally. We won’t be able to do anything on the field here for a little bit, but that’ll be a process. I think ultimately, you try to do what’s best for the team, and I think both sides got to do what’s best for them.”

It has been a busy offseason for the Raiders as Carr will reunite with former college teammate Davante Adams, acquired in a March trade with the Green Bay Packers that saw Las Vegas send its first- and second-round picks in this year’s draft to Green Bay and sign the star receiver to a five-year, $141.25 million deal.

Carr is the longest-tenured quarterback in the AFC West, which also features 2018 NFL MVP Patrick Mahomes with the Kansas City Chiefs, third-year rising star Justin Herbert with the Los Angeles Chargers and Super Bowl XLVIII MVP Russell Wilson with the Denver Broncos after they picked him up in a trade with the Seattle Seahawks.