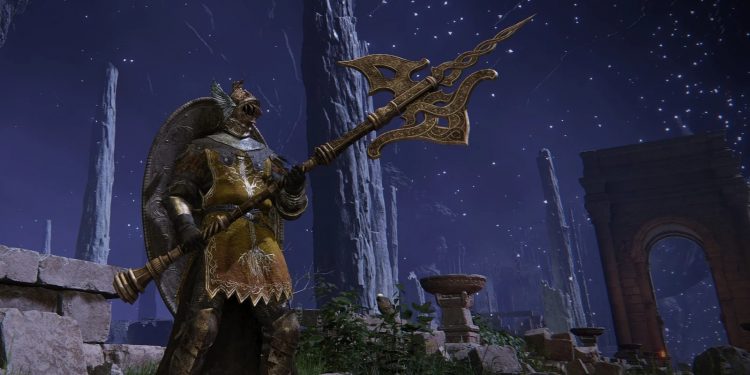 Many Ashes of War deliver sheer damage thanks to a huge windup that leaves users vulnerable. However, Bloody Helice is a notable exception. Update 1.03 has transformed this weapon into a must-own item for players who want to dance around opponents.

Bloody Helice always sported decent speed, but now it has damage output to match. Each attack hits like a truck, but the Bloody Helice’s ace in the hole is its Ash of War, Dynast’s Finesse. This skill opens with a lengthy back step that provides iframes and follows up with a strong lunge. Plus, players can combo that attack into a powerful slash. If activated right before an enemy attack, Dynast’s Finesse lets users harmlessly glide away and counter with a devastating pierce. And yes, each hit with Bloody Helice deals bleed damage.

Since Bloody Helice is a primarily thrusting tool with a defensive Ash of War, the weapon takes a bit more skill to use than others on this list. A poorly-timed Dynast’s Finesse will miss (or worse, send players off a cliff), but with some practice, Bloody Helice is a dextrous player’s best friend.

Daggers are a risky proposition in Elden Ring. On one hand, they are the fastest weapons in the game, but on the other hand, they have the least range. Reduvia dares to be different, and that challenge pays off in Update 1.03.

Reduvia is the only dagger in Elden Ring that scales with Arcane, so prior to the patch, it had questionable damage. Now, the weapon is as deadly as it looks. Since Reduvia deals bleed damage, players can quickly build up the debuff thanks to the weapon’s speed. Moreover, Reduvia overcomes the dagger’s inherent range shortcoming with its Ash of War, Reduvia Blood Blade. True to its name, this skill fires a projectile of weaponized blood that gives Reduvia a projectile attack. At only 6 FP per use, this Ash of War can be spammed like a machine gun, and each hit builds up bleed damage.

Since New Game+ resets items, players who pick up Reduvia in one playthrough can collect another and then power stance them for double the damage and bleed buildup. Thanks to Update 1.03, that strategy is as overpowered as it sounds.