Elden Ring – here are the minimum and recommended PC specs 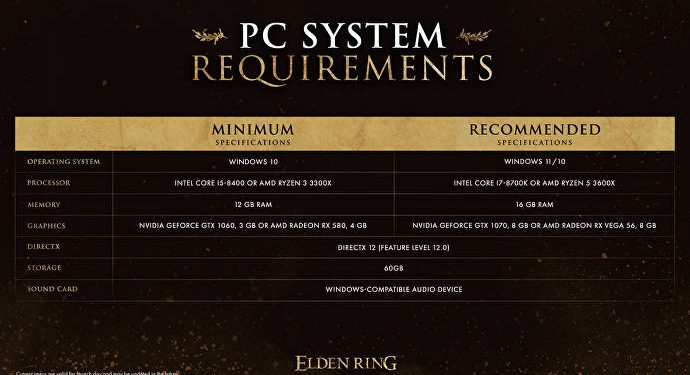 
FromSoftware has released information on the minimum and recommended specs your PC needs in order to run Elden Ring.

On PC, Elden Ring will support resolutions up to full 4K (3840x2160p), and framerates up to 60fps. You can also expect HDR and ray tracing support.

Out next week on Febraury 25, VG247’s Alex Donaldson reckons the game has what it takes “to be one of the very best games of all time,” provided it can “stick the landing.” You can give his Elden Ring preview a read through the link.

Is Now the Best Time to Ramp Up Your Startup’s Marketing Budget?

Is Now the Best Time to Ramp Up Your Startup's Marketing Budget?