Millions of people will be plunged into “unmanageable” debt this winter unless the government comes up with more support for those struggling to pay their energy bills, MPs have warned.

In a report focusing on how to ease punishing energy costs now, while guarding against future crises, the business and energy select committee said:

The committee said a £15bn package of support for bill payers, announced in May, had already been rendered obsolete by soaring energy prices, a driving force behind a 40-year-high 9.4% inflation rate that has been eroding household finances.

The then chancellor, Rishi Sunak, who now is vying with Liz Truss to be the next prime minister, announced the measures at a time when average dual-fuel tariffs were predicted to rise to £2,800.

They are now forecast to reach £3,244 when the next price cap takes effect in October. That means that bills will have risen by nearly £2,000 within a year, compared with the £1,200 that Sunak’s measures will make available to only the most vulnerable households.

The committee said the lack of any further support, amid the broader cost of living crisis, would lead to an “unacceptable rise in fuel poverty and hardship this winter”.

“Once again, the energy crisis is racing ahead of the government,” its chair, Labour MP Darren Jones, said. “We were told by a number of witnesses, ‘If you think things are bad now, you’ve not seen anything yet.’

“This winter is going to be extremely difficult for family finances and it’s therefore critical that public funds are better targeted to those who need it the most.”

In its 90-page report, the committee called for the price cap to be replaced with a “relative tariff” for all bill payers that would limit the difference between a suppliers’ cheapest and dearest tariffs.

The most vulnerable and low-income households would pay a “social tariff”, with discounted bills funded either by wealthier bill-payers, or through taxation.

In a submission that helped inform the report, the Scottish Power chief executive, Keith Anderson, suggested the cost of this should be borne by those who could afford to pay.

The MPs also called for a scheme to help households pay off debts over a longer period and also lashed out at the “injustice” of vulnerable people being moved to more expensive prepayment meters.

The report also reserved criticism for ministers and the “negligent” energy regulator Ofgem, after the soaring wholesale gas prices over the past 18 months exposed weaknesses in the UK market.

Dozens of mostly small energy suppliers, many ushered into the market by Ofgem’s attempts to increase competition, have fallen like dominos after failing to hedge against soaring wholesale gas and electricity costs that have also been exacerbated by Russia’s invasion of Ukraine.

The cost of the collapse of suppliers is expected to add another £94 to annual energy bills and could increase if the government cannot recoup funds from the sale of Bulb, the largest supplier to fail so far.

“It failed to supervise regulated companies, which in turn took high-risk decisions including not hedging properly and using customers’ money to offer unsustainable prices that undercut well-run energy companies.”

The committee acknowledged that Ofgem was moving forward with a plan to reform its regulatory system but said MPs were sceptical about the regulator’s ability to do this and also urged it to reconsider a plan to ask suppliers to “ringfence” customer credit balances. Suppliers such as Octopus Energy have warned this proposal could push bills even higher.

A spokesperson for Ofgem said: “While the unprecedented rise in global gas prices would have resulted in market exits under almost any regulatory system, we have been clear and transparent about the fact that suppliers and Ofgem’s previous financial resilience regime were not robust enough.

“No regulator can, or should, guarantee companies will not fail in a competitive market but we are working hard to reform the entire market, as well as closely scrutinising and holding individual energy suppliers to account, to further strengthen the regulatory regime.”

The report also called for longer-term solutions to protect the UK against future gas price shocks. The MPs urged the government to launch a national programme to insulate houses “street by street”, to limit demand for gas to heat homes.

They told the government to “stop announcing short-term policies and moving existing budgets around and instead fully fund a national retrofit programme that businesses, homeowners, and tenants” could invest and take part in. 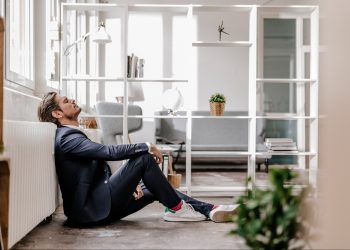 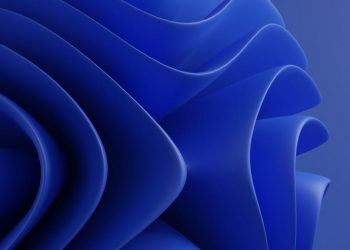