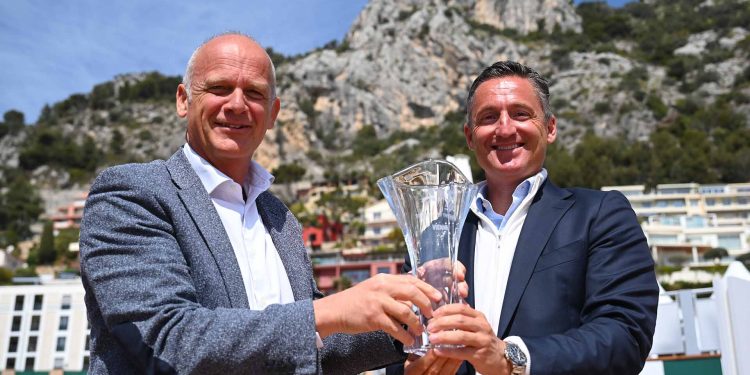 
Vienna was a first-time winner for the ATP 500 category

ATP Chairman Andrea Gaudenzi presented Erste Bank Open Tournament Director Herwig Straka on Wednesday with a trophy to recognise the Vienna event being named the ATP 500 Tournament of the Year in the 2021 ATP Awards.

“We are very pleased that the Erste Bank Open were voted the ATP 500 tournament of the year for the first time in our long history,” Straka said last year. “We take this as an award for the entire team, which prepares and implements the event with great motivation every year. We consistently try to improve and innovate the Erste Bank Open, like this year’s launch of the ‘Tennis 2 Go’ project, to offer both players and fans world-class tennis and entertainment at the highest level.”

It was the first time the Erste Bank Open was named the ATP 500 Tournament of the year. The event, which was first held in 1974, attracted nearly 60,000 fans last year despite the impact of the Covid-19 pandemic. The fans flocked to both the Stadthalle and “Tennis 2 Go”, a new second-match location in the city centre at the Wiener Eislaufverein.

The BNP Paribas Open in Indian Wells (ATP Masters 1000) and the Qatar ExxonMobil Open in Doha (ATP 250) were named as Tournament of the Year in their respective categories last year.