European Movement ‘on battle stations for the next election’ 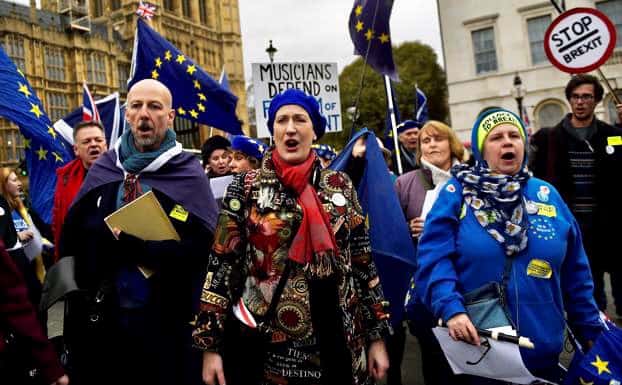 Rejoiners are on battle stations to launch a major recruitment push ahead of the next general election.

A pro-EU all-party pressure group has addedScientists for EU founder Dr Mike Galsworthy and social media influencer and inspire me founder Jack Dart to its books as indications show the tide is turning on Brexit.

The latest polling shows there has been a four-point surge in support for reversing the 2016 referendum, with 53 per cent backing membership in a survey bySavanta ComRes.

Significantly, one in ten Leave voters now want to rejoin the bloc, as do one in five Conservative supporters, the poll found – while 40 per cent of adults back a fresh referendum within the next five years.

With the next election at least three years away, there is still plenty of time for the dial to shift further.

As such, The European Movement has said that it “is on battle stations” and has recruited more staff than ever before.

Speaking to The London Economic, Galsworthy said: “As Brexit has been busy falling flat and failing to find any opportunities, the European Movement has been quietly building up its membership of those that want to see Britain reclaim its place in Europe.

“The really exciting opportunities lie in doing just that, so EM is now building a top team and everyone should be joining the membership as this is the organisation that has the base and capacity to do it.”

Related: Labour line up candidate to take on Corbyn in Islington North