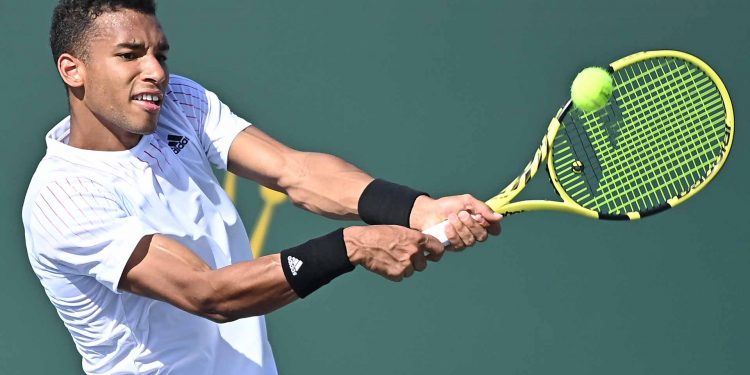 
Felix Auger-Aliassime’s clay-court season is off to a quick start.

The top seed defeated Moroccan wild card Elliot Benchetrit 6-3, 6-3 on Tuesday to reach the second round of the Grand Prix Hassan II on his tournament debut. The Canadian saved all six break points he faced to triumph after one hour and 24 minutes.

Next up for the World No. 9, who also received a wild card, will be Slovakian lefty Alex Molcan, who eliminated Italian Stefano Travaglia 6-0, 6-4. This is Auger-Aliassime’s first time competing in the ATP 250, but Marrakech is a familiar place.

“I love this country. Of course I think everybody knows now that I have my girlfriend and some family that’s from here,” Auger-Aliassime said ahead of his opening match. “Of course to play also on the African continent, it’s the only tournament we have on the Tour that’s played here on this continent, so that’s special for me.

“It’s awesome to be here, honestly. I’m loving every minute to play in this mythical place.”

Three-time Marrakech champion Pablo Andujar ousted second seed Daniel Evans 6-4, 6-2 after one hour and 39 minutes. The Spaniard won 52 per cent of his return points as he began his pursuit of a fourth trophy at this event. Argentine Federico Coria upset seventh seed Alejandro Davidovich Fokina 7-5, 3-6, 6-4.

#NextGenATP Italian Lorenzo Musetti also advanced with a 7-6(5), 6-1 victory against fourth seed Albert Ramos-Vinolas. The 20-year-old, who is pursuing his first ATP Tour title this week, broke serve five times to move on after one hour and 41 minutes. Musetti will face another Spaniard, Carlos Taberner, for a spot in the quarter-finals. Taberner led Yannick Hanfmann 6-2, 1-0 when the German retired.