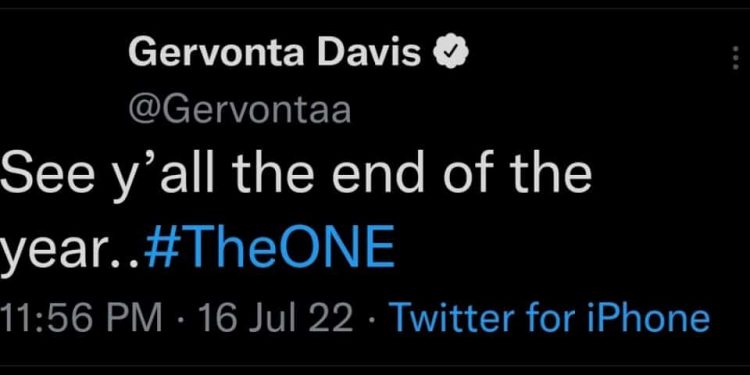 
Just three months after a clear, if not all that dominant, unanimous decision over Emmanuelle Tagoe, lightweight phenom Ryan Garcia (23-0, 19 KOs) got back on track with a 6th round TKO over the former Dominican featherweight and super featherweight champion Javier Fortuna (37-4-1, 26 KOs). The bout was fought at a catchweight of 140 because Fortuna couldn’t make 135 due to having only seven weeks to prepare. The short camp and fitness issues were on display for Fortuna in the ring, who rehydrated up to a jiggly 157. Fortuna talked a lot before the fight, but he didn’t put up much of a fight during the fight, as Garcia’s hand speed controlled the bout from the beginning.

Fortuna was hurt by a straight right in the 2nd but made it out of the round without looking too much the worse for wear. Things soon got worse for Fortuna, though, as Garcia knocked the southpaw down with a left hook to the rib cage in the 4th, which made Fortuna give up his “O face.”  After that, Garcia’s left hook couldn’t miss. Fortuna went down again in the 5th from a left to the jaw and then again in the 6th from almost the exact same punch that knocked him down in the previous round. When Fortuna went down in the 6th, he spat out his mouthpiece and made it clear he wanted no more, and the fight was stopped 27 seconds into the round.

In Garcia’s last two fights, he showed some genuine vulnerability. Luke Campbell knocked him down in the second (although, to be fair to Garcia, he picked himself up and TKO’d Campbell in the 7th), and then after a 15-month layoff filled with injuries and reports of mental health struggles, the flashy young American looked unremarkable in defeating Tagoe last April.

In the post-fight interview, Garcia declared he would not go back down to 135, but he still wants Gervonta “Tank” Davis. Ryan Garcia vs. Gervonta “Tank” Davis needs to happen next. Neither of them has anything left to prove against the lesser lights of the division (Fortuna looked out of shape and dusted).

Minutes after the Ryan Garcia victory, Gervonta Davis tweets this out. Let’s hope its the Ryan fight.

While it’s perfectly understandable that Garcia would want a couple of tune-ups before taking on the best in the division, that has happened now. Garcia vs. Davis might be the biggest fight that can be made in boxing. The crowd and the cash will be there. The lightweight class is stacked. It’s time for us to start finding out who’s at the head of that class. In the penultimate fight of the evening, Mexican American welterweight contender Alexis Rocha (20-1, 13 KOs) defeated Argentinian journeyman Luis Alberto Veron (19-5-2, 9 KOs) by a unanimous (100-90, 100-90, 99-91) 10-round decision. It took Rocha a few rounds to find Veron, who is crafty and always moving his feet. Rocha picked up the pace in the 5th, bouncing Verona all around the ring, and coming close to scoring a knockdown when Veron’s knee nearly touched the canvas. Veron made the fight a bit of a snoozer by never really trying to win. You can see why Veron has never been stopped.

Besides being overly careful when engaging (which didn’t happen all that often), Veron moves well in the ring, and his defense is solid and always comes first. Rocha looked about as good as he could against a guy that can only be described as an “opponent,” but the performance still had to feel like a disappointment to the fans who came to see him and probably for Rocha himself. Rocha’s team tried to make a fight against a more credible opponent, but according to Rocha, everyone ducked him except for Veron, who took the fight on three weeks’ notice and has never won a single fight outside of his native country. Rocha suffered his only loss to the still undefeated Rashidi Ellis at the end of October 2020. Since then, Rocha has now won four fights in a row. The question that was asked at ringside is whether Rocha will have to jump to a title bout just to find someone of stature who is willing to fight him. There’s more than a little risk involved if Rocha jumps up to face Jaron Ellis or Vergil Ortiz Jr., but it’s hard to get better or more marketable against guys like Veron. Maybe, for Rocha, the time is now. In the second bout of the evening, American contender Lamont Roach Jr. (23-1-1, 9 KOs) put himself back in position for a title shot at super flyweight by defeating the game veteran Colombian Angel Rodriguez (20-2, 10 KOs) by a clear and dominant 12-round unanimous decision (116-112, 116-112, 117-111). Roach Jr. stung Rodriguez in the 3rd, buckled Rodriguez with a straight right hand that had Rodriguez ending the 5th by walking to the wrong corner, and scored some mean body shots in the 8th that fully discouraged Rodriguez from making any further efforts to win the fight. Rodriguez’s best moment of the fight was a shot to Roach’s sack that I suspect cracked the eventual victor’s cup.

While boos rained from the crowd at multiple points in the fight, it’s not as if you could have asked much more from the fast, fundamental, and focused Roach Jr. Rodriguez may not have been in with the same level of competition that Roach Jr. has faced, but he’s a tall, long-armed super featherweight who has never been stopped. Rodriguez was actually competitive through the first three rounds, but Roach Jr.’s class soon came to the fore. Roach is looking for a second title fight in the super fly class after losing a unanimous decision to then WBO champion Jamel Herring in November 2019. Roach Jr. may lack the sort of power that moves the crowd, but he will likely fight for a title again within the next year, and whoever gets him is going to have a handful with his constant pressure, quick hands, tight defense, and excellent balance. Roach Jr. is a very, very good boxer. I think we’ll soon find out if he can be great. Costa Rican Flyweight David Jimenez (12-0, 9 KOs) opened the main fight card on DAZN  by scoring a sizable upset over American title contender Ricardo Sandoval (20-2, 15 KOs) by majority decision (114-112, 114-112, 113-113) in a 12 round tilt. While Jimenez brought a zero in the loss column into the ring, his level of competition was not exactly stellar (Jimenez’s last opponent sported an 11-12 record before climbing over the ropes). Sandoval, who was in line for a title shot in any one of three sanctioning bodies, never exposed Jimenez’s crepe-paper-thin resume – despite winning the punch stat battle by 249-163 and being given an extra point when Jimenez suffered a one-point deduction for holding mid-fight. The entire bout was highly competitive, and when Sandoval clearly hurt Jimenez in the 8th with a wicked body shot, it appeared Sandoval’s far more tested mettle would prove superior. However, Jimenez regained his strength in the 9th and 10th and then knocked down Sandoval with a booming right hook in the 11th. Jimenez hurt Sandoval again in the 12th and convinced the judges that the weight of his blows stood out more than Sandoval’s greater volume. Jimenez, who had never fought outside of Central America before and never gone more than ten rounds, is now in line for an unlikely shot for the WBA flyweight title.