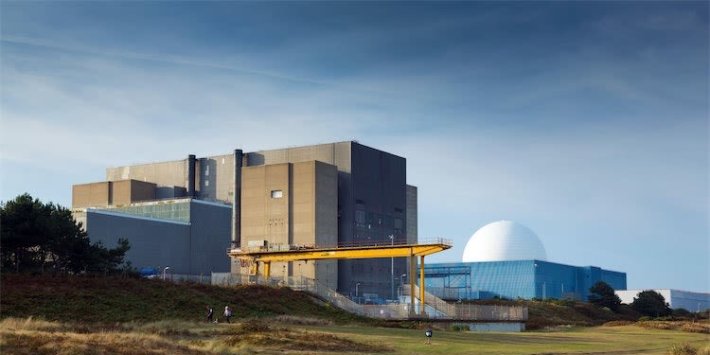 The government is set to commit to accelerating the UK’s nuclear power in its highly anticipated energy security paper by setting out plans to develop at least two new power plants in the UK by 2030.

Prime Minister Boris Johnson, Chancellor Rishi Sunak and Business Secretary Kwasi Kwarteng have spent recent weeks discussing how many new nuclear plants they should aim to build in the coming years, as part of the government’s efforts to produce more energy at home.

The government has delayed the paper’s publication twice as ministers have apparently struggled to agree on specific details like the scale of the expansion of UK nuclear power. Sunak, the Chancellor of the Exchequer, is believed to be wary of how much it will cost to overhaul the UK’s current energy mix, which is currently heavy on imported gas.

PoliticsHome understands the trio have now reached a compromise, with the government expected to announce plans to build at least two new nuclear plants this decade when it publishes the paper on Thursday.

Ministers are already committed to commissioning one new large nuclear plant during this parliament, which is set to come to an end in 2024. As PoliticsHome reported last month, a proposed site in Anglesey, north Wales is the most popular choice within the Cabinet.

Simon Hart, the Secretary of State for Wales, will this week visit a nuclear power plant in Atlanta, Georgia as the plan gets accelerated. The US-power plant was developed by one of the two American companies that is in line to build the new plant in north Wales: Westinghouse. Hart also attended a nuclear industry roundtable hosted by the US Embassy in London last week.

Virginia Crosbie, the Conservative MP for the area where the proposed new power plant would be built, today told PoliticsHome she was “certainly looking forward” to Johnson revealing details of the energy paper on Thursday and that the signs for Wylfa site were “very positive”.

Quarters on Sunday told The Telegraph that while it would be “physically impossible” to build numerous new nuclear power plants in the next few years, six or seven could be built by 2050.

“If we fast forward to 2050, there is a world where we have six or seven sites in the UK. That isn’t going to happen in the next two years. But it’s definitely something that we can aspire to,” he said.

Ministers have vowed to create more domestic energy production after Putin’s attack on Ukraine has impacted energy supplies from the region.

The UK gets less than 4% of its gas from Russia, unlike European countries including Germany which import much greater volumes. However, Putin’s attack has sent global prices soaring and this is contributing directly to a growing cost of living crisis at home.

‘Freeze-thaw battery’ is adept at preserving its own energy

34 years after his Jayhawks won national title, Danny Manning has these words for KU

34 years after his Jayhawks won national title, Danny Manning has these words for KU