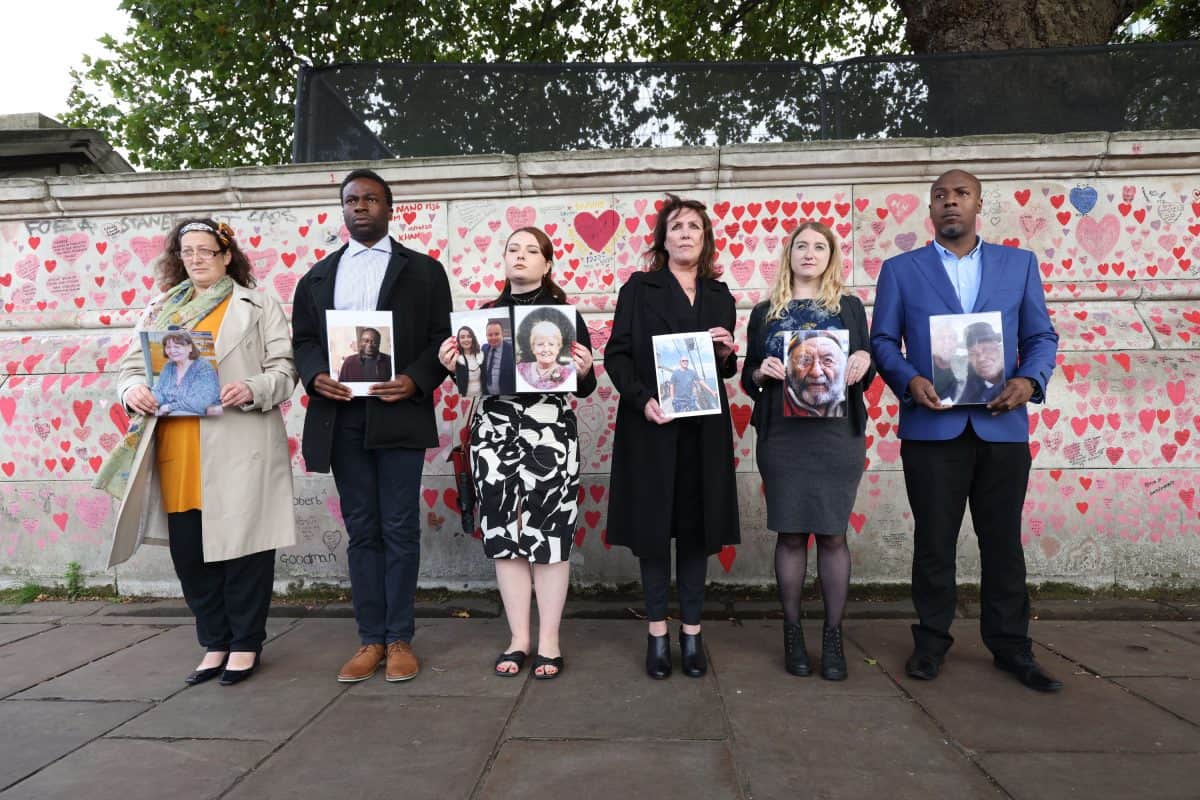 An inquiry into the coronavirus pandemic has accused the government of “misconduct in public office” and gross negligence over its handling of the crisis.

The People’s Covid Inquiry, which heard evidence from February this year until the summer, said there had been “serious governance failures” at Westminster that contributed to tens of thousands of avoidable deaths.

It said the government had failed to act to protect key populations at increased risk, and recommendations from previous pandemic planning exercises had been ignored.

Consideration should be given to bringing charges of misconduct in public office, given the available evidence of failures and the “serious consequences” for the public, it added.

The Keep Our NHS Public campaign group organised the inquiry in the absence of a formal investigation.

The government has said it has committed to holding a full public inquiry next spring as there are lessons to be learned.

Accusing the government of “serious governance failures” in a report published on Wednesday, the People’s Covid Inquiry said: “These contributed to tens of thousands of avoidable deaths and suffering, and they amount to misconduct in public office.”

Its chairman, Michael Mansfield QC, said there had been “dismal failure in the face of manifestly obvious risks”.

He said the probe had identified a “theme of behaviour amounting to gross negligence by the government, whether examined singularly or collectively”.

He continued: “There were lives lost and lives devastated, which was foreseeable and preventable.

“From lack of preparation and coherent policy, unconscionable delay, through to preferred and wasteful procurement, to ministers themselves breaking the rules, the misconduct is earth-shattering.”

The inquiry heard evidence from a range of witnesses and organisations, including academics,  frontline workers and bereaved families.

– The government treated bereaved families with disrespect and ignored their questions

– The government’s delay in issuing advice to healthcare professionals, and advice to the public to rely on NHS 111, contributed to the coronavirus death toll

– There was, and is, a “misplaced over-reliance on vaccines alone”

Mansfield said there had been no accountability, and this could not be offset by the success of the vaccine rollout.

Jo Goodman, co-founder of Covid-19 Bereaved Families for Justice group, which contributed to the inquiry, said: “It’s vital that bereaved families are at the heart of the forthcoming inquiry, and listened to at every turn, and this report evidences exactly why.

“The loss of our loved ones should be used to learn lessons and save lives – something the government should be entirely focused on and dedicated to.”

The report will be formally launched at an event in Westminster on Wednesday morning.

It comes on the heels of a report from the Covid-19 Bereaved Families for Justice group, which set out the key areas it wants the official inquiry to examine.

These include the “mishandling” of the NHS 111 service, pandemic preparedness, and the disproportionate impact on black, Asian and minority ethnic groups.

A government spokeswoman said: “Covid-19 is an unprecedented pandemic which has challenged health systems around the world.

“Thanks to our collective national effort, our preparedness plans, and our frontline NHS workers, we have saved lives, vaccinated tens of millions of people and prevented the NHS from being overwhelmed.

“We prepared for a range of scenarios, and by deploying key elements of our flu preparedness plans we were able to develop new means to tackle the virus quickly such as by setting up our national testing programme and rolling out millions of vaccines.

“Every death from this virus is a tragedy and we have always said there are still lessons to be learned from the pandemic, which is why we have committed to a full public inquiry in spring.”